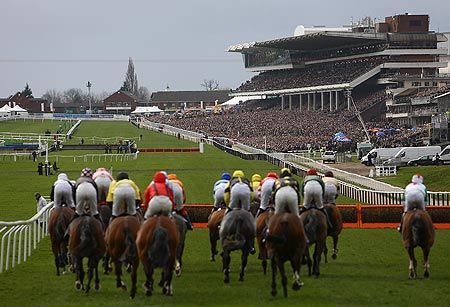 It was my first ‘proper’ Cheltenham trading so I proceeded with caution at first, something that went out the window a bit a few races down the line.

Once the afternoon had got going I felt rather confident!

What I didn’t consider was; how I needed to adapt back to ‘normal’ trading mode for the in-between low-grade races. This was to be my downfall today unfortunately.

As you can see, Southwell caught me out the most. I was probably using stakes a little too large, and thinking about it. Cheltenham was the race after so it was bound to be even less fluid. A new lesson learnt? Definitely, unfortunately I may forget by the time it comes next year! My memory is terrible…

Also I found it a little frustrating at times as I was scratching positions only to find someone was taking the same decisions at the same time.Or it felt like that at least, most of the time they were a bit faster. I wondered if it was down to my internet speed, but on second thought that’s a little far-fetched probably. Around 4 – 5 times I went to take a scratch, missed it, and frustratingly had to take the loss instead!

The 3.20 was my best result which I was rather happy with. It’s no surprise though, being the feature race. If I can bag a few of those tomorrow minus the stupid mistakes ill be happy.

I managed to turn over my whole bank 3 and 1/2 times! To some of the pro’s that’s probably nothing but I don’t think I’ve been quite so bold before.

Here’s a quick breakdown of that race: