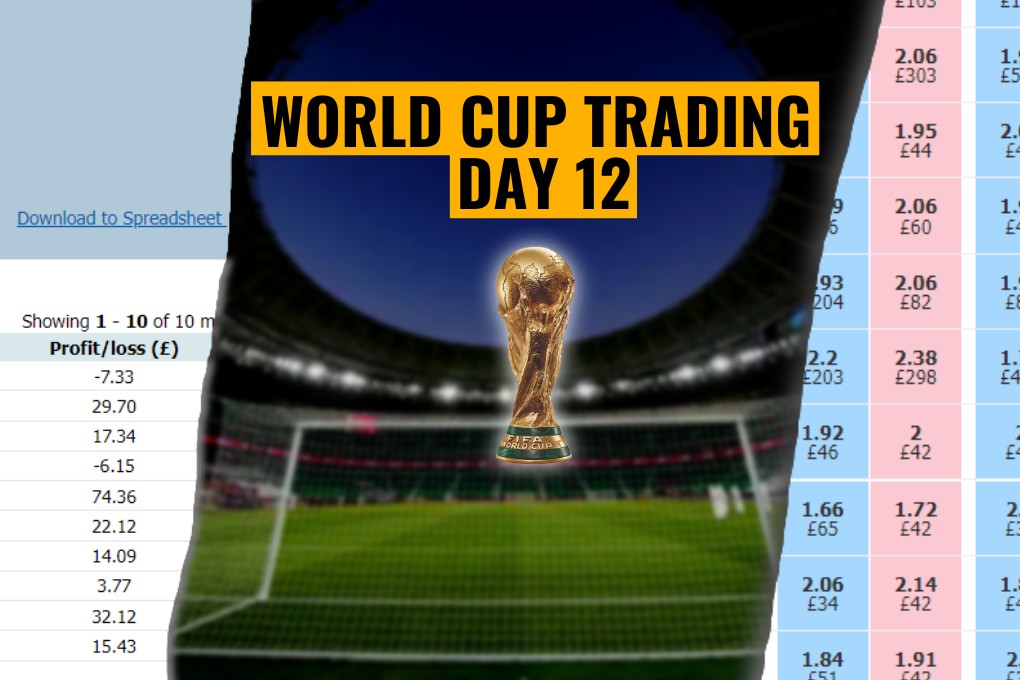 We’re ticking down on the group stage now, with just two days left before the knockouts. I have really enjoyed trading the group stages, I’ll be sad to see it go!

Thursday is the end of Group E and F with two interesting situations. Obviously, Group F looks very spicy heading into the final round of fixtures, it should be a good day ahead.

The schedule for Thursday is:

I’d assume most people will be watching Croatia v Belgium at the same time. Ideally, I would like to play the early under 2.5 goals trade here, but I am worried about Canada not being too bothered about this one given they are out. After beating Belgium, Morocco only need a draw to get through, which would be a massive achievement. Surely that will affect their tactics, and Morocco have been rock solid at the back too. Although I’m happy to play the trade, I’m keeping stakes to a minimum because Canada did create an xG of 2.9 against Belgium, and obviously they have nothing to play for. Morocco will want this game to be as uneventful as they can, while Canada can just enjoy themselves. Interesting dynamic to the game, but I still feel we can see no goals in the first 20/25 minutes. I really don’t want to be involved in this game in the second half.

I have a minor trade on Canada v Morocco in the other game, but it’s going to be hard to not keep an eye on this game too. This is a massive fixture, and it’s going to be a highly enjoyable one too. The Belgium v Morocco game went absolutely perfectly for us with a slow start and then laying Belgium. As I highlighted before that game, there are so many red flags around Belgium at this tournament. Even leaving aside all the rumours on Twitter of trouble within the camp, they conceded an xG of 2.90 to Canada which is a woeful performance. They have only created 0.98 and 1.23 which is poor for the amount of talent they have on paper. We have a massively open market here – the most open of the World Cup so far, but I don’t want to touch Belgium here. I’ll be keen to pick moments to lay Belgium, but with them needing a win I’m going to stay away from trading under or scalping the goals market. Wouldn’t be at all surprised to see Croatia win. Anyone that is a fan of xG are surely seeing massive red flags with Belgium.

Germany are trading the shortest price of the World Cup to win this. Currently 1.13. Costa Rica done them the biggest favour of all beating Japan and clearing the way to the knockouts despite losing to Japan! My trading plan here is simple – do nothing for the first half and see where we are at half-time. There are a couple of second-half strategies from the Football Course that could easily fit into this game, but let’s see how many Germany scores in the first half.

Can you believe Japan losing to Costa Rica after beating Germany? That’s the stuff of nightmares. They’ll never forgive themselves. To pull off getting out of this group too, is incredible. A draw will be good enough for Spain to top the group if Germany, as expected, beat Costa Rica, so maybe we could see that impact their tactics a little. With Germany likely to hammer Costa Rica, a draw won’t be good enough for Japan though, so we could see an open game. They conceded a host of chances against Germany so I’m going to stay away from the unders trade here. This is just a game where I don’t have a strong opinion so the main tactic for tonight will see where we stand with the Germany game. This is likely a game to just watch and see does anything pop up.