I haven’t always been a professional Betfair trader. In fact, I come from the complete opposite end of the spectrum you’d expect to see a financial trader. Here’s a little more insight into my story, and how I came to be a high-earner through the use of online betting exchanges.

Most of my life I was just stumbling along without any real purpose.

I didn’t know what I wanted to do, let alone how I was going to achieve it. I’d always wanted to get ahead as many do, although I wasn’t gifted a ‘trump hand’ when it comes to the lottery of life, and guidance was sparse.

After a sequence of events in 2008, everything changed.

Here’s how it happened… 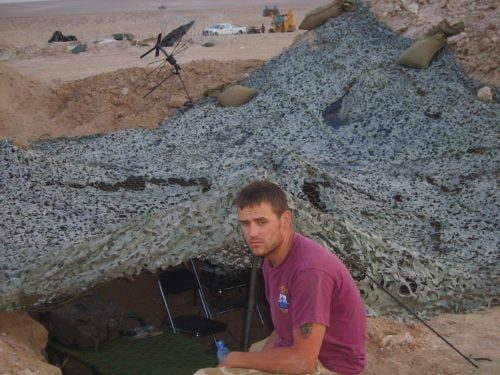 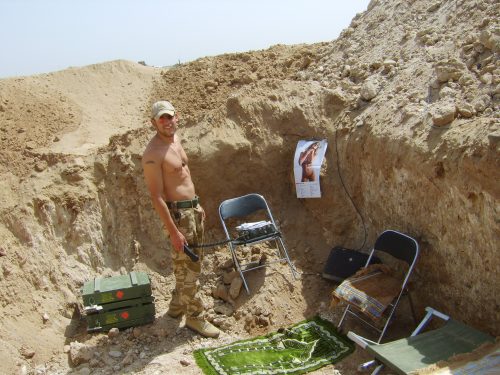 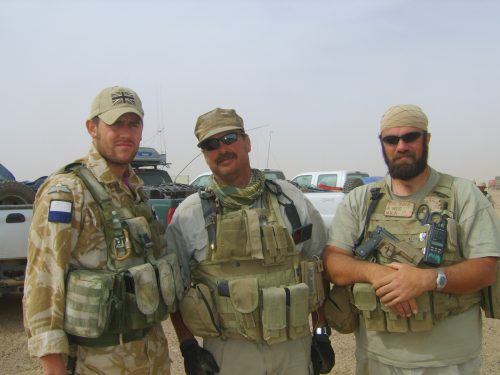 I grew up in a small seaside town called Clacton-On-Sea. I didn’t necessarily realise it then, but it was a dead-start.

Having finished school early, I spent my younger years mixing with the wrong crowds, getting in trouble was a regular theme. I didn’t know what I wanted to do with my life, simple things like living arrangements were often a problem. Most of the time I felt like I was just trying to survive from one day to the next.

Quickly I realised the situations and trouble I was getting into were getting somewhat more serious. Being fed up of sofa surfing, being totally broke and feeling somewhat vulnerable I knew was time to take control of my life. But I didn’t have a clue how…

At 17 I was flipping burgers at Mc Donald’s for a living. Labouring over a hot grill, working 16-hour shifts for the minimum wage. I absolutely hated it – and often felt as though I could have done a far better job than those running the store, despite having no qualifications. Eventually, I got my final warning for being late to work (a regular occurrence, usually waking up hung-over from the night before).

Receiving the disciplinary was to be a wake-up call for me, not for the fear of losing my job, but because the person giving me it meant a lot at the time. This was probably the first point I made the conscious decision to take action and make some bold changes. It wasn’t easy.

And so I joined the Army. It was the ideal answer, giving me somewhere to live, new friends and more money.

I spent the next 7 years bouncing around the country (still lost). During that time I deployed to the Middle East on several tours of duty, passed the infamous P-Company selection and saw plenty of active service. Whatever I applied myself to I did well, although my attitude and impatience would regularly let me down…

Within a few days of the middle picture above, my whole life changed forever. I’ll never forget it.

I’d been assigned a specialist role within days of arriving on tour, a last-minute thing, unplanned. I was to be spending the next few months outside of camp, working along-side a group of mercenary contractors. Not an average task, excited and young I was eager to take on the task. Looking back; I didn’t even realise what I was volunteering myself for. Crazy times were ahead…

Fast-forward six weeks and the moment came, even as I write it the hair stands up on my neck.

We hadn’t been able to move the location for around two weeks due to relentless attacks. It must have been around 8 pm, the worst attack we’d endured. Slumped in the corner of a trench (background of the second picture above) the smell of burning metal and charred camouflage net above, half-covered in rubble dislodged from the mounds surrounding us. I found myself completely relaxed, motionless, grasping a photo of my fiancee at the time. I’d reached this odd feeling of acceptance, waiting for the impending doom at any moment. I don’t know how else to describe it.

Fortunately, that moment never came. Little Gaz (younger soldier under me for the attachment) and I celebrated with a cigarette, I remember he thought it was hilarious as I didn’t even smoke.

It was in that moment that I realised my life had to change. It’d been fun, but I didn’t want to die and the contractors we were working alongside were being paid what I earn’t in a year that month.

Shortly after getting back to the UK I found out my partner was pregnant. With the growing responsibility of my first Son on the way, I found myself once more thinking; I had to do something drastic.

To build the life I wanted for both myself and my family I would need a far bigger income. As I see it, this would allow me the freedom of having more spare time with them too. But much like before, I hadn’t a clue how I was going to do it.

During my time in the Army, I had been exploring betting. Much like many do, I wanted to raise extra income without hard work. I didn’t realise how a book was made or the numbers behind it back then, unsurprisingly my results were unsuccessful even when I did have a good run.

It was around 2009 I came across Betfair trading. Quite quickly I could see it was possible to profit consistently, more interestingly it seemed possible to make sums of money I had only dreamed of previously.

After dabbling with different ideas and watching the markets move I became obsessed with the idea. This was the ticket that could show me a way out of my current situation and provide the time and money I wanted and needed so much. What’s more, I could do it all watching a sport I enjoyed, the thought was pretty exciting and I knew it was something I had to pursue!

Starting out in 2009 was like walking into the abyss. There was practically no Betfair trading courses around, despite many making a lot of money.

I began by firstly looking at successful trader’s blogs. I studied them, read through old posts and tried to build on any hints they gave away.

I knew instantly it was an amazing opportunity, to have a fraction of their returns would put me ahead of my mediocre wage. Everyone around me said I was mad, but I refused to listen with the opportunity in front of me!

However, I wasn’t always right. And making money wasn’t all rosy, to begin with. I learned a lot of my lessons the hard way, as I can you can agree – the markets can be complex, getting to grips with them can be a costly and time-consuming process.

But as with anything in life; time and persistence will get you where you want. Before success comes commitment. It’s got me where I am today and I don’t regret it one bit! 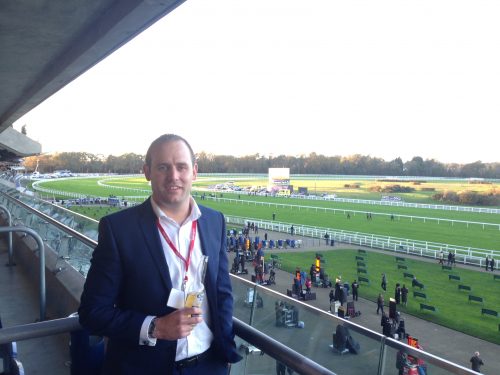 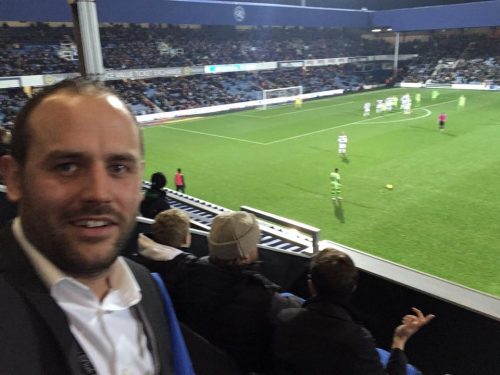 I don’t regret any of my life decisions, such as joining the Army. I believe they have made me the successful person I am today.

I feel that I’ve made it in life, and at last, I have all the things that are important to me. Best of all, I did it all by doing something I enjoy every day! After all, who wouldn’t to be their own boss, work a couple of hours a day, and have an income that most people dream of – with the opportunity to increase it exponentially.

One thing I’ve learned about myself on the way is; progress is happiness for me. The markets offer me the opportunity to continually progress, unlike other jobs, for me, it’s a perfect match!

Having been in the Army, in an environment where discipline was forced upon me every single day. I realised that I didn’t want a boss breathing down my neck anymore. I wanted the independence to do what I wanted when I wanted. Since trading full-time I feel like my life’s my own. I work whenever I feel like it, and when I don’t feel like it, I don’t.

It’s great and for that reason alone. Giving Betfair my full attention was the biggest and smartest step I’ve ever made in my life. Once my balance was beginning to show more and more profits, I realised that trading wasn’t for just the “gifted” or “special” people. It’s something that anyone can master.

Now when I tell people what I do for a living, and how many hours I work, they look at me in disbelief rather than tell me it’s not possible – the truth is, it is possible, as if I can go from dropping out of school, flipping burgers and getting shot at for a living to trading Betfair full-time, I believe anybody can. But in order to succeed, I had to believe and commit first…

Currently, I spend my days in the markets and updating the blog. One of the biggest frustrations for me on my journey to success was a lack of knowledge and other traders to talk to about the markets, or sometimes even finding someone who could relate. With the Blog, Facebook and Twitter it shouldn’t be the case anymore, particularly for those starting out.

The truth is you don’t need to be special at all, it just takes some common sense, self-control, and commitment.

“Many of life’s failures are people who did not realize how close they were to success when they gave up” – Thomas Edison.

I hope you enjoy the site and its content. The Blog is full of useful hints along the way, be sure to make the most of them for a quick start…

I’ve no doubt they can aid you in replicating what I have already achieved. Learn from my mistakes and financial pain is always going to be faster, and more comfortable than your own!

I wish you every success!!

Get trading lessons to your inbox for free… 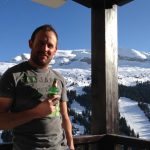 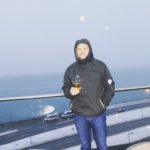 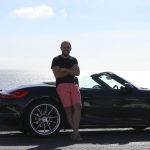 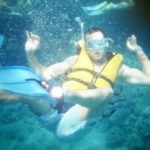 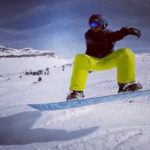