Do you find your results go win, win, win, big loss? Absolutely wiping your bank out in the process.

Take a look at these three problems, they’re huge (in my opinion) for anybody learning to trade betting exchanges.

But it happens to all of us, it’s quite normal. The trick ever there was one is to avoid them early…

Hopefully, by the end of this post you will:

…so lets get cracking!

One of the reasons those win, win, win, big loss results occur is because they catch people out…

Would you expect a 19 runner national hunt flat race at 5.30pm to trade the same as the feature race at 3pm? with only 10 runners (a high profile handicap). They have a totally different makeup for a start!

Also, would you be looking to use the same size stakes?

One of the two is likely to have higher betting volumes, more unmatched money and less horses to absorb the liquidity. The other, the total opposite.

In one of those situations, I can get away with using enhanced stakes quite freely. Now I don’t want to go into it too much, because that’s what the pre-race trading guide and the video pack are for – but it’s important to highlighting the difference.

If you don’t see it, it’s a BIG problem.

Logically, the answer should be easy!

For the different situations you’ll want to adapt your approach and trading styles between swing trading and scalping respectively. It just makes sense to.

Failure to do so is undoubtedly going to put you back on the win, win, win, big loser train.

Moving on, the next screecher of a problem that inevitably ends with a disproportionate loss would be; going in-play when it wasn’t planned.

Notice I said when it wasn’t planned – because sometimes going in-play is good. But only with a reason, such as backing to lay. I must hold my hands up though, if you look back through this very blog – I had a problem with going in-play (unplanned) very early on.

When trading a very short race, maybe six furlongs for example. It’s not unusual to see the price half in as little as 4-5 seconds. You DON’T want to be on the wrong side of that! It’s seriously painful.

When you think about it, such a move is like reverse dobbing. Half your trading stake will be gone in the blink of an eye. Sure, you could profit from it – but that’s just gambling. Not something I’m interested in…

It’s not uncommon for new traders to do this, sat there like a rabbit in the headlights as their money disappears. Worse still, if you laid the selection and took it in-play, you could be waving goodbye to your entire bank.

In places, you’ll see others saying it’s OK to do this when… at which point I switch off, it’s just not. Sooner or later probability is going to pull your pants down.

Point two covered – the message is clear; just don’t bloody do it! take the loss.

Long time readers will know I’m a big advocate of working out what’s at the route of the problem. It fascinates me, what drives certain behaviours, patterns and movement. Both in and out of the markets. Your own personal attitude towards everything you do and see is huge.

End up in one of those bad moods? You may as well knock trading on the head for the day.

In many cases, traders (myself included) have reported that win, win, win big loss being directly inline with something else that happened. Maybe you got some bad news? or perhaps an external relationship has your mind elsewhere… there are heaps of reasons for this, but external influences that change your attitude both before and during trading need to be cut out. Quite literally. 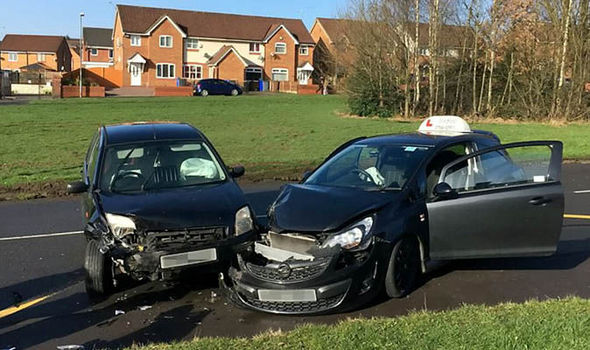 This is also why people that are overly negative, and have a bad attitude rarely make good traders.

To put this into context, I’ll tell you about something that happened to me – when I was learning to trade. I was at that stage were I’d become a little profitable, and trading was still rather ‘exciting’ or at least the idea of making money easily was anyway.

On this particular day, I had rushed home for a dental appointment. I got changed, had to fly out for the appointment, rushed off down the road, had my checkup, left the dentist and was on the way home to catch a few races…

To be honest I was probably driving a little quicker than I should have been.

Where I lived at the time, there was a narrow country road. I came down the narrow road, where often people have to give way. On this occasion, I thought, “I can get through that gap” I was in such a hurry (totally stupid). I wanted to get on and get trading.

I went through this gap, scratched up the side of my car – so stupid. It put me in a bit of a bad mood too, but I was still hell-bent on trading. Having had a dental appointment, I felt as though I’d missed out on several races anyway. Ludicrous when I look back at it.

And so, as you may have guessed, I proceeded to trade what was left (poor attitude intact). This was then amplified by an initial loss, it just got worse and worse.

The point here is:

Sometimes it’s easier to learn from such experiences through making the mistake. Although I wouldn’t advise it, please draw on mine!