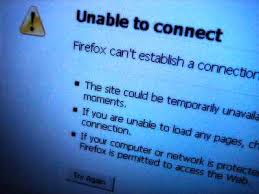 Hey guys! What a nightmare…

I’ve had this week! As I previously said I’ve gone away for a month on a course to become qualified in other areas I really don’t intend on using such things although its always good to have a safety net to fall back on I suppose.

That said I tipped up at the hotel I would be staying in for the course and having previously checked the hotels download speed was not 12 mbps. As they said but even worse there upload speed is 0.06 mbps. Is that even classed as a connection?!?!

So, the panic began! I rushed down to the local ASDA after a conversation on the phone to Vodafone they claimed I’d get between 3 – 6 mbps on a 3G dongle.  As suspected, it wasn’t as much. Connection not being a trad able, at this point I noticed a flyer in the room advertising Orange WiFi hot-spots. Duly paid the £4.50 for 24 hours of usage. Not a lot if it was going to allow me to trade. Sweet bliss! in and booming to the tune of 6 Mbps download and 2 Mbps upload. Faster than my home connection.

Great until I hit the enter button after putting in my Betfair details. “Betfair has detected you are accessing Betfair from a destination in a country where its use is not permitted: France” GUTTED!! Phoned them up and yes their servers supplying the WiFi run from France. You just couldn’t make it up. Back to square one.

Although I can use and one that is rapid that I cannot access the exchange on! After much fiddling about I’ve discovered if I hang the dongle out the window on an extension cable and get it just right I have enough speed to trade. Dangerous though eh? Iits reliability I’m not so sure of though.

I may attempt to trade a little from time to time with small stakes but it’s gonna have to be just the weekends until half way though next month I suppose. A shame as my results were going well of late. I haven’t traded since the 18th but at that point I’d already reached £1084.44 … almost the same for the entire last month! Hey ho onward and upwards I suppose…

Next month ill be going ‘Pro’ so suppose it’s when the real fireworks can start woo hoo, can’t wait!