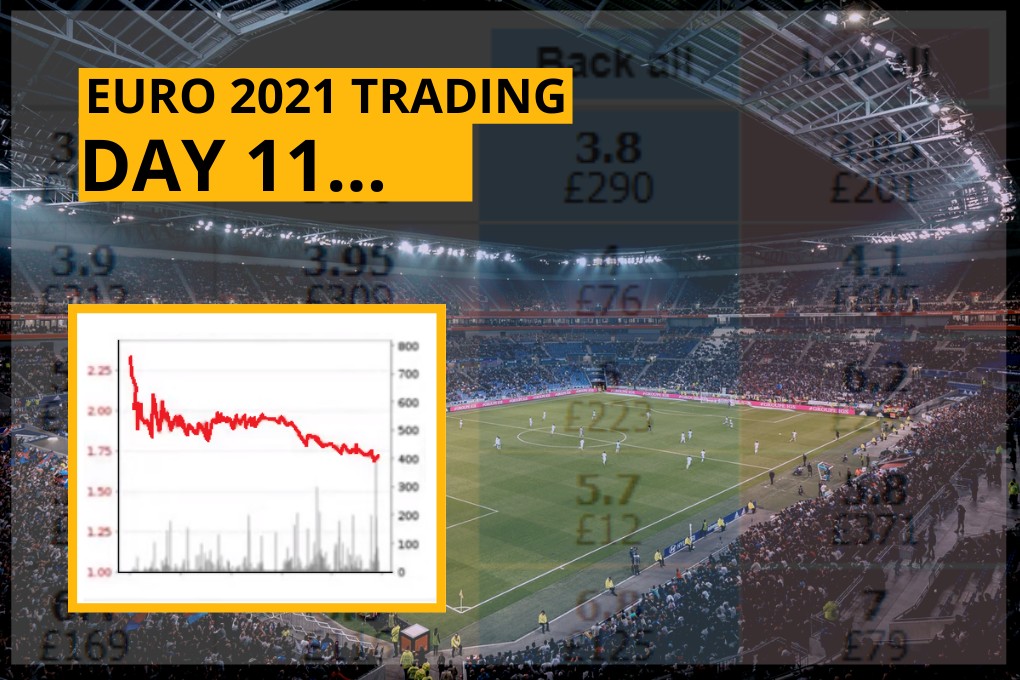 Another week at the Euros and there’s some proper action ahead. Furthermore, there will be some excellent trading opportunities over the next few days with teams needing a win or draw. 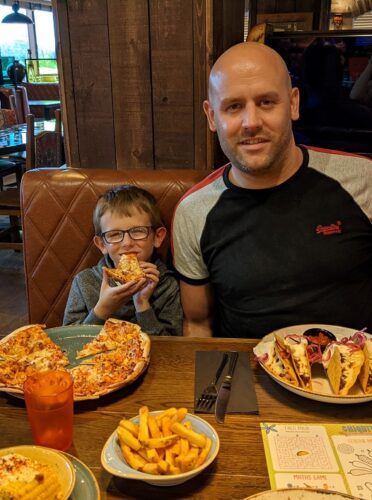 Yesterday was a quiet one for me taking the opportunity to enjoy Fathers Day fully. The little scamp to the right was pretty keen on taking me out for dinner to celebrate it.

…or was it just a tactic to get his favourite pizza? I wonder.

Today we have a game people could be talking about in ten years time. Ukraine and Austria both need a draw and as I type the draw’s price is 2.12. Fair to say, that’s going to be a fascinating market from a trading perspective.

I was very busy with Royal Ascot on Saturday, and I was surprised to see Germany hammer Portugal.

Let’s call a spade a spade here… who’s gonna watch this match when the draw price is 2.12 between Ukraine and Austria with the same kick off time!

The Netherlands are 1.35 here and should win. We saw France upset the odds on Saturday with a 1-1 draw when they started more or less the same price. These games are difficult to form a rock-solid opinion ahead of time. You aren’t getting rich backing them, it takes longer for them to drift and on paper there aren’t obvious reasons to lay them. The best angle I see in is the accelerated time decay in the second half but then at the same time, you’re nearly hiding behind the couch because they always have the ball.

The Netherlands really impressed me against Austria. They had an xG of 3.53 and controlled the game. Their issues at the back will come to light in the knockouts, but they’ll be fine here. North Macedonia have played an open game, and although I’ll be watching Ukraine v Austria – I expect to see a lot of goal updates in this game. Surprised over 2.5 goals is 1.66 and the last 15 stats make it a potential play. Any Other Away Win could be worth watching too. This isn’t a game to trade unders or nip a quick profit with some simple scalps. I think I’ll be avoiding the Netherlands for those tactics for the whole tournament.

We’ve actually had some classic examples of this in the past. I mention them in this YouTube video below…

Anyway, back to Ukraine v Austria.

Both have three points and a draw would see both through with the third-place rankings. This is actually the most interesting game of the tournament for me. What will the tactics be?

We could see a very low tempo game where neither want to score and both just defend. However, if someone scores – they ain’t going to let the others score so the whole idea that the draw is a banker is hugely flawed from that point of view. If I felt both sides were actually predicting a draw, I’d rather back 0-0 at 4.8 than the draw at 2.12. Of course, we have the classic example of Denmark v Sweden in the video but I can’t see a crazy 2-2 here again.

There’s a handful of options here from a trading point of view that can be used to benefit us:

It’s all fascinating. It’s the psychological element too isn’t it; what are the teams thinking? I can’t wait for this game and market.

This is a big change from the normal market, and where there is change, there is an opportunity!

There’s another great situation in group B but the teams in question aren’t playing each other. I have to say just leaving aside trading for a moment, I really f**king hope Denmark get through. They have been unlucky, and they deserve a bit of luck after everything that happened. Belgium is the same price as the Netherlands above, and I don’t like the look of this game either. There is a small angle in the sense that Finland will be defending for their lives as a draw would suit them. So you could benefit from an unders trade or scalp on the way down with market pressure in the first half. But, do you want to do that when Belgium are likely to have a lot of the ball? It’s a dangerous situation for me. Maybe it’s worth it if de Bruyne doesn’t start as he completely changed the game against Denmark but I wouldn’t fancy being on unders with Belgium in flying form. It is tempting though as the market is more or less 2.0 overs/unders, so you could get a quick ten ticks or so. Let’s see how Belgium start the game. Also, towards the end of the game a draw would suit Belgium too. I don’t expect to see them busting a gut to win when a draw tops the group too so you can benefit from accelerated time decay in the last 15-10 minutes too. Again, small stakes if Belgium have their tails up attacking because they’re so dangerous.

I bloody hope Denmark win. Belgium needs to beat Finland too, and this is definitely a situation where you want to be watching both games. Russia will be playing for a draw so expect them to have XI behind the ball. Tbh that’s all they can do as they look bang average. The Finland v Russia game was very close and we benefited from the early unders trade. Russia scored before HT and then it was a pretty dull second half. I’m not afraid of being against Russia going forward. With one side expected to sit back so much and the over/unders market close to 2.0, we could see the early unders trade go well. Denmark has created a lot though so be very wary of that. An xG of 2.09 against Finland and then 1.99 against Belgium.

I’m going to target the early unders play with some scalping on the way down, but limit stakes given Denmark have played so well. After that, I’m keeping an open mind going into these two 8pm games as we could see a lot of options in the second half develop. A draw suits Russia remember, so they’re going to cling onto that for their lives in the second half if they have it. This is another time decay situation when they’ll be time wasting etc.

Monday is a proper fascinating day. Let me know what you think of the Ukraine v Austria draw price!