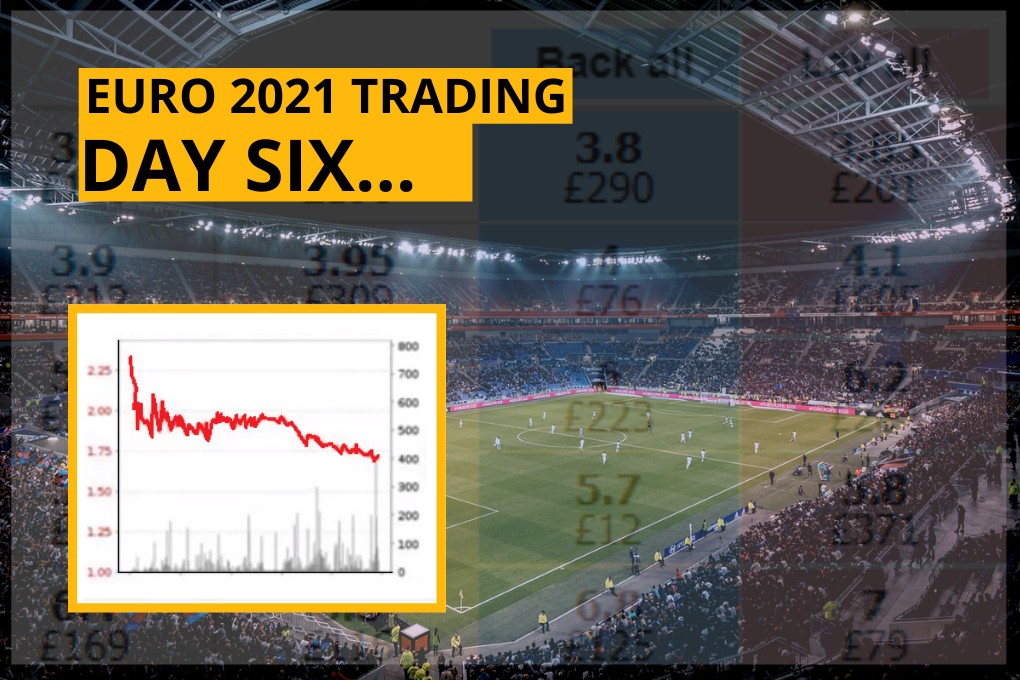 The games are flying along at the Euros, and it’s a hectic week with Royal Ascot too, so here’s a super-quick post…

Tuesday was easier because the first Euro match didn’t kick off until 5, but today is the first real hectic day with three games from 2pm and Ascot at the same time. No question, there’s less activity at Ascot in comparison to previous years where this level of football wasn’t on.

The first hurdle is picking your battles and doubling down on the right strategy and area of focus. I’d recommend focusing on the best opportunity, rather than the bigger sporting event. Something the past has taught me is; take a break, don’t try to trade everything!

If you don’t I guarantee you’ll regret it.

Yesterday was a dream to be honest. The plans went pretty much exactly as I thought! A slow start and a late Portugal goal was a jackpot, then with France scoring first I was able to take full advantage of the 2.8. I locked in the trade with 20 minutes left and enjoyed a beer.

Fair play to him. Hopefully, he makes a full recovery… 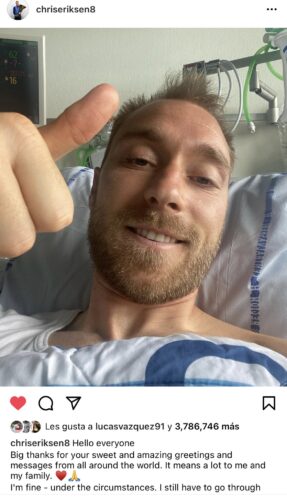 We’re into the second games in the group stage now. We should know a little more having seen the opening games, but I would put a heavier weight on the long-term stats and trends rather than a one-off game. There were a lot of interesting xG figures returned in the opening games. Let’s see how the market prices teams for the rest of the week.

At first glance, it looks like it’ll be a quieter day for goals. My thoughts on each game are below.

I’m sure Finland didn’t enjoy the Christian Eriksen incident, but they really benefitted from it. The Denmark team said what an emotional day it was afterwards and although they wanted to play, they didn’t have the energy. It’s sort of something you only discover after you do it. Fair play to them for playing, but Finland benefitted. Russia was made to look woeful against Belgium, but then again Belgium has one of the best sides around.

Looking at the stats and xG figures, this should be a poor game. Both sides are quite boring and negative. Finland really doesn’t create much. Even with all the Eriksen emotional element, Denmark still created an xG of 2.09 compared to Finland’s 0.41. Finland will target set pieces, and so will Russia probably, but that seems the best way they can score. I think this game screams an unders trade and early scalping. Perhaps even under 0.5 first-half goals although there’s no comeback when a goal goes in. It’s worth the risk here because it can quickly flick over from 1.6 overs to 1.6 unders. Both sides had an average goal time of 37+ minutes in qualifying, and both started the Euros an xG of under 0.5. Nothing says goals here – cue 4-4!

I don’t particularly agree with Russia being odds on here. They are the better side, but I can’t have them odds on. That’s one to keep in mind too as the game goes on but the action will be with unders here for me. Time decay on Russia might be the target in the second half if we get to HT at 0-0.

This is another game with two sides who got made look very average in their first game. Wales were very lucky to draw 1-1 – they only created an xG of 0.57 and conceded 2.6. Turkey were hammered by Italy in a game that was a dream for trading on Day 1. Under 2.5 goals is a few ticks shorter here compared to the first game, so that will have to be factored into the time decay and trading plan, but the plan for this game will be more or less the same as Finland v Russia. Wales have been focused on defending lately and that has cost them going forward. Turkey didn’t see much of the ball against Italy and their tactics were basically to sit back and defend. When Italy scored, they tried to open up and got hammered as expected.

I expect a very cagey first half here. An unders trade and stealing a few ticks defensively is the way too go. Even if a goal went against me here, I would take it on the chin and try the same tactics again because it’s hard to see goals. Turkey’s average goal time in qualifying, when they were playing well to be fair, was into the second half. Wales don’t score many, and the goal against Switzerland came against the run of play.

No real opinion on the match odds market here. Turkey looks a little short in a close game. I’d be happy to try and get some time decay in the second half – whoever is leading, the draw if it’s level, unders in the goal market etc.

First thoughts here is Italy are a little short at 1.61. Switzerland played well against Wales, they were just unlucky not to score more. I reckon a lot of people are getting carried away with Italy from the first game – Turkey are bang average. Let’s see how they do here. I’ve no real opinion here, and this is a game to enjoy from the beer garden after (hopefully) two good games.

Nothing jumps off the page on the stats front. Switzerland’s average goal time is a little high so the natural thing could be the early scalp on unders but I think these two will gel together, and it’ll be a good game with plenty of chances. I don’t want to be sitting with a big stake on unders. Perhaps if the in-play stats back it up, you could target the last 15 or some of the other second-half strategies that involve goals.

Whatever you do, manage the downside!

…and keep an eye out for the next update.