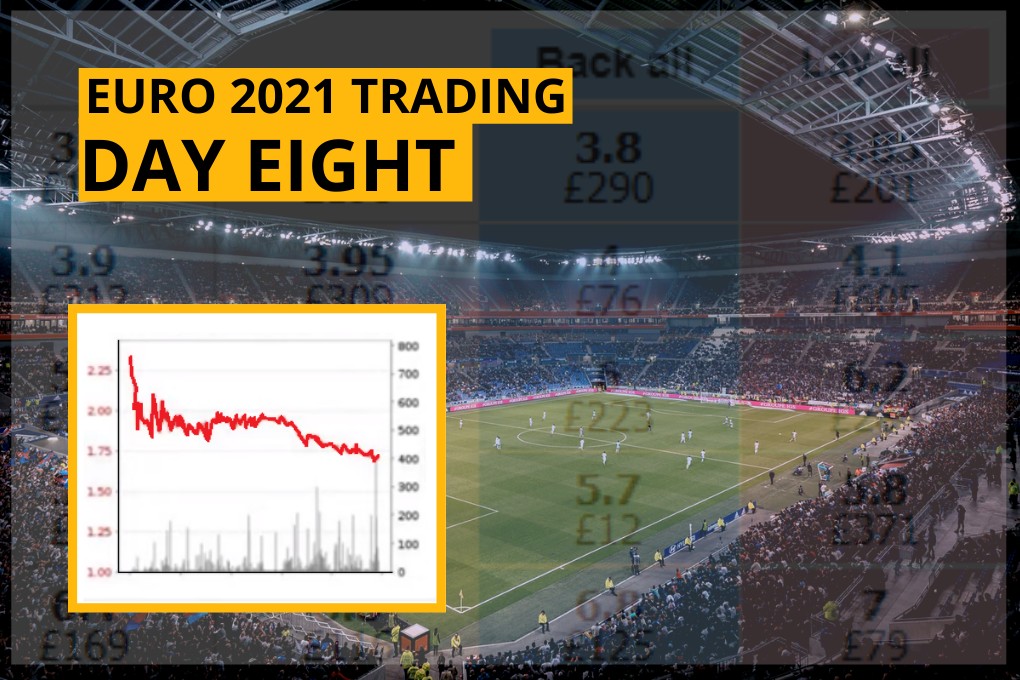 Day eight at the Euros and I am buzzing for England v Scotland. Isn’t everyone?

Kick off at 8pm is ideal. The Croatia game was nice for a BBQ on Sunday, but it did mean the rest of the day was a write-off haha!

It’s been a case of so good, so far for the Euros. Let me know how you’re getting on in the comments, some games have been textbook. But with Royal Ascot on again, I’ll drive straight into my thoughts on Friday’s games. It’s been a hectic week…

Group E became one of the more interesting groups when Slovakia beat Poland and Spain drew with Sweden. I was surprised to see Slovakia win as their stats are bang average. They were relegated in the Nations League and one win against Poland doesn’t change much for me. They still conceded an xG of 1.76 too. Their average goal time in qualifying was 41 minutes and they didn’t create much against Poland – their first goal was an OG. Sweden are a better side than Slovakia, but they aren’t a side you want to support either. Basically, I don’t trust Sweden to get the job done here. I’m happy to take a pass on the 1.88.

There’s no real quality in this game, so I’m not keen on late goals. The strategy for this game will be to look for signals for a possible early unders trade or scalp at the market at it’s ticking down. For me, it’s likely I’ll be all eyes on Ascot instead (it’s just an easier opportunity for me).

Sweden’s average goal time in qualifying was 31 minutes. Slovakia doesn’t need to chase this game after winning the first game. A draw would probably do them considering the third-place rankings. What puts me off being very confident on the no early goal is the Spain v Sweden game was quite open. It finished 0-0, but could have had four goals looking at xG…

I’m really sweet on Croatia here at 2.2+. I do have worries though, Modic can’t carry the side forever, and they didn’t create much against England. But when I look at the stats I really want to be against the Czech Republic. On paper, everyone might say they easily beat Scotland 2-0 but they conceded an xG of 2.29. Scotland rarely creates an xG as big as that, and that’s a huge red flag for me. Croatia is a much better side than Scotland too, so it’s just a case of them putting everything together here. My worry is that they aren’t really reliable lately, and I’m hesitant to fully commit. The best strategy here is to see how the game starts, what Croatia are creating and how play is going. Follow Infogol for the latest updates and in-play stats.

For the goals market, both sides have an average goal time that puts me off trading unders in the first half.

Under 2.5 goals looks pretty fair at 1.7. I really don’t see an angle here bar the Croatia win, just because they offer a lot of value at 2.2+. I hope to get bigger in-running or find an ideal time to back them when they are building up pressure. That will be my only target in this game, nothing else appeals.

England are 1.35 on Betfair currently. They should hammer Scotland, but it’s always an interesting game. The bars will be hoping come 8pm. I’m going to enjoy a few beers with mates for this one as there isn’t a strategy angle that interests me here. There’s a huge gulf in class so I’m not keen to jump on in, England don’t have an average goal time to support that trade anyway. Scotland actually played well against the Czech Republic if you look at the xG figures so maybe we’ll see goals.

As you can tell from reading my views, today will be a little quiet. This is as good as an example as when I’m really confident, though. There are some golden opportunities, and then there are some average games where you don’t want to be involved. That’s OK. Sometimes the best trade is no trade. A quiet start to Sweden v Slovakia and a Croatia win would be ideal before the England game!