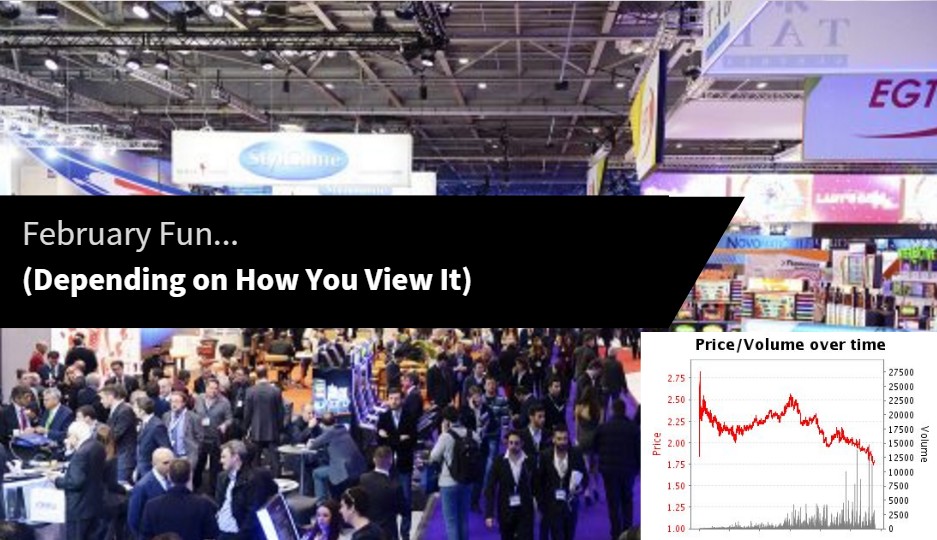 Typically February is a dead month…

Aside from October and it’s one of my least favourable months of the year when it comes to trading.

Why? the racing is $h!te, there’s no point beating about the bush. It’s just how it is. Obviously there’s still plenty of cash to be scooped, but it’s never as fun as the summer months. Race-cards are routinely cancelled, poor weather can play havoc with scheduling, and the quality of racing isn’t much better.

I thought I’d take the opportunity to slip in this slightly more personal post after the recent ‘dry’ but useful educational ones.

We started with a bloody good bombing!!! 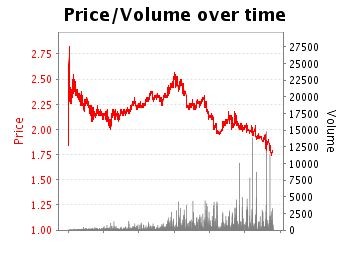 You know, just a few casual bets of £10,000 plus. It started right at the beginning of the month, although didn’t carry on that long. As always the best opportunities are the first few in which this happens. By the 5th race everyone and his dog are just waiting for it. I posted up on twitter the first time it happened as it looked as though it could have been a genuine gamble.

The second time around I had a look over the road and PeeWee was filling his boots too! It’s times like that you see who’s actually in the markets. It was good to see a few followers done well out it too.

But the fun was short-lived, unfortunately… and we’re back to the usual February racing. Roll on Cheltenham…

It’s not all doom and gloom though. I managed to get out a couple of times this month so far. Once to the races and another to ‘ICE totally gaming’ for a few beers, some scantily clad women and… a lot of fruit machines. Clearly they’re the easiest method of extracting money from the ‘recreational’ punters.

Having seen Peter there he told me he’d been frog-marched away for trying to make a YouTube video in-front of all the machines. Hardly suprising as I’m sure he wasn’t talking about what a good opportunity they are to use…

Either way, it was an excuse to get out the office, catch a few meetings and see what it was all about. I’ll probably not bother going next year thought in truth. 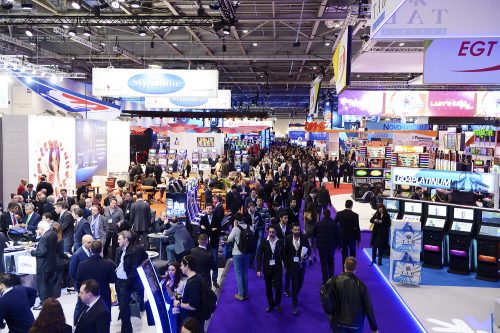 So it depends on how you view it. Is trading the only thing that constitutes ‘fun’? Not for me. There’s plenty of fresh, higher-volume racing just around the corner anyhow!

The only other thought right now is the need for another break away. But where?

I’m quite aware I’ve had too a lot of breaks away over the last 6 months. I probably don’t need another, but with everything picking up in March and the flat in April there’s always the urge to make the most of the quiet period.

It’s about time I did some more sensible stuff with the fruits of my labour. What exactly I’m not sure yet, more property seems to be the natural answer from most. It probably has to be done over the longer-term, but right now it looks just like something else that will consume a lot of my time.

3 thoughts on “February Fun… (Depending on How You View It)”