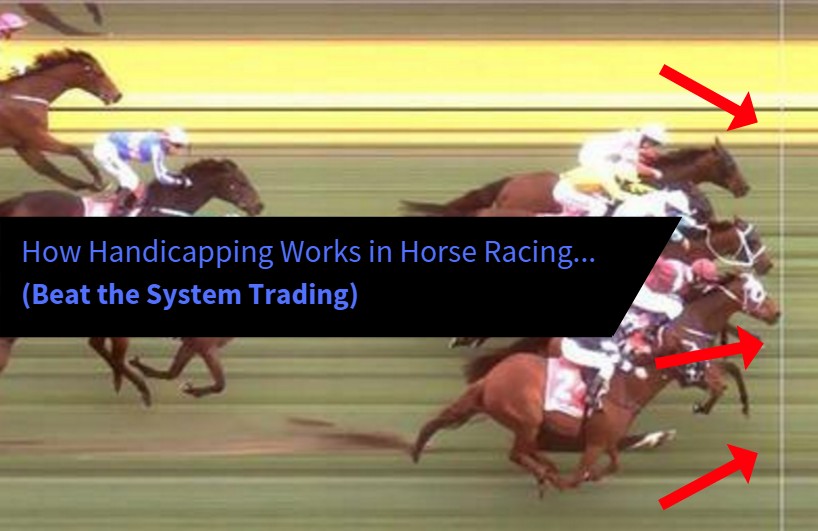 Understanding how handicapping works in horse racing is imperative, if you’re to succeed.

Readers of this blog are usually quite sharp. I don’t want to insult anyone’s intelligence, but;

in order to successfully navigate any system effectively, it’s important to understand the rules intimately

It’s a bit like football players throwing themselves on the floor, or the super-rich avoiding tax. Not always right, but human beings will always play the system right up to the line in order to get the best results.

So if we’re to succeed in making money from horse racing, we need to understand how the handicapping system works. Once we do; it’s easier to pinpoint areas of interest, and eventually find places where the odds are in our favour.

Finding value is the only thing that matters. It just makes sense.

It’s a big topic, and an important one at that so I’ve broken this post down into 4 manageable chunks:

Quite a bit there I know, all very important though.

…Lets get stuck in!

Why is the Handicapping System Important?

Every year there’s thousands of horse races, the most common type of race is a handicap making up for around half.

As I alluded to at the start of this post, people will always bend the rules and play right up to the edges if it suits them. You won’t change it, so why not just observe, learn and scoop some of the action too? I don’t see any harm in it.

Everyone knows racing is rife for ‘inside info’. Most of the time it’s just hot-air of course, but ignoring the fact that various owners and trainers are prone to betting would be foolish. Especially when they are the ones that possess the power to enter a horse into a race where it’s likely to receive a more favourable rating afterwards. Before then racing it in weaker company.

Apparently that’s not cheating by the way, it’s just successfully playing by the rules. Some of the biggest offenders may have even got a knighthood for it…

Understanding the handicapping system alone is likely to help you avoid being on the wrong side of a ‘gamble’. On the flip-side, it could assist you in accelerating those profits. Interesting right?

To understand the handicapping system rules we need to know what a handicap race is;

Handicap races are where horses are weighted, in line with ability, attempting to give each respective runner an equal chance of winning the race in hand

Sound’s very equal doesn’t it… not always the way.

The handicappers job is to asses a horse based on running history. This decides the horses official racing (seen as OR on race cards). After 3 runs the horse is given a rating. After this, ratings are adjusted in line with performance. The horses official rating determines which races it may enter.

Every week the handicapper re-assesses the horses ability. This is why it’s possible for horses to quickly accumulate a winning sequence over the space of a week (under the same official rating). The handicapper then gives the horse a penalty of 3, 5 or 7 pounds to carry.

In theory, if the handicapper is doing his job well the horses should finish like this: 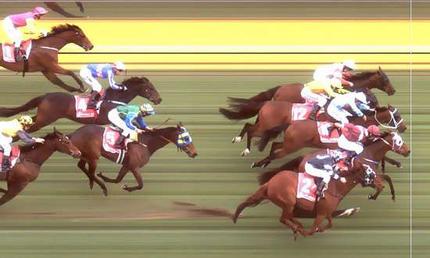 Let’s cut to the chase.

The game is; run the horse over the incorrect trip, track, going etc. Get the handicap rating down, and then enter it into a race where it has an unfair chance of winning. Then try to win several times with it over the week before the handicapper catches up. Effectively manipulating the handicapping system… sorry I meant navigating it.

As far as betting goes; you’ve already worked it out I’m almost certain. The time in which the under-rated horse is entered into a race with all its ‘chubbier’ chums, those in the know will bet it hard. I’d imagine there’s a few quid in it.

Horse racing is seasonal, although the handicap system doesn’t have any kind of counter-measure for this. Meaning another favourable strategy is to run a young two-year old horse over a short distance several times just before the end of the season. And lo and behold, as if by magic, the gamble starts on the first run back!

As traders we’re always looking for deviations from the ‘norm’.

I guess you may already be thinking it, but handicapping is a decent place to start with the mentions above. It’s quite surprising how often the same things tend to happen time and again.

On the flip-side, a handicap race where there isn’t any ‘funny business’ going on should, in theory, be priced quite well. Something trading guide subscribers will know more about.

When trading it’s often a case of anticipation, letting profits run or cutting those losses short. All of which are quite variable. This is what makes trading harder than your usual flash in the pan ‘system’. Knowing the variables well and how they function is an advantage in itself.

This is also the reason the potential up-side is so much more rewarding too… if it’s easy, its overall worth is often less. Unless you’re a horse racing trainer cheating the system! haha.