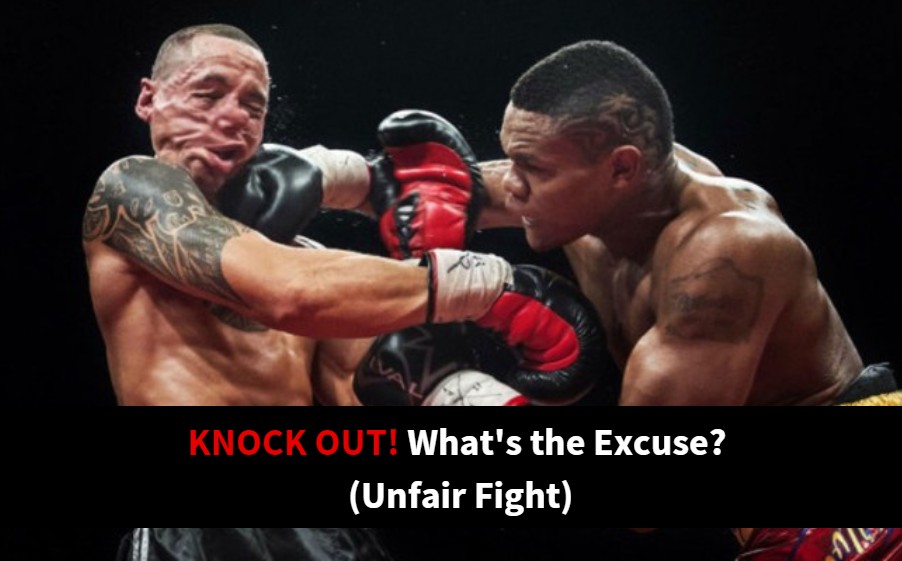 But when you break it down (and think about it) risk comes from a lack of control, the scary part being the unknown. Worse still, stress comes from not acting on something when you have the ability to.

So if I was to say to you there’s a potential opportunity in front of you, but you only have to take part when you’re in control, would you do it?

People often describe trading as a fight, a constant battle within the markets, and I can see where that comes from.

But if trading were a boxing match, it wouldn’t be any ordinary contest. The markets are far bigger than you. There are vast sums of people fighting against you, many of which are more intelligent, have better technology and possibly more experience within the markets.

Quite logically; on the face of it – neither you or I have much of a chance.

So, you have to ask yourself:

1) Why are there groups of ordinary people heavily supplementing their lives through trading?
2) How did a young lad with no qualifications, that once worked at McDonald’s, manage to make hundreds of thousands?

The answer is simple: PERCEPTION and persistence. Both parts are important.

However, perception is the big one. It’s plain to see from the points mentioned, there’s a lot against us. However, there is one huge difference between boxing and trading: and it changes everything. It’s what makes winning considerably easier.

The difference is of course; you can step into the ring at any moment, take a shot, and then step out. Now, if that’s not a monster advantage, I don’t know what is. Because it’s obvious, the only time you should step into the ring is when your opponent is on the back foot, weak, and ready for you to drop a hay-maker.

So with that in mind…

Not so easily answered in most cases, everybody’s unique. But if you are to succeed, you need to pinpoint your problem. Admit it and then overcome it.

Easier said than done, of course. In most cases, newbies aren’t selective enough for a few reasons…

In the modern world, everyone’s in a rush. But in the markets, if you’re not careful, you’ll get reprimanded for it. If you’re being impatient, over-trading and feeling as though you need to be involved all the time, I suggest you just stop it right now. This is of course the equivalent of stepping into the ring, flailing like a madman when your opponent isn’t even tired.

Sure, it may be the route that you found your way into pre-race trading, but much like impatience, it’s just not logical. There’s no advantage. You need to knock it on the head, and if you can’t, you may as well stop all together.

If you don’t have an edge or an advantage, i.e. a reason to be stepping into the ring, then your time’s better spent either watching the markets. Or swatting up on how they function to get a better understanding. Point blank: you need to identify points for exploitation.

Obvious maybe, but if you can’t control your own clicking, it needs addressing, much like a boxer: lose your cool, and you’ll end up on the canvas.

At this point, I could list several more, but you may have noticed the majority of them come from mentality-based issues. And of course your overall perception.

They’re not easily solved overnight, which is where the second part comes to play; persistence. You’ll need to routinely condition yourself, much like a boxer, into doing the right thing over and over. Only then will you be able to step into the ring with confidence at showtime.

Popular Post: How to WIN: Sports Betting in 2018 (4 Proven Methods)

8 thoughts on “KNOCK OUT! What’s the Excuse? (Unfair Fight)”