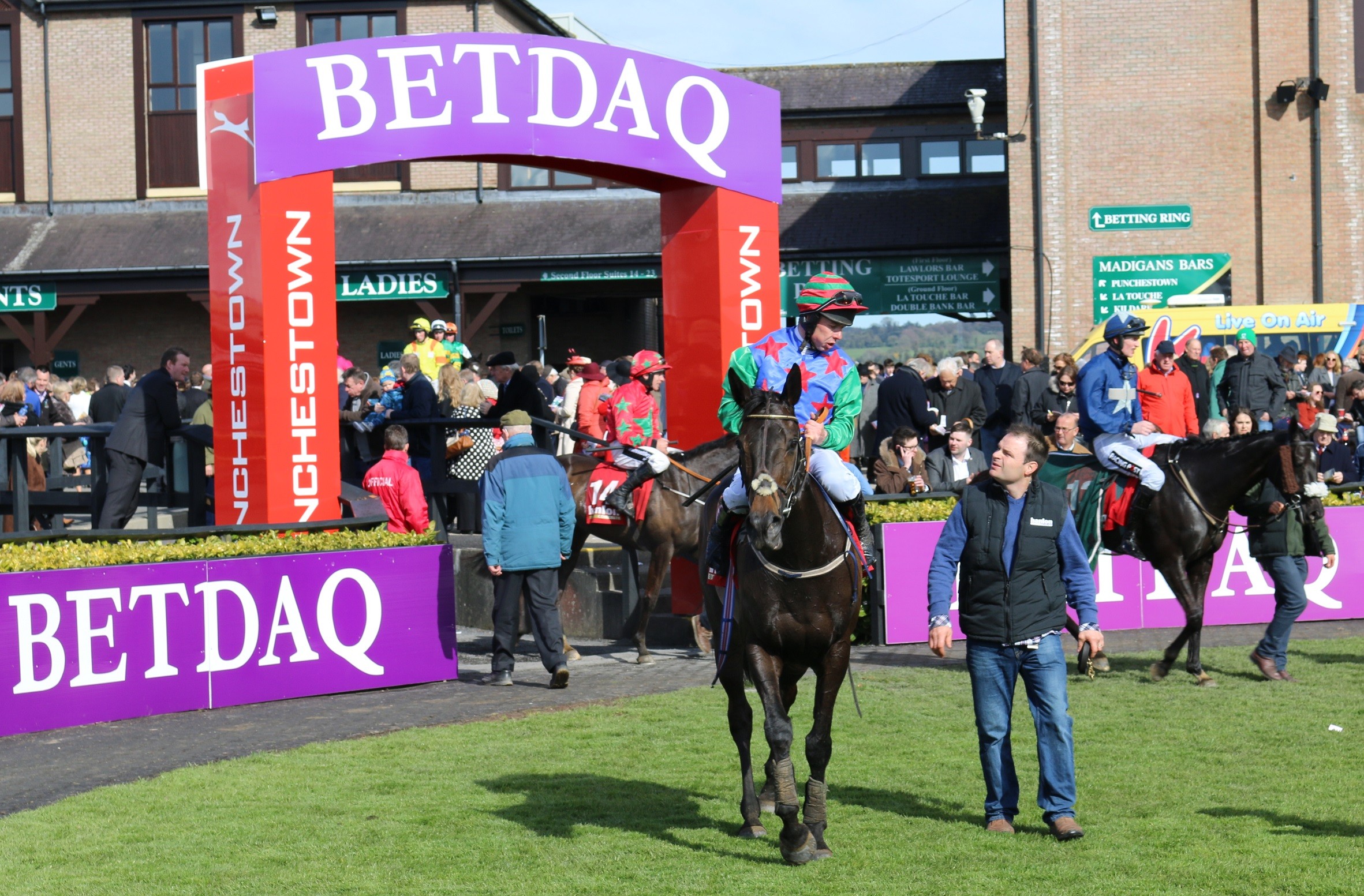 Irish race-cards rarely get me excited. Mainly due to the liquidity in the markets (excluding big events it’s a lot lower than the UK).

However this last week I got to see things from a different angle! A far better one…

Of course I’m talking about the sociable, drinking based one!

Over the last month or so I’ve had a bit of a ‘binge’ it seems. It’s been the right time of year for it but I hadn’t planned it in advance. It’s great to enjoy the rewards my efforts bring although it could be time to knuckle down now with the better racing opportunities picking up…

I don’t feel guilty for it, but the last month or two I seem to have spent far more time enjoying myself than working! What with Ladies Day at Cheltenham, a break away with the kids, 30th Birthday Suprises and a week in Fuerteventura, and now a trip to Punchestown, Ireland. 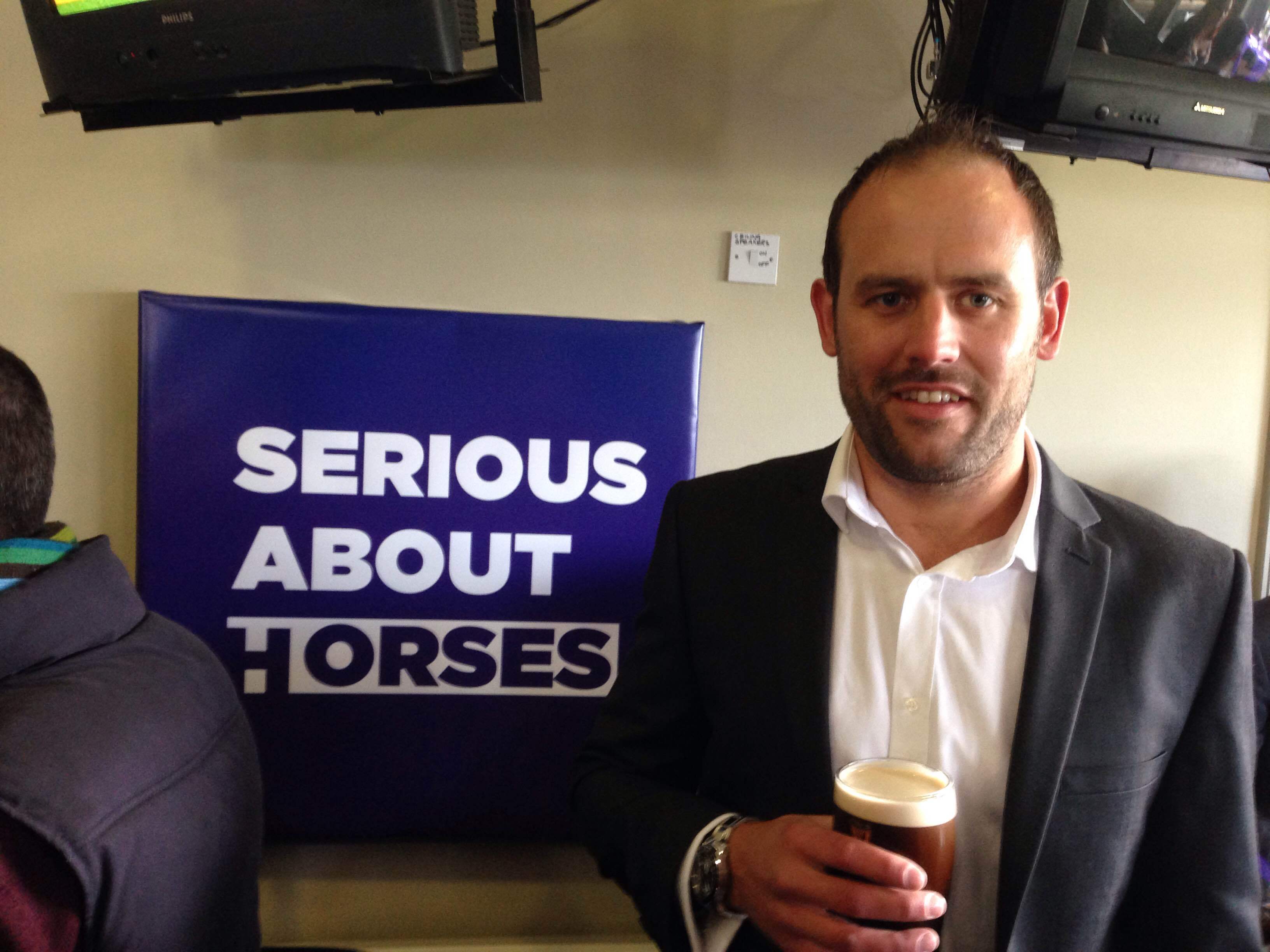 With another kind invite from Betdaq I couldn’t resist the opportunity to pop over the water to see the Champion Hurdle. I’ve traded it year on year for some time so, much like Cheltenham it was great to have the opportunity to see it in person! It seemed the timing was pretty good too with another Betfair outage mid-afternoon.

More importantly perhaps, was the chance to sample as much Guinness as possible. The Irish really do know how to have a drink…

The atmosphere at the course was one of the best at any racecourse I’ve been to, and by the time the main race of the day come around It’d be fair to say most were ‘half-cut’. With the exception of Rich Richie that was.

I was fortunate enough to be invited down into the parade ring, where I noticed he was standing nervously listening, but not watching the Champion Hurdle unfold. That was until Vroum Vroum Mag took the lead in style shortly before the end. I’m don’t know what price he traded at in-play although at one point I thought it may have been a fair amount higher than the advertised 4/6 on the course boards.

With all the fun out the way for now it’s time to focus on the markets. This time of year is always one of the best if you’ve been grinding out the dull racing after Cheltenham.

Better still, my favourite months for trading are just on the horizon. I think followers must be enjoying things a little more too as; in comparison to last month, there have been very few frustrations mentioned about the markets on Twitter.

Market turnover is often late just before the start of the race. Although with the help of earlier evenings and more cards covered by Racing UK, along with concerts at some venues things will become more interesting. If you haven’t looked before it’s worth seeing what differences you can find between a card that has Tom Jones and Jessie J playing after the racing…

The manipulation mentioned in the post linked above seems to have died down somewhat, as anticipated. While it never truly disappears it’s one less thing to worry about in the weaker markets. There was quite a few questions about this kind of thing following the last post so I’ll endeavour to create a YouTube video for the Channel at some point. In the meantime, stay tuned!!

One thought on “Punchestown Festival: Serious About Drinking? Last Week…”