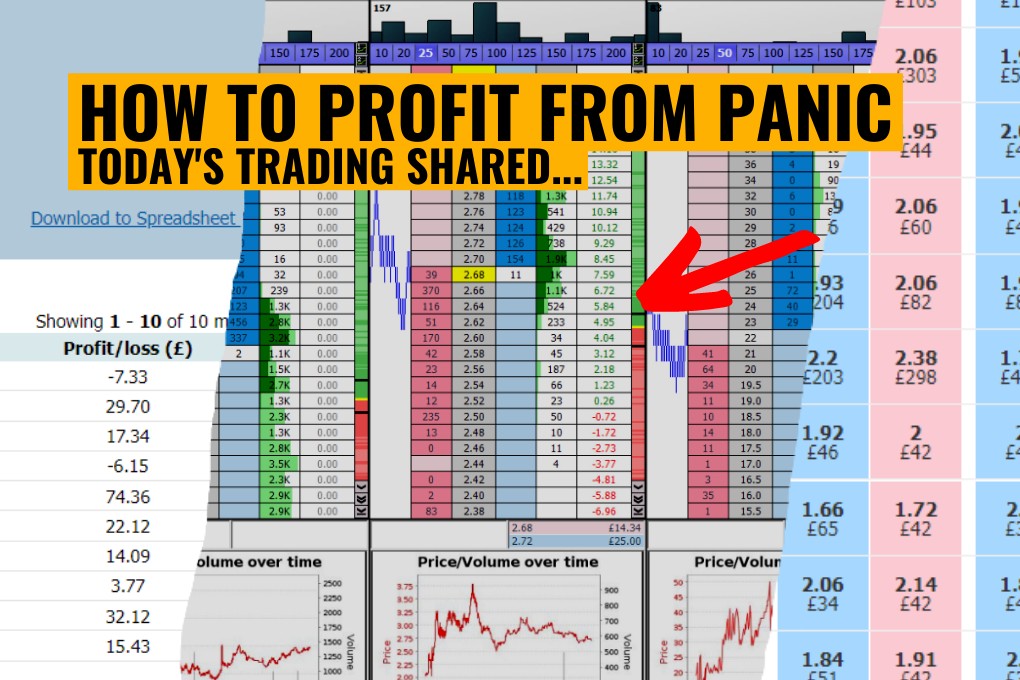 Today was one of those rare occasions where I opened up the next horse race and spotted an instant opportunity, and also had the screen recording software handy.

I’ll be adding some Betfair trading videos to the YouTube channel in the coming weeks and improving the video pack course with some additional content (it’s why the recording software was handy). But for now, I wanted to share a super-clear example of something that happens most days and how you can profit from it.

Looking for Trading Strategies? Sign Up Here for a FREE Lesson Now!

It was the 14:30 race at Ffos Las, a minute or so after the last race went in-play. I opened up the ladder to see the second favourites price in free-fall – Pay The Pilot.

Take a second to look at the image below, in particular: 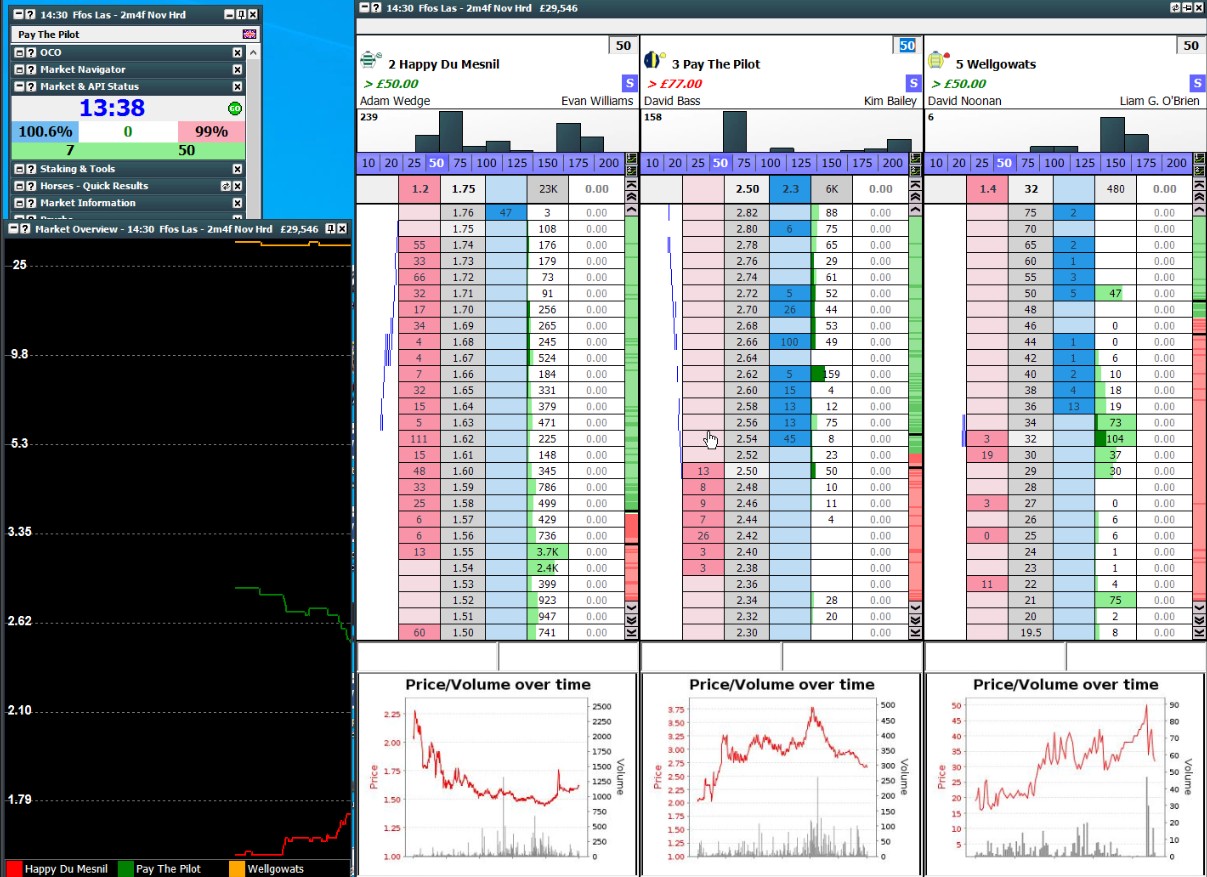 It’s a bit mad, isn’t it? Particularly when you consider that this price move happened in less than 20 seconds.

What could be the justification for such a move?

I’ll get to that and how you can profit from these situations in just a second.

Several things had happened. The stake being dragged down had been consumed by the market, and lay bets were clearly showing resistance. Note that this is a very illiquid situation being so early. You can see from my bets at the bottom that, I had laid around 2.56 and subsequently backed half of my stake into the market as it reversed (2.66). The stakes are only small but I did this for a specific reason  – to secure a “green zone”. See the ladder profit and loss column.

In a matter of seconds, my position had been made safe by trading half of my stake out. The price would need to hit a new low to put me in the red (2.42), bearing in mind it had already hit an outrageous low in comparison to the previous traded price. 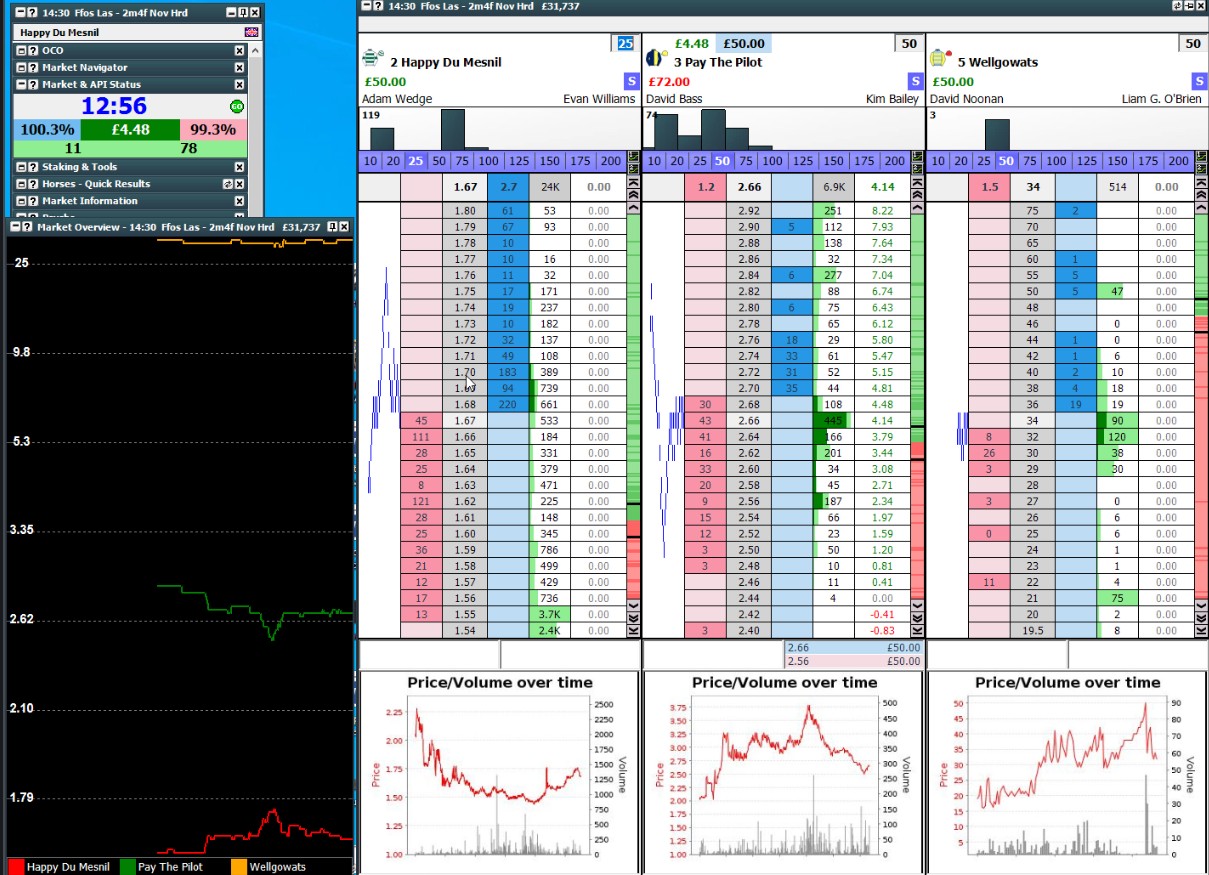 A very low-risk proposition that offered itself in a matter of seconds. Laying for 2 x £50 stakes at the bottom may seem small but I wasn’t willing to over-extend my position. Trading early like this can be a real car crash if you’re not staking to fit the market. Risk management always comes first.

If only the person who initiated such a move had kept it in mind.

You can see from the third image that, a little under a minute and a half from the first image, the market had nearly resumed its original price.

Now, we can’t guarantee that it’ll go back to the original price each time this happens, so keep that in mind, but I’ve seen this thousands of times before. Quite clearly, somebody else in this market was in a bit of a pre-race trading flap. They had over-staked while it was extremely thin. Normally I wouldn’t touch a market so soon. Not unless I have a very clear-cut advantage anyway.

Trading too big and too early is a recipe for disaster. Don’t do it!

Instead, sit back and wait for somebody else to give you a low-risk value entry… 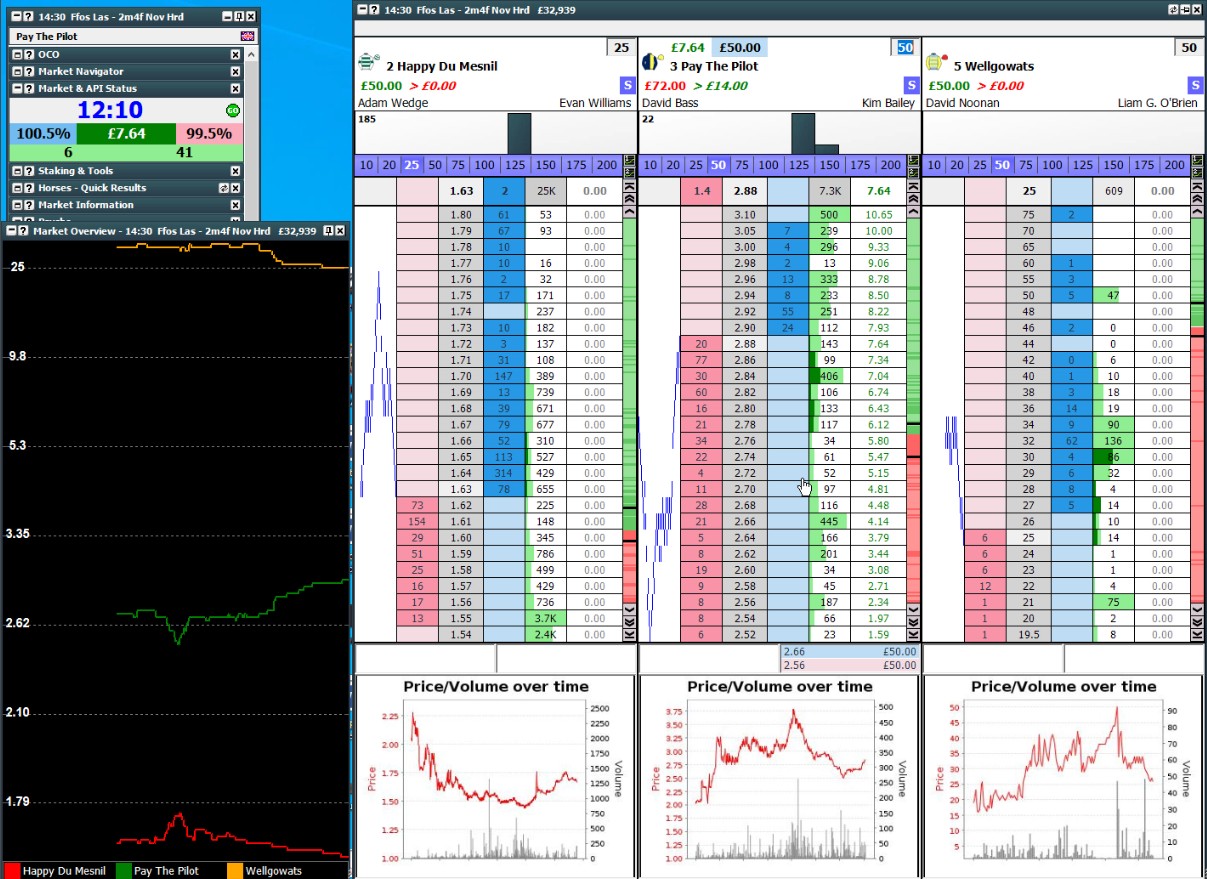 Sure it won’t make you a millionaire, but who doesn’t like a free tenner?

You will also start to notice this in other higher liquidity situations if you look hard enough. Some of which you can stake larger (although the move is probably less drastic).

It’s an extremely clear but hopefully thought-provoking example for some of you! Feel free to ask any questions below.

I’ll be adding more content and video recordings/explanations to the courses in the coming month so check them out if you’re a subscriber.

You can see the video pack course details by clicking here.