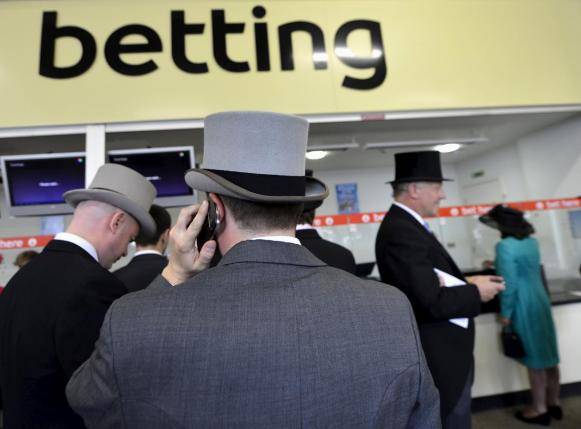 It’s plain to see there’s been plenty of corruption in racing throughout the years. To think it no longer exists would be naive. The sad thing being it makes things quite unfair for the general crowd…

Researching racing, looking at the cards, putting money on the table. What’s the point if it’s dodgey?

Actually, there is a point… if you can identify when it’s happening in the markets. It can prove quite lucrative!

When I say ‘dodgey’ I don’t mean out-right race fixing a such, although I do wonder how much it goes on. After-all people are greedy, driven by gain, not everyone’s so honest.

Where you draw the line with ethical is subjective to opinion though. Is it corrupt if you’ve been running a horse poorly over the wrong distance, trip, going and course for several runs to then bet heavily on it the time it runs under correct conditions? With a highly attractive handicap mark for its potential I might add. It’s not against the rules obviously, but is it honest. I don’t think so.

I guess it’s just life though, and everyone has a choice if they’re to participate and bet. It’s understandable to some degree as well. All the fee’s involved with owning, maintaining and running a horse isn’t exactly cheap. If you’re only chance to re-coup those fee’s is £1,500 prize money at Wolverhampton on the All-Weather then having a bet is one way to do it.

It becomes interesting the closer you look at the ‘rules’ or ‘system’. It’s like anything I guess, the way to get the most efficient returns is to play right up to the line. In racing it’s no different, the ones that don’t, lose… but of course, those making a killing have to live with what they’re doing!

The interesting part… how can we profit from it?

Sometimes it becomes really quite easy. Others, not so much. Anticipation is key in any situation, as the only thing that ever really matters is the price.

As soon as you’ve made your trading decision you want to be on at the best price possible. Exiting the trade is exactly the same… It’s a game of efficiency. By understanding and anticipating a situation before it happens the odds are stacked in our favour greatly, the key is not to stuff it up on execution. As video pack subscribers will know.

From there it’s all about assessing the market. If a disproportional amount of support arrives in an area you suspected it may, it’s like a red rag to a bull.

While it’s impossible to tell exactly who’s involved with a gamble, I’ve noticed over the years similar names frequently pop up. It’s understandable I guess.

Lastly, feedback following the recent YouTube videos has been great. It’s often easier not to bother, as I could just spend a bit more time down the pub. The positive comments and sharing makes it worthwhile though.

If you have a question you’d like me to answer, and feel it will benefit others make sure you tweet it in!

Alternatively, you can mail it to support. The more concise and to the point it is, the more chance there is of getting a video answer!