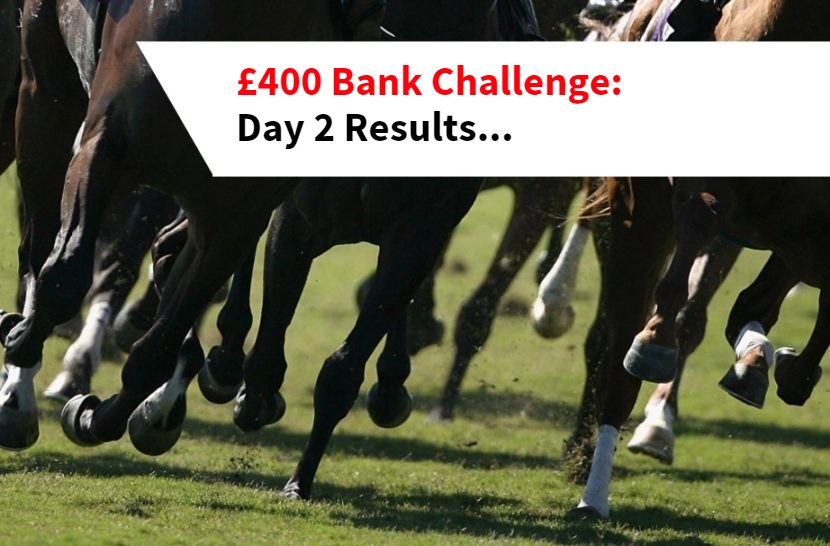 Not what I’d of hoped for in truth, here’s how it went…

Following day one’s results, there was a little to live up to! Unfortunately it didn’t quite go that way.

As I mentioned yesterday; I’d managed to knock the front half of my tooth off. A cap that tends to come off from time to time. I lost the original half some years ago, scrapping in the Army. It’s a pain in the arse as it tends to come off at the most inconvenient of times!

Anyway, I dived into the markets ahead of my appointment trying to pull something special out. The result being one step back before another back to square one, a little daft on reflection. It happens though.

So with the dentist cracked, a shiny new tooth, and half the card left. I jumped back in the hot seat. It wasn’t a lot better to be honest, with Musselburgh, Chelmsford and Bath to choose from the markets were quite volatile.

Shortly after getting stuck in the website went down, lighting up my phone and inbox with notifications… thinking about it, I could have just left it until later. But several times this month my web hosting provider has left the site down. That’s one thing, but the “it’s not us” attitude you get when calling them (before you’ve said a word) gets to me more than it should. Apologies if you was trying to access the site.

It was my own fault for getting sucked in and sidetracked, but things could have been far worse.

How it Worked Out…

If I hadn’t of attempted to top up the results on the mutts the overall result would have been close to the overall 10%. Once I dived in (after a phone call to the web host) and did that I knew it was best to just walk away. The day had been a frustrating one and scraping around on the mutts in a bad mood wouldn’t have helped much.

Overall result being a 7.8% increase on the original bank. Total increase is left at 29.45%.

I’ve no doubt yesterday could have been a whole lot better but with only 0.65% left of the original posts target, it’s likely I’ll manage it!

There were a couple of questions on the last post about how much staking is required to make some of the profits. This was a decent little move on £50 from yesterday. You’ll see I was a little indecisive early on when laying at 2.78 and then closing out at 2.8. Before then laying again at 2.88… 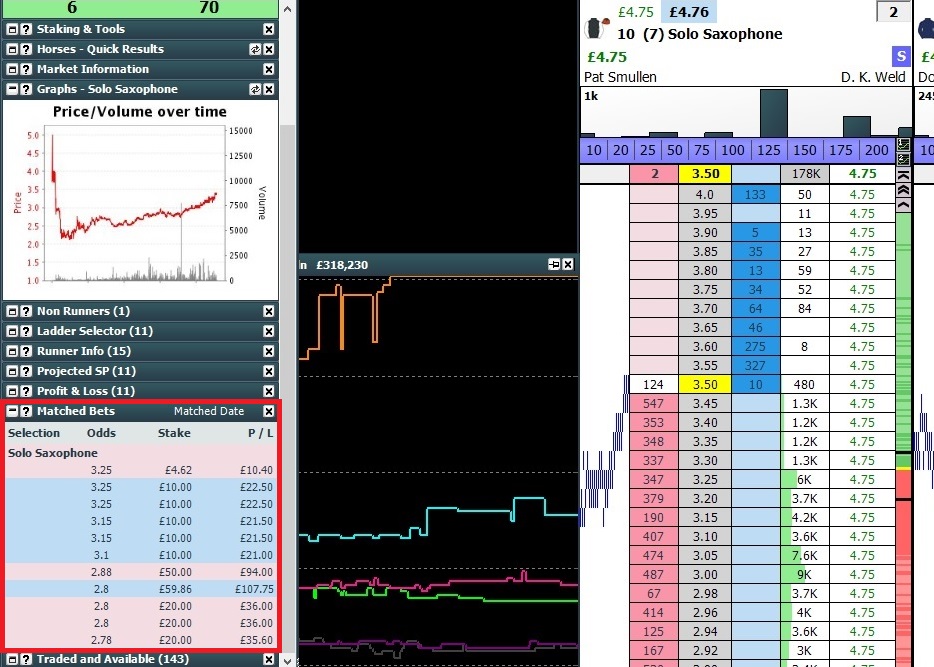 I’ve noticed from a couple of tweets and Facebook messages that as I suspected in the original post; there are some crazy expectations. Without naming anyone, it’s quite unrealistic (pre-race trading at least) to start out with a £50 bank and make £100 that day. That people is gambling. In-play it’s quite possible to make larger returns to stake quickly, but it’s a hell of a lot easier to burn the lot as well. Not what my trading is all about.