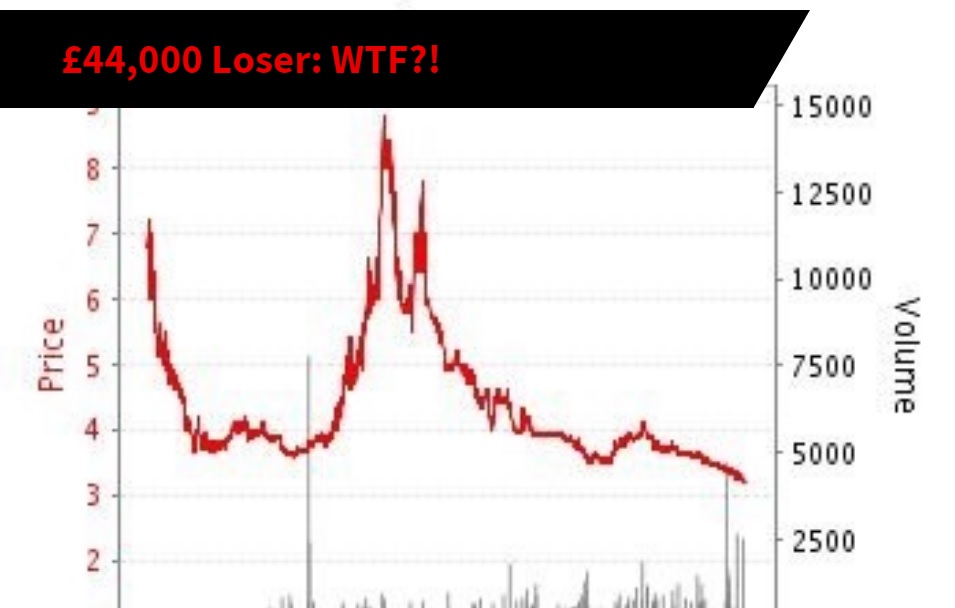 I mean seriously, who does that?! Sheer lunacy, although it wouldn’t be the first time it’s happened.

Initially at 3.75 before dragging it up and up until the whole lot was matched, pushing the price out to near 9.0.

Totally unpredictable, but a huge opportunity…

Pretty breathtaking to say the least, my initial tweet as it happened:

On the face of it, when something like this happens, it’s extremely scary. Particularly if you have an open position on the wrong side of the book. In this instance, fortunately I didn’t. The biggest fear in this situation comes from the unknown. Because it’s something that isn’t predictable. You can’t predict some nut job having a loopy £44k gamble now can you?!

So occasionally you have to take the view; these things just happen. Write it off, don’t get too upset and move on. However, as I’ll explain in a moment, there are further opportunities to spotting this happening again.

So what actually happened?

Somebody entered a huge stake into the market and then dragged the price up. They wanted their bet matching, they did not want value and in the process, they pushed the price out to more than double the original trading price. This is great for us as traders as we just need to take value from the market. There’s several video examples about this kind of think inside the video pack. In most cases, there will be some kind of correction.

How to Make a Quick Profit:

Exploiting this situation can be highly profitable. However, get it wrong and it can really hurt. In this example, you’d have needed to be really quick to catch much of the price above 7.0. Most of that money would have gone to the market making bots… Although there’s still huge value on offer. As always, it’s a case of managing your potential downside and letting the market do the rest.

To manage that downside you need to take into consideration the different problems you’re faced with. First and foremost, when does the race start?

If this happens ten seconds before the off, it doesn’t make much sense to back at a very high price. There isn’t time for the market to correct. Similarly, if there’s a long period of time until the race starts and you suspect that this crazy individual has more money to burn, it’s not particularly wise to back heavily straight away. Thirdly, it’s always advisable to see what’s happening elsewhere in the market. Betting behaviour on other runners within the market is going to shape what happens more than anything else in horse racing trading.

So what did happen next? 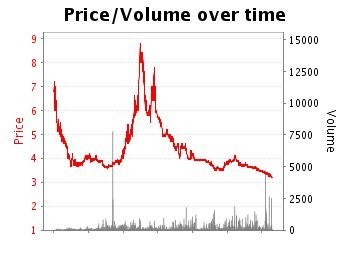 So if you compare this chart to the one in my first tweet, you’ll see the price corrected further from 5.0 to around 3. That’s a lot of value, but it all happened very quickly.

I’ve already mentioned the biggest point, which is watch out for additional bets (big ones). In the past, this individual, assuming it’s one person, has broken their stake down into many different chunks. You could find yourself in a situation where you’ve backed the price once spiked out to then see another £5,000 lay come in.

Secondly, watch the results of the horses that have previously been laid (or backed) by this crazy individual. If their bet wins, they’re likely to come back in the next race or the next few races, which could provide extra value further down the line. If it doesn’t, it doesn’t necessarily mean they won’t come again, although it’s less likely. Clearly they have some kind of gambling problem, and deep pockets.

Finally, if you look back to the graph, you’ll see there was additional resistance in the market around about 3.7, this was the original price before this big stakes partner turned up. You’re likely to see a lot more resistance at this price. Once the price corrects all the way back.

I exited my trade around here although the price then carried on to dip. Whilst you can’t necessarily get everything right, there’s no point wasting profit.

The last thing to mention would be; if you got it wrong, don’t berate yourself too much about this. It’s not something that’s predictable on the first strike. It’s just a rare occurrence within the markets to exploit. Losing money to it doesn’t make you a failure!