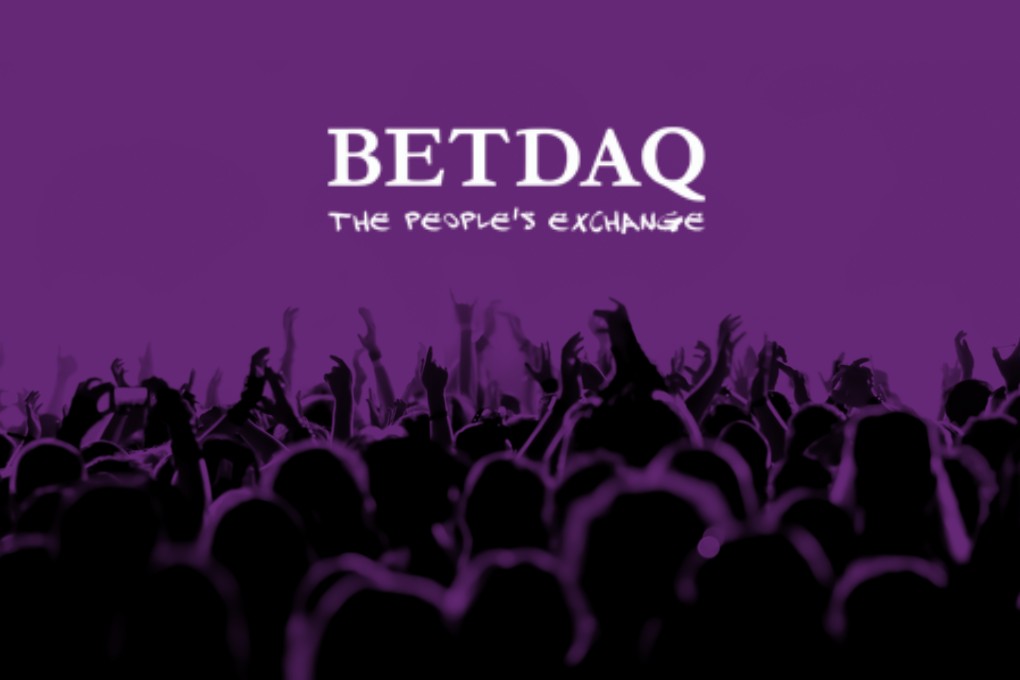 Over the last year I’ve heard talk of Betdaq banning winners several times. At first, I didn’t believe it…

However, it wasn’t long after that one of their employee’s confirmed it. When asked why they declined to answer, pointing toward their terms and conditions instead. You know, one of those terms where they reserve the right to close accounts without providing any reason.

It’s a shame really, as I used to be a fan of Betdaq. For a while, they seemed to be making an effort to improve their exchanges liquidity. I hoped that one day, there would be enough to warrant some serious attention.

You may have seen marketing campaigns from them where they claimed to be leading “the purple revolution” or “the people’s exchange”.

If you didn’t, check out that tank picture!

Unfortunately, it’s clearly not on the agenda anymore… 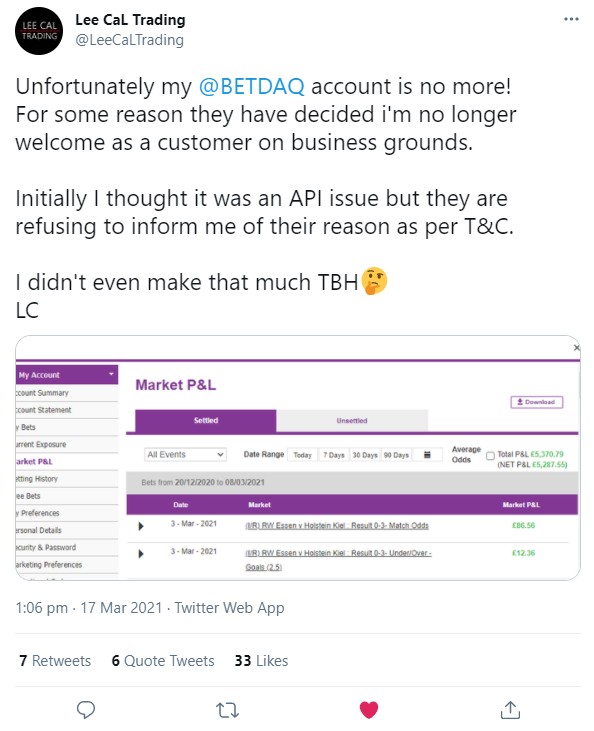 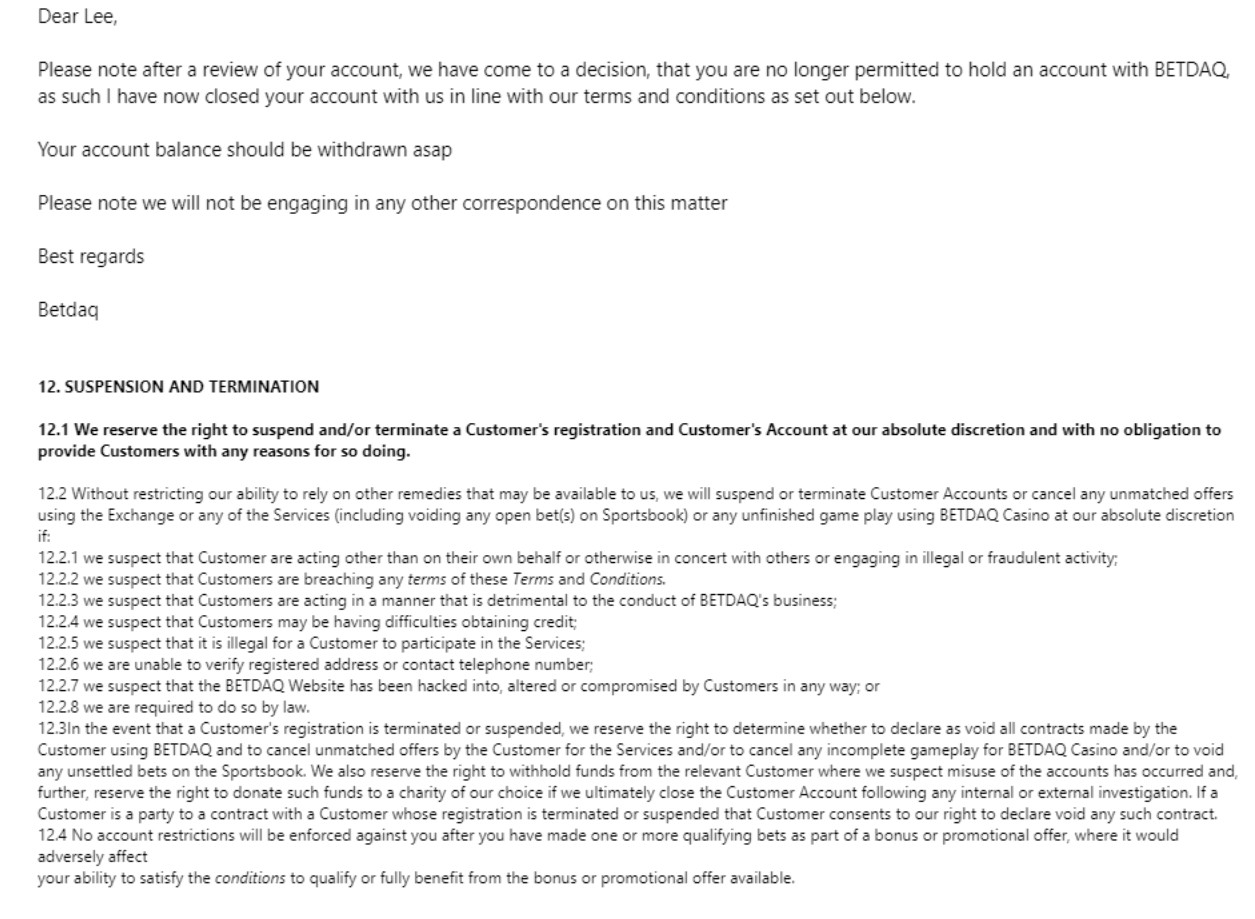 As several have said; why bother in the first place?

This just shows that Betfair Exchange is the only game in town. For Betdaq to be banning winners they must be betting against exchange customers, meaning they aren’t really an exchange anymore.

Betdaq has added many casino games and even a sportsbook product to the platform over the last few years. 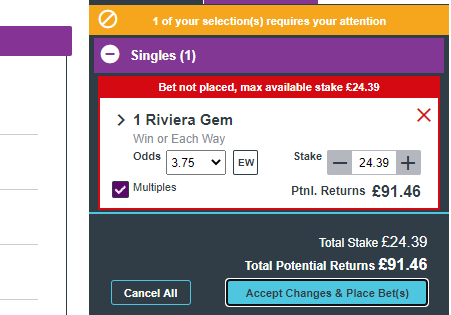 Of course, this isn’t totally banning a customer who uses the Betdaq sportsbook. It’s just restricting any chance of winning so the effort is a total waste of time. I never bothered, but given past experiences, it’s likely the stake restriction would have been lowered further if I had persisted to place good value bets.

I think it’s fair to assume, the Betdaq sportsbook is probably the Ladbrokes sportsbook with a different colour skin, much like the Ladbrokes Exchange is Betdaq in red. GVC Holdings owns both of these platforms.

But Banning Winners is Normal Practice…

Banning or restricting winning accounts is common practice in the industry, it’s one of the main reasons that people use betting exchanges. Now, it appears the only exchange that allows winners is Betfair. In recent times both Matchbook and Smarkets have introduced functions that prevent long-term success too.

How any of these companies can complain about multi-accounting is beyond me, they encourage it. Short-term greed and lack of innovation will eventually create a point in history where even the most basic punter knows and accepts that these operators don’t let people win. Maybe Betdaq will backtrack at that point?

It’s frustrating to see these changes as somebody who has spent so much time on these platforms (like Lee above) only to find they’re no longer interested.

In my opinion, at the current rate, it won’t be long and they’ll just be another online casino product. Sad times.

Related: The TRUTH About Multi-Accounting in Betting

16 thoughts on “BETDAQ Banning Winners… What About the Peoples Exchange?”