Winning isn’t the only issue when it comes to trading.

In fact, it’s only half the battle. Easily forgotten – but it is!

A recent Twitter Follower posted a question just about it, here’s the answer!

Almost daily I get emails, tweets and messages on Facebook describing a similar sequence of events. Generally, it goes like this…

If you can eradicate the third point, you’re onto a winner. Winning more isn’t always the answer.

Frequently the answer is just a few small tweaks. Maybe avoiding that race where you had the blowout… it’s hard to accept for some, but you can’t expect the same thing to work in every situation.

It’s a pretty dangerous situation to face as; not only does your ‘edge’ not fit in every market, but you need to actually accept it, and then act accordingly (avoid it, or change how you fit in significantly). 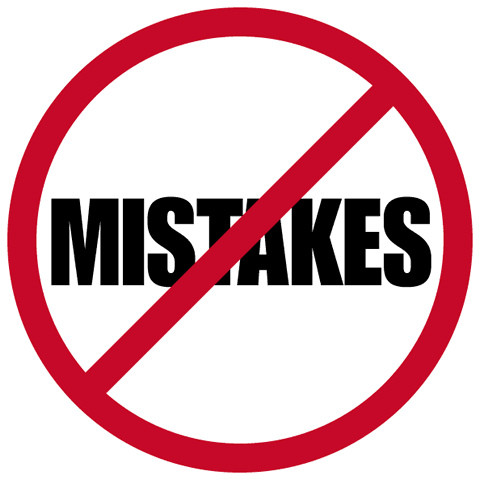 It’s no secret that many start off in the markets looking to ‘scalp’ the prices. It makes sense to aim for the low-hanging-fruit, right?

Of course, the only problem being; if you’re only taking 1-3 ticks profit on each trade you can’t afford to lose that much in order to profit over the longer term. Cue the first problem; being human.

We’ve all done it, but not too much hopefully. But it’s hard to accept when things don’t go your way, having money on the table makes it even harder. It’s a huge problem to remain disciplined in the face of emotion, but the market will reprimand you every time if you don’t. If you haven’t seen it already, this post about trading fears may open you’re eyes up a little further. If you’ve got a strong impulse in you to gamble it’s going to be harder. I’ve blogged about it many times over the years but it’s a very personal thing. Understanding yourself and being self-aware is a real bonus when it comes to trading, but ultimately it’s 100% down to the individual to stick with the plan. Otherwise you’ll always have that crazy losing spike to your results.

Secondly, a common problem for new ‘scalpers’ is rocking up to every situation and treating it like the last. It’s not to say every race isn’t possible to have at least once successful scalp. It certainly is, especially if you’re strict with timing. But it’s not quite a broad as many treat it.

Each market is unique, with many variable’s to consider. As a scalper we want to make good use of the market turnover and liquidity, so if liquidity is low, it’s going to be harder. If you’re getting in a fluster with the whole win, win, win, big loss scenario just cut out the crap quality races. You won’t have so many markets to trade, but I’d expect the average result to be better – or at least less stressful to obtain.

Those ‘volatile’ markets I mention in the clip are always going to be the worst to scalp, especially without a strong opinion as to where the price may be headed. But then we’re into the realms of directional scalping, nothing like those lovely high-grade affairs that attract millions in a race and bring little price movement.