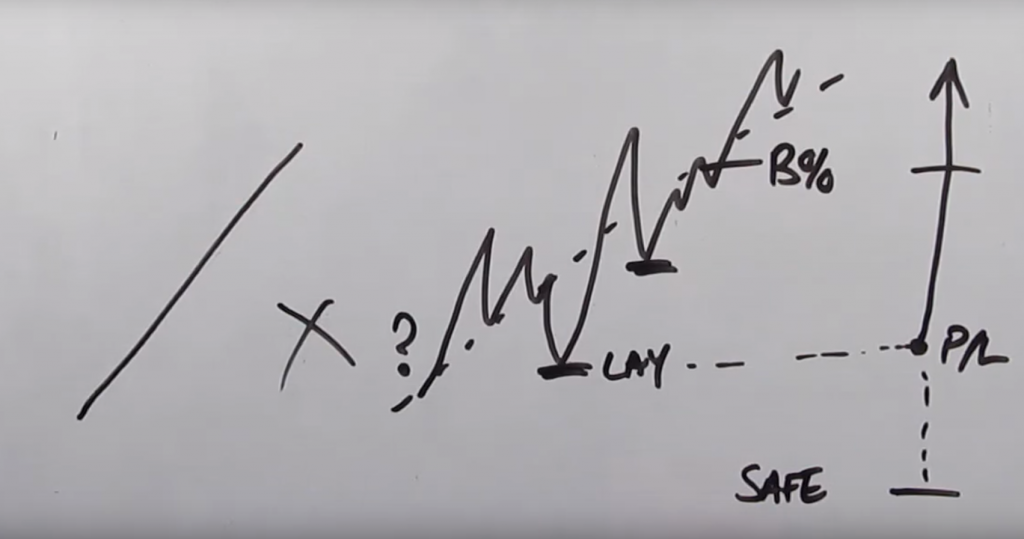 But it doesn’t have to be overly complicated, just structured.

Amongst manual traders, there’s often a common problem. Despite having and ‘edge’ over a certain situation,  it’s quite easy to screw things up through poor execution…

We’ve all been there; you know, where you say to yourself “this price is likely to contract while I think that one could drift”

…Several minutes later the race goes off, and absolutely everything you thought happened. But still you managed to make a pigs ear of things, maybe even a loss.

This short clip will make the image above a bit clearer!

As the saying goes: Edges are ten a penny, execution is everything…

If you’ve just come into this new way of making money, you might want to watch that again… I appreciate I can talk a bit fast at times.

This is one of my favourite topics, as Video Pack users will know. It’s a really big deal.

Trading Betfair, or Betdaq is a love-hate thing for many starting out. Mainly due to the emotional trap we all fall into.

It’s not even the markets, they don’t change, they have no preference or personal vendetta. Although it can often feel like that when things don’t go right.

In my opinion, the hardest thing to extracting money from any kind of exchange is keeping to the plan. Just recently someone dropped me a message via the Facebook page, the message read something along the lines of…

Now… I’m no pro poker player. And there may indeed be scam sites on-line where others set out to fleece you of your hard-earned, I don’t deny that. And of course, there’s manipulation in some of the markets on the exchanges, you’ll get that anywhere in life.

Poker is a game of ‘chance’ and ‘probability’ much the same… it’s not the game, it’s how you play it, how you execute…

But, that’s a very emotional statement if ever I heard one. It’s all to easy to slip into this way of thinking, in fact it’s probably the natural urge. But it’s absolutely going to stop you from making money on the exchanges.

It’s going to do quite the opposite, and set you up for massive failure.

There’s no coincidence that top poker players sit at a table for hours and hours at a time routinely folding and folding until they get a hand where the percentage chance means they have an above average chance of winning. Trading Betfair, or Betdaq is exactly the same in that respect.

It’s quite easy to become ’emotionally engaged’ in the moment whilst trading. Being aware and addressing your own underlying fears is a good place to start when you want to avoid this sort of thing. There is a separate YouTube video about chase mentality, although this post about trading fears is pretty thorough. Just about everyone that has read it says how they can relate.

The best traders know that by detaching themselves from ‘fear’ and ’emotions’ in the moment they are far more likely to make better decisions. If you can’t do that then having the best edge in the world won’t help! Although that said, having a good edge will assist when it comes to controlling those emotions too! it’s a two-way street.

subscribers who get fresh content to their inbox once a month

Yes please, INCLUDE ME!