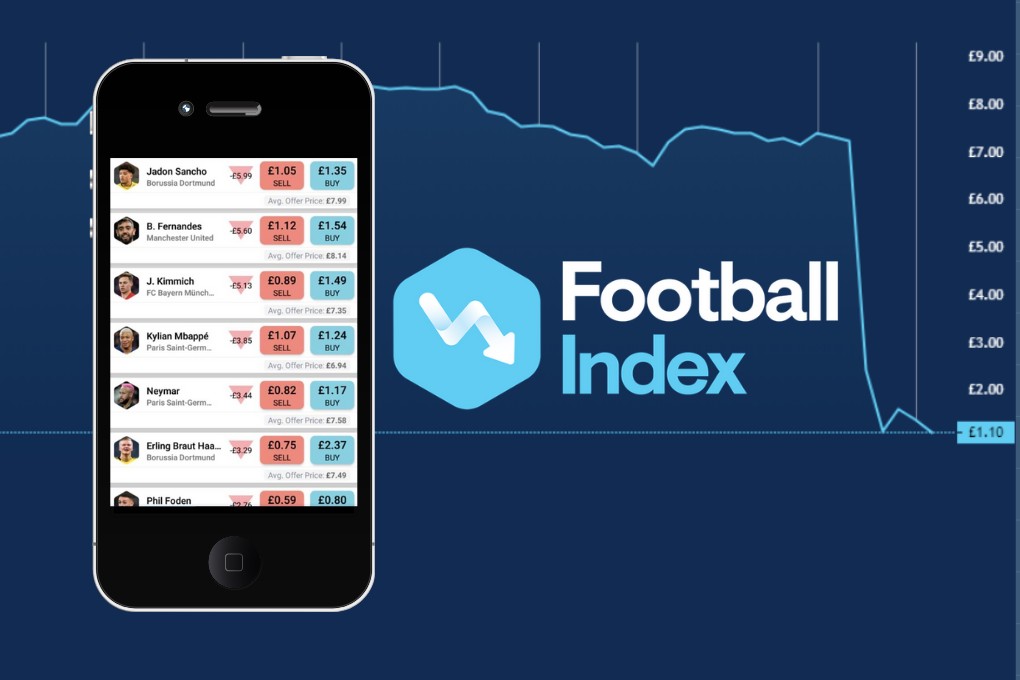 EDIT: This article was published 12 hours before the UK gambling commission suspended the license of BetIndex Limited & the company went into administration.

The main criticism of my previous article was it was somewhat lengthy.  The problem is that the mechanics of the Football Index product are so complex and obscure that most don’t understand it and many poor souls who have been misled by deceptive marketing believe they are “invested” and will go to great lengths to attack & undermine any critics of it.  Trying to explain it to the average person is extremely difficult, as all they see in front of them are deceptively over-inflated bet slip valuations and payouts.  { Deceitfully dressed up as shares and dividend yields. }

So I shall try to simplify.  These are my personal opinions, and should the powers that be at Football Index wish to have a discussion and “Enlighten me” on anything that is factually incorrect, I’m all ears as the intention of the article is not to mislead, but educate.

Your Shares are Worthless

Once you have money in the product, it is worthless until you manage to cash it out to your bank.  As Caan had explained previously in a video, you have effectively purchased a bet slip which is an IOU from the company.  As I covered in my last article, if the football index model was actually sustainable the initial purchaser of this bet slip on Joe Average is paying £1 for an IOU of 67.5p of future payouts by the Football Index.  So without realizing it, you immediately lose 32.5% of your money purchasing a newly minted share, but with all the smoke & mirrors employed by football index, you still see £1+.

This payout pot is not ring fenced in any way though, so if the company goes under so does your portfolio.  Even your cash balance is at risk unless client funds are “fully protected”, so unless that money is in your bank, you are at the mercy of the operator still being around to pay those bets.

With the confidence I have in the management team of this company, expect it to all be gone when the lights go out.

Just to confuse it even more, with their refresh model you’re not actually buying a 3 year bet, you are effectively buying an IOU on payouts over the entire length of the player’s career in the leagues covered by FI. {Which are partly topped up by trade commission}

Any market is driven by supply which drives prices down & and demand which drives them up.  Sports markets are no different.  As I alluded to previously, for the football index model to be sustainable there has to be an exponential increase in sustained excessive demand so that Joe Average changes hands at £1+ and not the 67.5p he is actually worth.  { To reverse the number, you need to pay 148% more than Joe average is actually worth for the model to be sustained. }

However, his real value is 67.5p { 100% } and sports markets being the efficient beasts they are will  always correct to that price without that excessive demand.  And it’s irrelevant what happens to the market on a day to day basis he will always converge on that price.  And it doesn’t matter how many players are in the market, or what happens to any of them, or what they do to the payout structure.  Without sustained excessive demand the entire market always corrects to 100%.

And this is the fatal flaw in the Football Index mechanics!

Until COVID hit last year that had managed to achieve the exponential growth required to sustain the model, as people had been fooled into believing the bullshit in front of them and were pumping ridiculous amounts of money into this sure thing.  How much longer it would have continued without COVID is unsure, but it was guaranteed to eventually happen and this would have probably happened during the next economic downturn.  And the bigger it got, the worse the fallout was going to be.

Let’s blame this & that!

The common misconceptions among the football index community is that something football index has done has ruined it, be that the removal of instant sell, the order books, IPDs, NASDAQ, broken promises etc.  Whilst sentiment around these may affect the speed of the market correction, the underlying factor was the bubble had burst and they couldn’t sustain the exponential cash inflows required to sustain the prices they needed to mint shares at 148%+ of their true value.

Who are squarely to blame in all this are those in charge of the company however.  If I can work this out you can be pretty sure the tech guys there have long before I did.  Yet instead of putting their hands up at any time this past year and putting the company into liquidation so that customers at least got some money back, they have been telling customers that everything is rosy and encouraging them to deposit even more money.  They have been burning through customers’ money in an attempt to “re-start” and have been trying to prop up this failing model with dividend increases & buy rebates, TV and other significant advertising which have only provided temporary uplifts to the market correction.

The reset does absolutely nothing to address the flaw in the model as it still runs on the same mechanics.  All they did when the cut payouts by 80%+ was cause the market to correct to the new payout structure and as markets are efficient, so share prices dropped by a similar amount.  In fact it doesn’t matter what they do with the dividends or the issuance model, the market will always correct to 100%.  This makes it is impossible for them to continually sell you bets @ 148%.

In addition with the recent press coverage and complete loss of confidence in the company by many the market is actually going to correct to lower than 100% as you have an IOU from an untrustworthy company that many now think won’t last a year.

Although I can’t see it, even if they were extremely lucky and did re-start the market, history will simply repeat itself at some future date as the model is flawed.

Is football index a Ponzi Scheme?

I don’t believe it was set up as a Ponzi scheme, and it may be they didn’t realise the flaw in the model themselves until last year.  I don’t believe Mike & Adam are sunning themselves in an extradition free tax haven as we speak either. { Although with the user sentiment around this travesty at the moment I would suggest they would be better off there for their own safety. }

However it’s certainly akin to a pyramid scheme and people need to realize that most of their monopoly money portfolio balances had already gone before the reset happened.

The only thing this reset has done is shift future payout liabilities from their balance sheet to paper losses for their customers.  This frees up capital to continue to use yours & future customer money to carry on running the company into the ground for longer.

The only moral thing I believe the senior management team can do this juncture without a both profitable & sustainable business model is to put the various companies into administration now before current and future customers are completely wiped out by this travesty.

From everything I see in front of me today, they don’t have a going concern.  If I personally had money in this thing I would be talking to solicitors about seeking an injunction against them being able to continue trading.

Let me know your thoughts in the comments below.

Related: Football Index: An open complaint to and about the Gambling Commission

12 thoughts on “Why I believe Football Index is doomed to fail.”