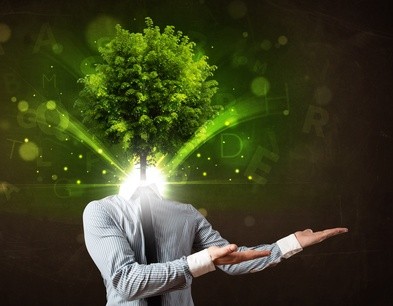 After my 5 most important lessons trading taught me post a few of you wanted to know of any useful resources I’ve used and rate for self-improvement. Most of these aren’t directly trading related although I’ve found when absorbing various information and advice from books, it can be applied to the Betfair markets in one way or another. Sometimes it comes when you least expect it! I remember reading the phrase ‘when others are scared be greedy, and when others are greedy be scared’ in Warren Buffets book ‘The Snowball’. It’s mad how a simple phrase like that can be the catalyst to profound change!

Here are just a few I have read and rate well, for every really good book I’ve read there have probably been at least two not-so-great ones. However, just about every one has at least one point worth noting…

Unsurprisingly, Trading in the Zone by Mark Douglas is probably my most favoured trading book of all time. Have read it at least 3 times, every time I have it’s done something for my trading and mindset whilst in the markets. Highly recommended. The Disciplined Trader is a good read too by the same author.

Managing Ones Self – Peter Drucker. This was a handy little book, and still is for future reference. It helped me structure my day around trading while keeping productivity high, rather than doing the opposite and fitting my life around trading. By doing that it’s easy to lose sight of why you started trading in the first place! Particularly if it was for a better life and more time on your hands.

Boost your confidence with NLP – Ian McDermott. Was some time ago I read this, it was handed to me by a friend who was studying the mind. Neuro-Linguistic Programming still fascinates me now. I remember at the time it was one of those that helped me boost my results a little too. The hard part is actually applying it to your life, as with anything you learn from a book.

Think and Grow Rich – Napoleon Hill. Real game-changer of a book, I even posted about it HERE. A great book for setting goals, working towards them and achieving. It’s an older one so may have to get used to some of the lingo but definitely timeless. There is an audio version on YouTube too if you’re feeling a bit lazy!

Rich Dad Poor Dad – Robert Kiyosaki. Several people told me this was a good read. I thought it was better than most although felt a fair bit was quite obvious. I wouldn’t put anyone off reading it though. Or listening on YouTube.

The 4 Hour Work Week – Timothy Ferris. A bit of a different one, read it a while ago while in Tenerife for a week. Pareto Principle was of particular use when reading this, another one like managing ones self mentioned above.

Mans Search For Meaning – Viktore Frankl. This one had very little to do with trading, or self-development really. But it definitely had a lasting effect on me for the better. Hard to believe it’s a true story, would recommend.

The Snowball,Warren Buffet – Alice Schroeder. It was interesting to know Warrens story, although probably not the most thought-provoking read. Most of the changes in my trading have come from reading books that weren’t directly trading related. The long slog reading this though was absolutely worth it just for the change the quote mentioned at the top of the post brought on.

Steve Jobs – Walter Isaacson. By the end of this I didn’t really like Steve Jobs too much, it gave me plenty to think about though for sure. The one thing I did notice about Jobs life though was that he seemed to embrace nearly all the things I’ve learnt from those mentioned above. It also encouraged me and still does to do what I think rather than what everyone else suggests at times…. I don’t think I could keep it up like he did though! Looking forward to the film coming out this year.

Losing My Virginity – Richard Branson. Just finished this one. Has left me with plenty of ideas both in and outside of the markets, will have to report at a later date if its had much of an effect. Enjoyed it none the less.

I think its not always about the books that you read but also about how you interpret them, what you do after and in-between finishing them. If you have any others you’d like to add please do for other readers in the comments below!!