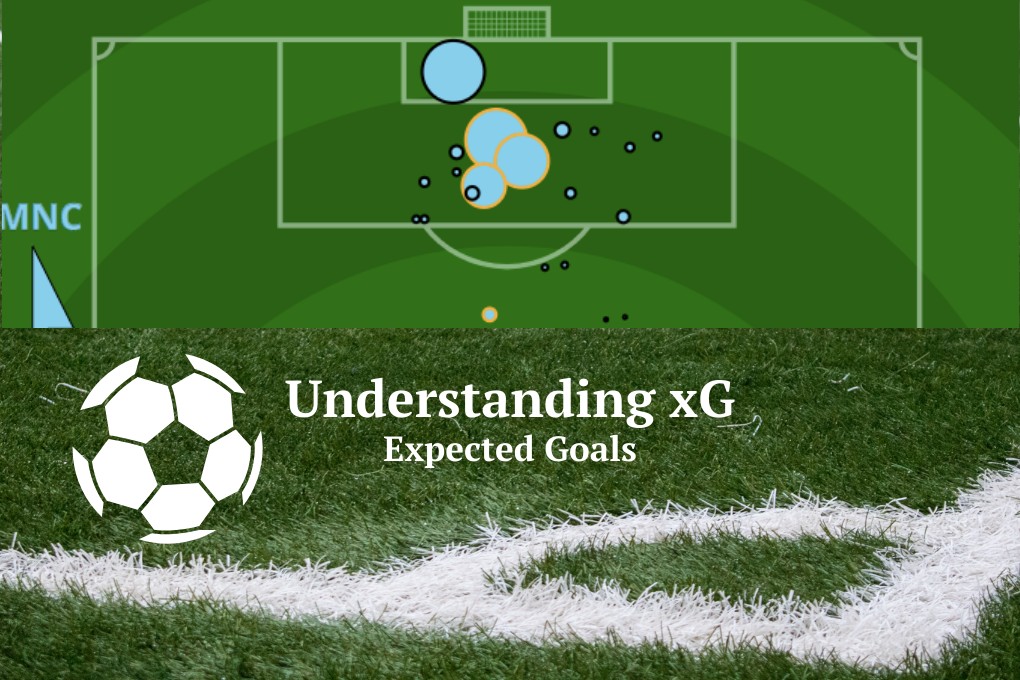 Expected Goals is changing football, so I’ve created a quick guide to expected goals in football (xG) on YouTube.

xG will massively improve your football betting and trading. It takes away all the bias opinion in the football world and measures the true probability of a goal being scored. Over the course of 90 minutes, this shows who really came out on top and is an excellent tool for football form, and betting!

Like with anything new, people are reluctant to trust the data. But xG is a very reliable tool for understanding just how a football match was played.

xG offers the probability of a goal being scored from each chance. It ranges from 0 to 1, with 1 being the highest because that’s a goal! An easy example is a penalty – the average penalty has an xG of pretty much 80% (0.78 xG officially); that means for every 100 penalties taken 78 will be scored. This is based on tonnes of data over years of football matches.

In the below video, I explain how xG is calculated and why it’s so important…

Some key points in the video are:

xG can really give you an edge when betting. Look at this example below. Southampton beat Manchester City 1-0 recently, but as you can see in the below graphic – Manchester City didn’t play badly, they just failed to score. It was just one of those random things that happen in sport from time to time when a team massively on top doesn’t win. It happens. 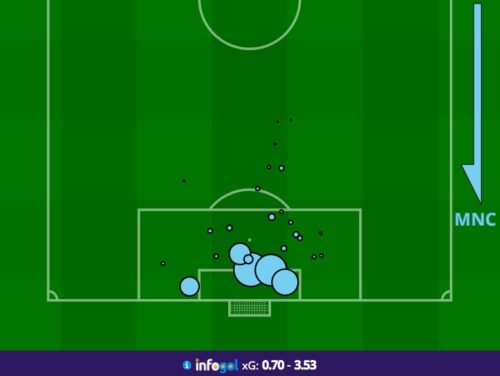 Most football pundits are retired footballers and some of them are quite lazy. They take the easy option and say things like “oh that was a big shock for City” or “they’re slacking off towards the end of the season.” But neither statement was true. They played superbly in fact, and why is this important? Because when looking for possible bets or trades for their next fixture – even though they had lost to Southampton it was obvious to anyone using xG that they had been playing very well.

And what did Manchester City do in their next two games after this? They won 5-0, and 5-0: 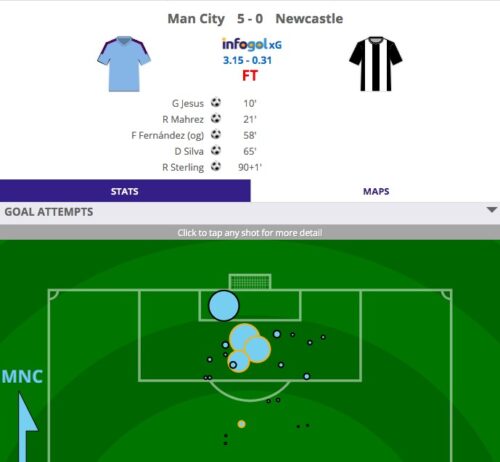 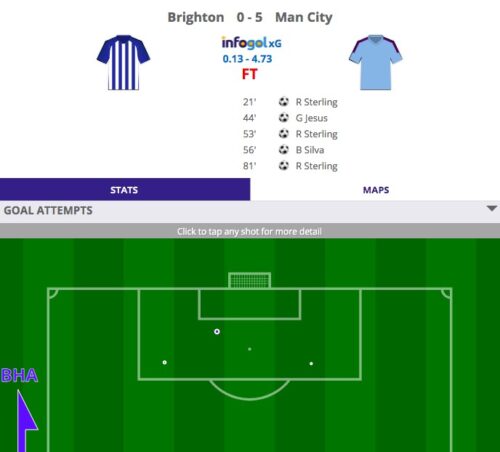 As you can see, Expected Goals (xG) is a simple way to see is a team playing well. xG said that was coming.

The site I use to study xG is Infogol. They have everything you need to see and provide an in-running xG service too which is very helpful from a live trading point of view.

How Is Expected Goals (xG) Calculated?

The biggest criticism of Expected Goals is that is doesn’t take into account the quality of the player shooting or in goal. Some people say that the likes of Messi shooting is different to Rashford shooting. That can be true, but xG takes into account a whole host of variables and with years of data backing it up and it shouldn’t take into account each and every player’s ability. Players come and go, but we need years and years of data to back up the correct probabilities.

Some variables xG focuses on are:

xG is a complex model that is very accurate even allowing for some criticisms. You don’t have to fully understand how it is calculated though, you just have to be able to use it when studying football form, and as you can see in the video and example above, it can be a very powerful tool when betting on football.

2 thoughts on “Guide to Expected Goals in Football (xG)”