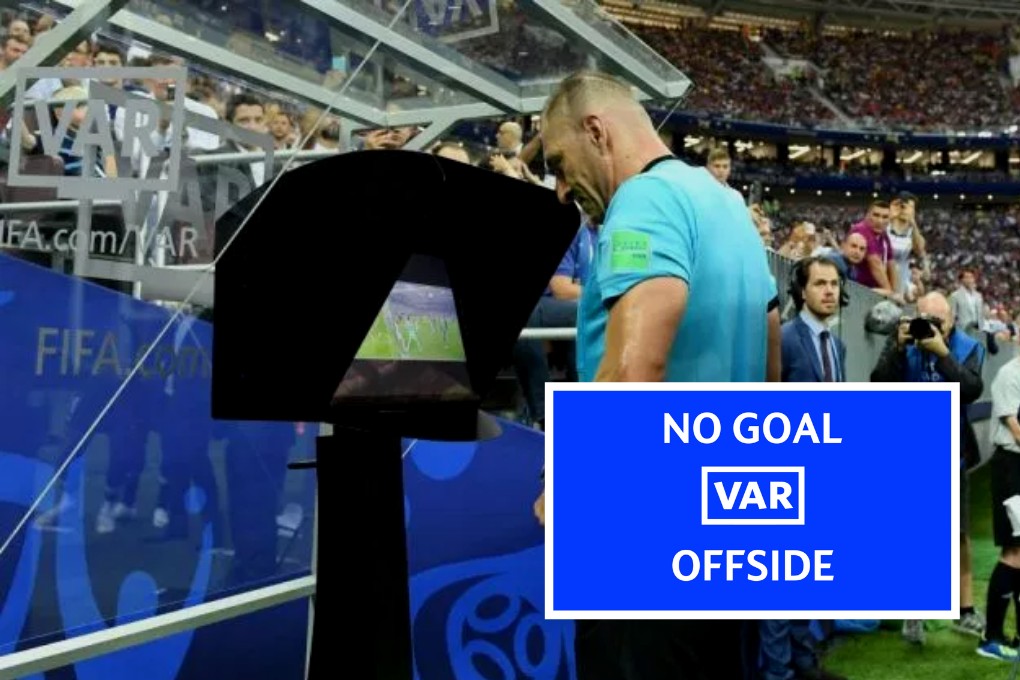 There’s no doubt about it; VAR equals drama! VAR was brought into football to make ensure correct results.

However, after months of seeing VAR in action; is it serving its purpose?

The answer to that question is obviously no, it doesn’t. It’s created so much drama and debate in households and pubs all across the country. But here’s a question that very few are talking about…

How does VAR impact the betting markets?

Millions of pounds are bet and traded in-running on Betfair and with bookmakers during high profile football games. It must be a headache for punters and gambling companies, let’s look into how VAR decisions are affecting exchange bets…

If you’re not a football fan, VAR stands for Video Assistant Referee. Basically this translates to a handful of people sitting in a room watching the game from different angles. The actual Referee on the pitch is in contact with VAR by the earpiece.

VAR can only be used for match-changing decisions. For example, goals, penalties and red cards. The likes of Offside only come into this when it impacts on a goal. You can see how this would impact on the in-play betting market on football given the time taken between decisions.

How Does VAR Affect In-Play Betting?

VAR being introduced into high profile games as really created a headache for all gambling firms. In a high paced environment, how quickly should firms update their odds? SkyBet lost an absolute packet when Manchester City had a very late goal ruled out against Tottenham. It took an age for VAR to overturn that City goal, and SkyBet put up prices as if the goal was confirmed. It was nearly the last kick of the game so it cost them a lot of money! That game was early in the season so it’s possible that gambling firms weren’t prepared.

Now that they have been stung, it won’t happen again…

The main problem for gambling firms with VAR is the time it takes between a goal or a red card happening and VAR correcting it. If the Referee hasn’t seen anything, by the time VAR speak to him and the TV camera’s get around to showing everyone what’s happening at home; new updated odds can be available.

That’s the gambling industry for you now though. We just don’t have many traders creating prices anymore. It’s all based on models and they can update in a split second. VAR may only take 20 seconds, but really and truly that’s a massive amount of time it data modelling terms.

Now that we have had some high profile VAR decisions in major games and big firms like SkyBet have lost a lot of money. The in-play football betting game has to change. You will see longer clocks for betting in-running and you will also see longer suspend times. It’s unfortunate, especially from a user point of view, but it’s hard to see anything else happening.

While we’ve seen VAR mistakes from bookmakers, what are the exchanges doing?

It’s definitely worth looking at what Betfair had to say about VAR Rules.

If customers placed bets on the basis that a goal was scored but it is subsequently cancelled because of a review, they were responsible for placing those bets and managing their position within the market in the knowledge that the event could be reviewed and reversed.

If a goal is cancelled following a video review, bets matched between the time of the goal being scored and the time at which the video assistant referee finishes the review will be voided.

If the referee decides to award a goal, retrospectively due to VAR, bets matched between the time of the goal being scored and the time at which the video assistant referee review is concluded will be voided.

That’s a lot of work for Betfair. And a lot of exact market timing too. Voiding bets is by far the best solution for the moments in between something happening and a VAR decision. You will see Betfair having longer suspend times too though, that seems unavoidable.

Betfair have an interesting take on penalties and red cards though, focusing on VAR for voiding:

As soon as we believe the referee will use VAR to review a penalty incident we will aim to suspend all markets. As of April 1 2019, if the referee decides to award a penalty, retrospectively due to VAR, only bets matched after the time at which the video assistant referee commences the review will be voided.

If a red card is cancelled following a video review, only bets matched after the time at which the video assistant referee commences the review will be voided.

As soon as we believe the referee will use VAR to review a red card incident we will aim to suspend all markets. As of April 1 2019, if the referee decides to award a red card, retrospectively due to VAR, only bets matched after the time at which the video assistant referee commences the review will be voided.

Sign up for Betfair Exchange and get a £20 risk-free bet by clicking here (terms and conditions apply).

Is VAR Here To Stay In Football?

This is a very interesting debate. The anti-VAR side are gaining momentum in recent weeks. Even though we have a lot of questionable VAR decisions, overall it’s doing a good job. VAR is there to rule out huge mistakes, but of course, there are some marginal calls which are bound to go the wrong way.

The problem with football debates is nobody is neutral and this is reflected in peoples views. A Manchester United fan is unlikely to say that a Liverpool player is not offside because it’s just his big toe across the line. And the opposite applies to the other side. However; what VAR must do is try and be consistent with decisions. A big toe offside one day equals a big toe offside the next; however this isn’t happening at the moment which is what is causing all the trouble.

Is human error the one affecting VAR?

Opinions on fouls leading to goals will probably never be corrected. One person’s view of a dive is another person saying there was a little contact. Again, opinions are always based on who people support. It’s very hard to see FIFA and the likes of the Premier League getting rid of VAR, so bookmakers and exchanges will have to change.

The answer to this question is yes, undoubtedly. We are already seeing changes to how Betfair operates; voiding bets between VAR decisions and suspending for longer.

Perhaps VAR will bring back a dying item at bookmakers; traders. Bookmakers these days rely on models and the days of an odds compiler taking a view are long gone. The problem that VAR creates though is there is a human element now that a computer or model can’t see – will VAR change an event?

Bookmaker models can’t tell if VAR will be called as the ball goes into the net, but traders could. Models who rely on data being presented to them can go wrong every day of the week with VAR; especially with the delays in changing decisions. You may see more jobs for odds compilers and traders in the near future!

It’s remarkable that the gambling industry seems to change in different ways every year. As sport changes, bookmakers and exchanges are often the ones who react the quickest; that’s what happens when there’s so much money involved.

One thought on “How Do VAR Decisions Affect Exchange Bets?”