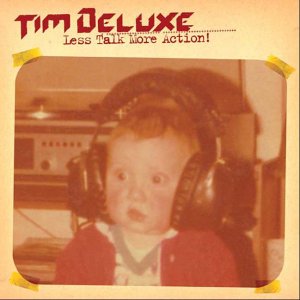 Evening chaps! well its been a rather eventful start to the month with regards to many things for me although trading hasn’t been one of them!

As boring as it may seem; I’m beginning to see that side of the coin that all the ‘pro’ traders I’ve spoken to harp on about…

I’ve banged on in the past about how all this behaviour, emotion and perception malarkey really has a drastic effect on our trading and decisions. much the case of I know and have read how to deal with it and what to do etc. but have not actually managed it (hence the title) for any extended period of time. The next daft mistake’s always just been around the corner, it’s been frustrating to say the least.

So what’s new? nothing really. It’s all the same but it would appear after a bit of an unplanned enforced ‘no trading’ period due to different things and a bitter taste left in my mouth after a mistake at the end of last month. Something’s changing… my outlook on it all maybe, I cant really put my finger on it right now to be honest. Hopefully it’s here to stay as, so far it seems really quite positive.

This last week I’ve missed many races I might have been able to trade, but due to knowing it wasn’t the best idea be it through stress or not being prepared etc. (a bitter pill I’ve not managed to take before). Both before trading and when my attitudes just not been on point.

Not being so highly strung in the moment has been helpful, particularly when it comes to over-staking. I suppose to sum it up I’ve only been putting trades on ‘objectively’ and acting in my own interests overall, less risk taking has been evolved and yes this really does take the fun out of the trading, in fact it’s really quite boring and dull!! although the returns are not massive yet I’ve had no sizeable losses either, thinking about it my strike rates improved a lot. It’s just the excitement that’s missing…

I really do hope this is a long-term change for me, as one of the full timers said to me a long time ago on the Geeks Toy forum; and at the time I didn’t really quite believe it…

“trading really is boring, that’s the best way, just get your kicks spending the cash rather than making it”.

Obviously I didn’t value the comment fully at the time, foolishly. But then I guess much like many things in life you just have to find out the hard way first to value it! If you haven’t had this moment yet, I’d really advise taking it on board. Accepting and appreciating that single sentence could have saved me a massive amount of time over this last few months!

I’ve recently started a YouTube channel. I’m not sure how much I’ll use it just yet as it’s busy enough learning and fitting the markets in around my standard job. However a couple of you suggested I put a few trades on there so I’ll make an effort sooner or later! If you wish to follow anything I add there’s a link just HERE!