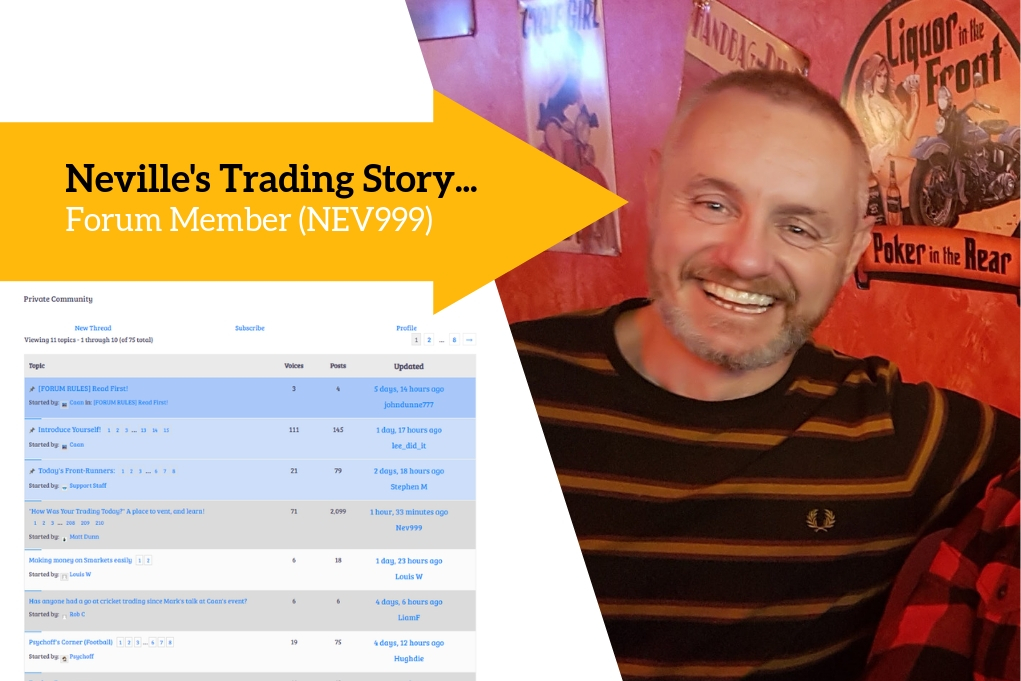 In the first of several; something a little different!

Check out Nev999’s story, one of our most respected forum contributors…

Hi Guys just a little about me…

My Name is Jerome Neville (Nev) I’ve reached the grand old age of 54 and have been a Fireman for 32 years. I was lucky to be able to retire nearly 2 years ago. Have had a couple of wive’s, unfortunately I couldn’t get that right (cost rather a lot both times). However, do have two lovely grown up self sufficient kids 28 and 30.

I was retiring to Killarney but Met a Scottish beauty and moved up to the Campsie Fells between Glasgow and Loch Lomond. It’s a beautiful place, oh and have two boys 7 and 9 to contend with once more.

I found trading by accident really, i’m a bit of a well known Del Boy in the service and have always been up to something. So in 2003 I found Betfair, opened an account and started to look at what I could do with it. I’m not really a sports follower and didn’t really punt either.

I found arbitrage through a friend who did quite well from it. Personally, I couldn’t get interested enough and only dabbled. Whilst doing this, I stumbled on a thread by a guy called Adam Todd in 2004. I was hooked, I read what I could find (which wasn’t much) found a couple of others later. Caan hadn’t arrived on the scene yet. Initially it looked easy! I was wrong!

About 2,600 and 6 months later I was down. I lacked the patience to learn properly, and it was so hard to get genuine info on how to trade.

I looked at backing to lay, laying strategies, and some get rich quick stuff. There were some real good wins but over time lost more than I made. I knew in my heart that trading was really the only logical way to make an income so dipped in and out with huge frustrations…

I began to play with different software such as Bet Trader Pro, Bet Bot Pro and the list goes on. Made some headway but ended up mainly losing again. Not so much because of the mechanics, but found I had an addictive personality. I would throw everything at trading and have big mental blow outs, causing more loss.

So I just quit.

However, I continued to search for any info I could about trading. Sometimes continuing with laying strategies, I look back and shudder at my stupidity.

So why am I still here? 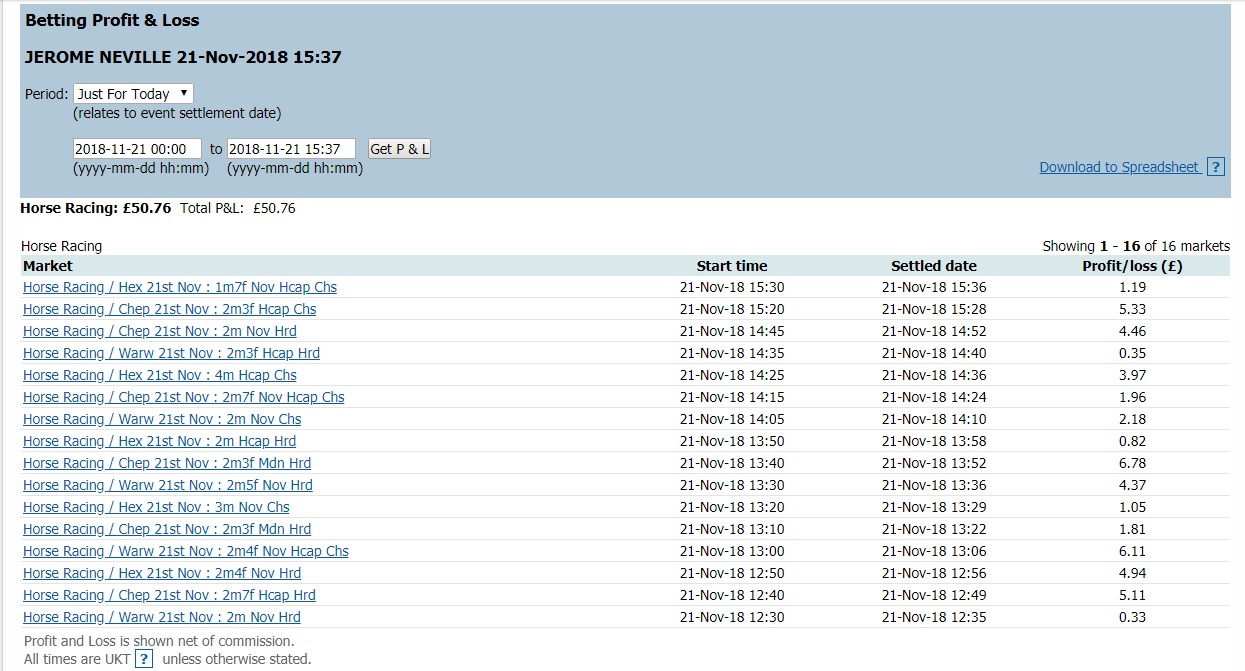 Wind forward to 2013 and I had pretty much stopped all forms of laying or trading. I’d lost a considerable amount over 10 years (head in hands moment).

However, I was still drawn to the fact that trading was and is a proven method of making a substantial income. Be it bonds, stocks, commodities, sports etc. I wanted to learn more.

I found Caans blog and You Tube I think in about 2010/11. ! started to look at everything again through different eyes. I knew I had thousands of hours of screen time, reading, watching and learning behind me. I looked to find some sort of courses but they were so expensive like £800 for a day course.

Meanwhile I watched everything Caan put out on this blog and You Tube. With 2 years until retirement I knew this could provide me with time freedom and a second income that could top up my service pension (without needing to find a job in the real world again).

So Where I am Now?

I am by no means highly profitable but, I know what I’m doing – especially compared to myself in 2004. I now make some good profit but I’m occasionally dogged by the odd impulsive mistake.

I’ve identified that the areas holding me back. Mentality is my biggest downfall!

I would say you have to work more on your own self development and understanding of human behaviour than you do the mechanics of trading to gain consistent results (some added).

I’m doing far more of this and it really started with reading the Books on this reading list then going on to explore other related stuff. After all it took me 5 years to qualify as a Fireman and years of study to go through the ranks, why should learning to trade be any different? (light bulb moment).

People talk about the aha!! moment and you would of thought that losing so much money over the years would of been it, but I have 3 that define my direction.

What Does the Future Hold?

Failure is possible but it will be down to me, not the information I now have and the experiences I’ve gained. I’m now trading with a plan and am consistent with it. I trade using both scalping and swing trading methods. I seem to be more naturally drawn to swing trading but will concentrate on both.

I’ve kerbed my expectation of buying a castle, speed boat, fast cars etc (for now). I am trading knowing I can, and letting it progress from there. I can’t say what profits I will show in 6 months but I can say there will be no need for losses. Managing the downside is important.

I look back at the last 17 years with 2020 vision, and accept the mistakes I’ve made and money that has been lost. For me it was a necessary cost for my trading education and career (should have a PHD).

But looking forward, I’ve reached a tipping point and am excited with the positive results that are beginning to flow. I really look forward to contributing on the forum and learning more and helping anyone who asks. If I can of course!

Enjoy the journey including the lows and frustrations you can’t be successful without them.

A big thank you to Nev for providing that little insight. Be sure to catch up with him on the forum!

Nev seems to be going from strength to strength in the forum. This week he reported a rather healthy result with his growing consistency.

However, his attitude is refreshing.

In later posts he noted that despite the results he isn’t loosing site of reality and wishes to continue on this steady path for the next six months of so and see where it leads him.