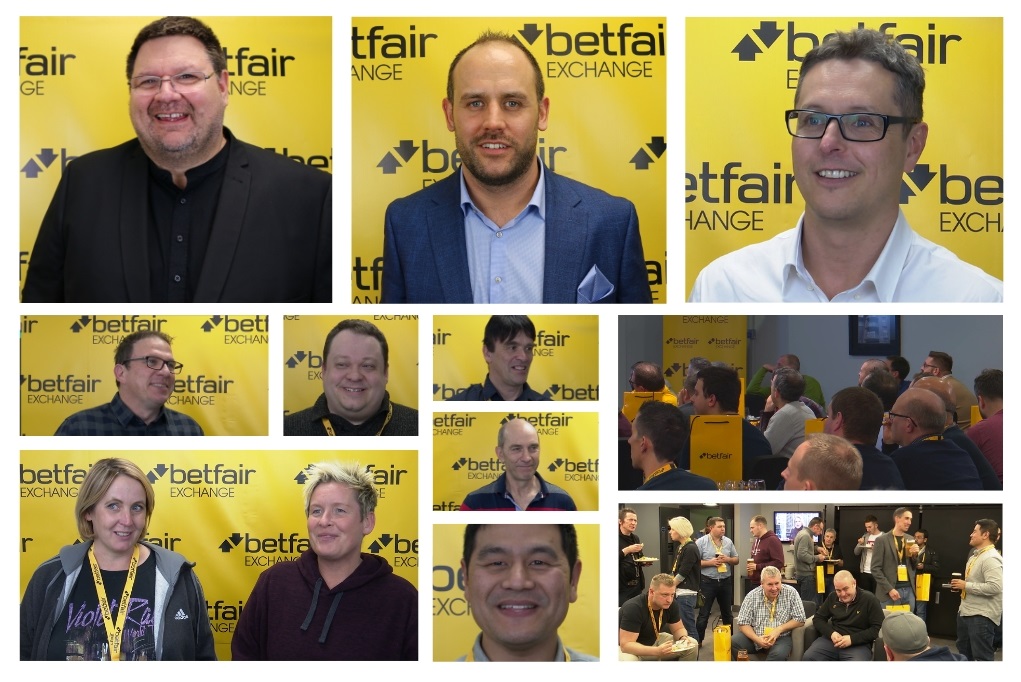 It’s been and gone! But if you couldn’t make it – here’s a recap of the first ever Betfair traders event.

Despite the hangover, I think it was one of the most enjoyable days I’ve had in some time – thanks to all who attended. It was particularly refreshing to meet so many people I have seen comment online over the years from social media…

After an early start on Saturday (nothing new) I’d wound up at the venue ahead of the crowd.

I must admit, when someone told me there was a lot of people queuing outside I had to pinch myself. Of course I knew 150 people were coming to spend the day with us, but it’s not the kind of background I’ve come from. The whole experience was humbling, thank you.

Mark, Steve and I greeted everyone personally on the way in. Much to Steve’s amusement – almost everyone told me “you’re far taller than I expected”.

This soon became a running joke…

If you wish, there are more photo’s on Instagram here.

Once everyone had grabbed a drink, unloaded their goodie-bag and settled in with the other traders the show was on the road. Steve kicked off with an insightful and honest hour, sharing some thought-provoking strategy in a candid fashion that only he could pull off.

After a quick leg stretch, bacon bap and some more beverages I followed. From conversations that followed in the bar later, there were a few aha’s falling into place. One thing I learnt myself was that; it’s not just what you say sometimes – but how you say it, along with the logic and reasoning behind it.

Next up, Mark. I’d only heard about 50% of his presentation before the day so it was an interesting listen from the back of the room.

Shortly after we hosted an hours Q & A before wiping out the buffet and hitting the bar (some people harder than others). There was talk of Tequila and Sambuca the day after, but I don’t have any recollection of this so I couldn’t have been involved.

What Did I Learn?

It was great experience. Meeting real people, engaging and trading understanding 1 on 1 was something special. You never know what you can pick up from others, even if they haven’t sucked as much profit out the market. Several conversations with guests left me thinking about the markets after, but I guess that’s logical. Only a fool operates from a position of thinking they know everything.

The 3 most common comments from the bar were:

Speaking of which, in the coming days we will upload some video highlights. If you’re interested and don’t want to miss them you can subscribe here.

You’re expecting me to say it was a roaring success though right? (and it was). But here’s what the trading guests had to say…

In due course we’ll add more testimonials. For now, meet Jodie and Nicky…

A huge thank you to all who took a couple of minutes to provide a little feedback on the day!

I’d also like to thank both the Gruss Betting Assistant and Geeks Toy software vendors for boosting everyone who attended with 3 months software use. It was very kind and totally unexpected.

Why Did We Do This?

At this point I just want to say a few words about the motivation behind this because, it’s important to be clear – we created this event.

For a number of years Mark, Steve and I have all locked ourselves away in our respective offices playing the markets. It’s a solitary existence, people outside rarely get it, and there’s just so much to learn.

Sure, we didn’t put on this day for free and there was a financial benefit for ourselves. However, it was a great way of conveying education, experiences and a different way of thinking to like-minded people. The feedback speaks for itself.

The event was also an opportunity to show the exchange providers how important the trading community is. Often we complain if something isn’t quite right, but this was a chance to show them what is right and how their customers use their products. Real people sharing real views provided some valuable insight for them I’m sure. This can only be a good thing when it comes to improvement of exchange products, services and promotion. 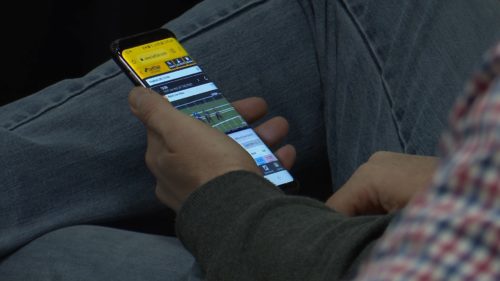 At this stage we don’t know if there will be more events, let alone when or where they will be.

The amount of emails and Facebook messages asking have blown us all away. Betfair have also been in contact.

If you’re genuinely interested, keep an eye on the social channels or join the mailing list (on the sidebar of this page or below if you’re using mobile).