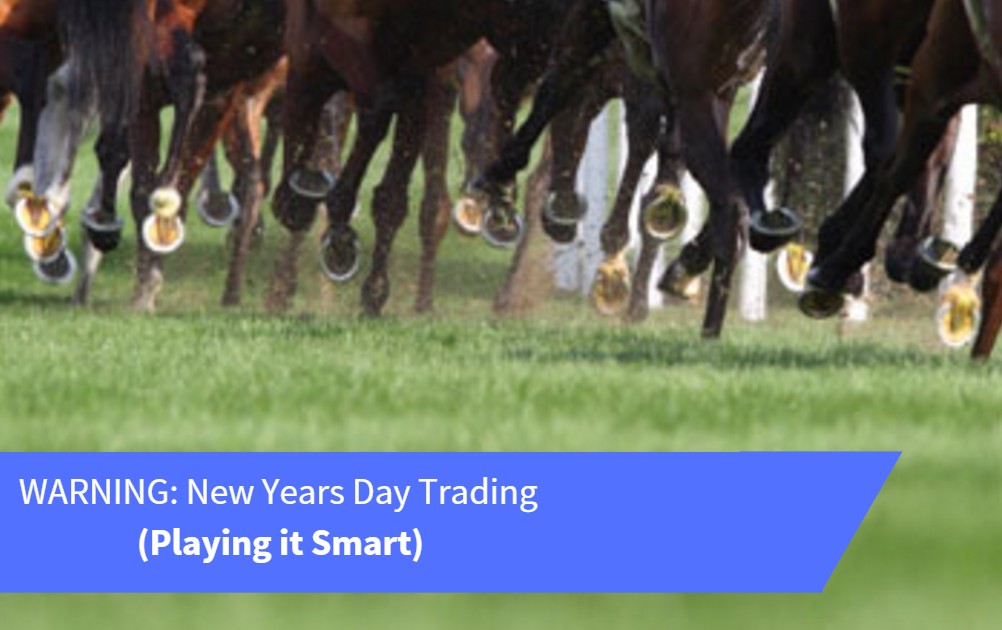 Every year people contact me on Twitter and Facebook in shock on new years day. They didn’t expect the markets to be much different to usual…

Don’t be one of those people.

New years day racing is mental. And trading it will be too if you’re not expecting it, prepare now and get it right!

Everyone wants progress, right? If you haven’t got a new years resolution, or any goals… now’s a good time to start.

For year’s I wasn’t that hot on goal-setting. It just seemed like another mumbo-jumbo style hype that probably amounted to nothing, a pretty big error on my part. Of course just because its new year it doesn’t mean there will be new opportunities in the markets (many things remain the same, they have to).

One thing I wish wouldn’t remain though; everyone that get’s sideswiped by the markets on new years day.

If I can help just one of you, this post will have been worth it. 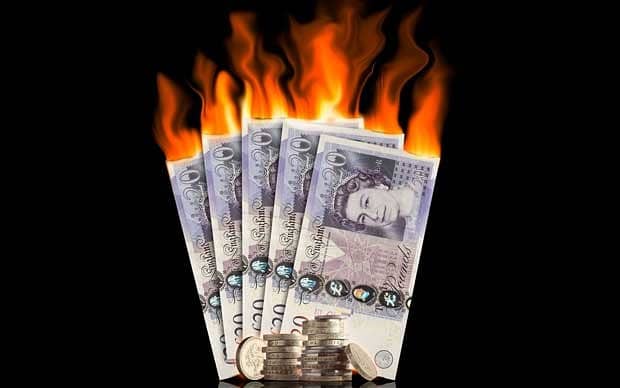 There’s going to be a lot of races on, fact.

Looking at the schedule there are;

Don’t expect the market quality to be mind-blowing either.

With a total of 53 races being spread out over the afternoon you’ve got races going off every 5 minutes and some at the same time. This means the genuine money bet is thinly spread. It doesn’t mean there is less opportunity on the whole, it’s just different. Very different.

The biggest downfall of newer traders (on new years day in particular) is over-trading and treating the markets the same as any other. They’re not.

Think of it like this; there is more money turned over on the whole as the average-joe is off work and likely to have been betting over Christmas. However, with races every 5 minutes there is little-to no build up. With less build-up to the start of a race there is naturally less interest and hype. And of course all the money arrives late. Depending on your strategy that might benefit or put you at a disadvantage. Either way, it’s not comparable to your average racing.

So what do you do now?

You’ll need to adapt for sure. By making less impulsive trades and planning ahead it makes thing easier to deal with. Especially as you skip from one thinly spread race to another. Sometimes it’s best to just identify which races don’t suit you so well and miss them altogether, saving yourself for the better stuff.

Understanding the various situations is something video pack viewers will know is important to me. It’s also why very few fixed strategies work in every sitting, and when they do, aren’t so scale-able.

Temptation is also great to deviate from your plan on days like new year too. It’s fast and furious, lots going on and often little time to think things through. If you’ve read ‘thinking fast and slow’ you’ll know this isn’t often a great environment, particularly if you’re prone to any kind of chasing. On the flip side, it can be helpful…

Understand one thing…. the value is in the madness.

On new years day, the value is most certainly in the frantic movements, over-laps, poor coverage and others mistakes. And so it’s fair to say; being prepared is more important than ever.

You may not have such high quality markets with great betting volumes, but you do have more races. And nipping a bit off those frantic tops and tails isn’t so hard if you’re patient. It’s not exactly exciting either I must add. But it’s a different way of doing business (that works).

Maximising results on the day overall comes from not making silly mistakes, but also picking up on others at times. You’ll certainly see at least one or two mad moves that then seamlessly revert back to a similar price it once was.

Impossible to say for sure, although likely someone else’s mistake. We’ve all been there one time or another, right?

This kind of thing often happens when televised coverage is delayed. It’s a pain in the arse if it’s a significant delay on a day like new years as it can screw up the whole days scheduling (hopefully that doesn’t happen). But when it does, you’ll find more of those crazy spikes chasing the ladder up and down. Sitting and waiting until you feel it’s hit a ridiculous price is a good thing, it only takes one or two decent moves like that to start the year with a bang.

Lastly it’s important to remember, with 53 races it’s not long until the next one. Make a mistake? don’t get hung up on it! Just move on…

The advice is simple. Hopefully the points shared above have already given some clues on how to approach the days trading. But the general advice is this;

Finally, accept what you’re given. The market is master…

You can’t make opportunities happen, just capitalise on what you’re presented with. It may be a record day, it may be a poor show. In past years I’ve experienced both. It’s not unusual.