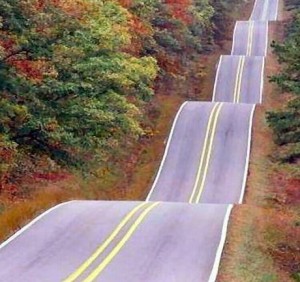 First of all, apologies for the lack of posts just lately. I’ve been away for a while, if you’ve mailed I’ll be in touch shortly.

So following on from last months posts and frustrations with a sudden move and broadband being installed there have been a few further issues, im a bit of a hypocrite here as I always offer the right advice when it comes to trading and how you should approach it along with how you ‘feel’ but unfortunately earlier this month I failed to follow my own advice and broke my own golden rules. It’s embracing to say but as I’ve always said from the begging of blogging I make every effort to be completely honest about my trading.

So eventually after about 3 hours on the phone to BT and 5 phone calls my new connection was installed! I couldn’t wait after the problems it had previously caused although jumping in feet first probably didn’t help. Coupled with the fact I’ve had a few life changing personal problems over the last month that have been ongoing I really shouldnt have even been trading at all. If your mind is not on the task fully then its likely to be wasted time or worse, wasted time and money. As I always refer to the pneumonic HALT, if you’re Hungry, Angry, Lonely or Tired dont trade!! sort them issues first. It just leads to irrational behaviour in the markets which leads to losses.

So what happened? I started trading, maybe 40% of my mind on the task and 60% on other problems ive had. The first couple of races went ok, the third was a bit choppy but I did ok then bang first mistake. The £106 loss was annoying but not something im not accustomed too, I managed to put it straight in the next although was playing too bigger stakes without a doubt. It wasnt long before disaster struck overtaking and the £576 loss came. Given the state of mind I was in then I should have just stopped, but I didn’t. I battled on before really making another mistake in the 3.30 race on too bigger stakes! It was at this point I did something I havent done in years and years, I didn’t hedge up… if the horse lost I didn’t lose anything, if it won then well…. it won….

So, what can you do when things like this happen? not a lot other than learn from it. I really messed up here and with all the other stuff ive had going on I havent traded for over a 10 days as I went to visit a friend, the break was needed.

Confidence is down although I know in these situations it wont be long until things are back on the up! the problem is with such little time to the end of the month and such a big loss February may finish a negative result… which makes the £100k and actual challenge now!! I still think I’ll do it but its gonna be tight!

I’m gonna start slow and work into it, having no expectations in this type of situation is key!! I’ll resume posting more frequent again so you can watch me bounce back from this!! were all human after all, these things happen!!

13 thoughts on “Peaks and Pitfalls of being a trader, black February…”