I’ve spent more time working than usual over the last few months. It’s been rewarding, but a break away was over-due. The last proper one abroad being Barcelona in July.

With it being a last-minute pack-and-dash I made a few foolish mistakes. I’ll explain at the end…

Epic. In one word, that just about covers the sights in Iceland.

It’s not my usual choice of destination in truth although it’s been on my Bucket List for a while now. The Blue Lagoon was pretty impressive although weather wasn’t great which made visibility poor. On the flip-side though, it was crystal clear at some of the other sights.

Overall it’s a tiny country, heavily reliant on tourism. Which, as most of the followers that commented on Facebook and the like said; makes it pretty expensive when comparing to other destinations. Worth it though in my opinion.

The top 3 points for me were:

You may have already seen me taking a ice-cold plunge on Facebook (see it here) but the natural hot-springs were truly awesome. On one side you had a freezing cold lake, and the other a selection of 4-5 different natural springs with temperatures varying up to 40 degrees.

Great place to chill out with a beer… 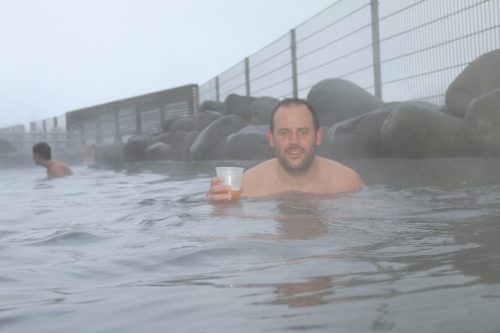 A little colder, but one of those views you don’t get to see to many times in life. With all the water pouring off the glacier I don’t think I’ll see anything like it again: 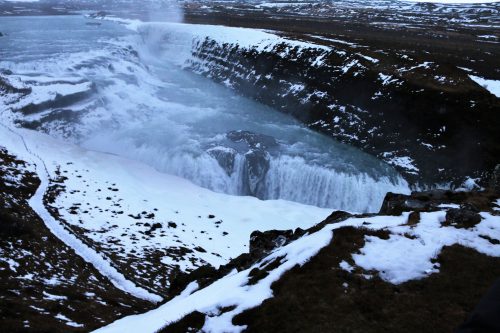 Aldo make sure you book up the tour that visit’s the geyser’s… pretty impressive!

Reykjavik itself isn’t huge but there’s a little architecture if that’s your thing. While it was expensive, everywhere I ate was great. In particular this steak house was mind-blowing, if you go I’d say it’s a must-visit place. 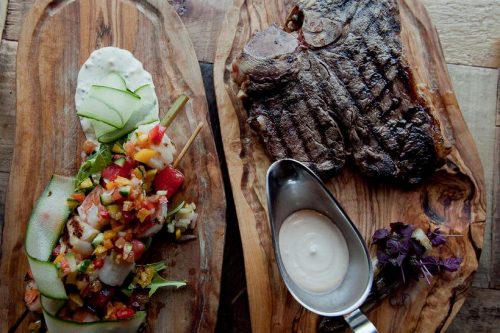 Mistakes: What Not To Do…

Ok, so there were a couple of little ‘blips’ on the way. If you’re planning a trip to Iceland any time soon I’d say make sure you book everything up in advance. One or two things I left a little late but was lucky.

The one thing I wasn’t so lucky with was the airport transfer… on arrival it was chaos with people booking busses. It didn’t take too long to realise why. We’d booked a hotel that offered a view of the northern lights on occasion (didn’t see them) and thought it wasn’t that far from the airport.

After piling into a cab during a bit of a snowstorm everything was good, the cab driver looked a little shocked at first. After about 10 minutes I realised why; Reykjavik cab’s are pretty expensive… down a couple of hundred quid before I’d started. Use the busses if you go.

The Blue Lagoon is Iceland’s number-one attraction without a doubt, the down-side being; if you haven’t booked in advance than expensive get’s really expensive. Various companies block book tickets and re-sell them at double the price… If you want a ticket you’ll get one, it’s just going to hurt.

Take a travel-plug… standard right? not for me, I do it every time. Have about 10 in a draw at home now!

On the whole, a good little break. You probably only need 4-5 days to see everything though.

Related: Back In The Hot-Seat And On Fire!

5 thoughts on “Quick Break Away: Iceland…”