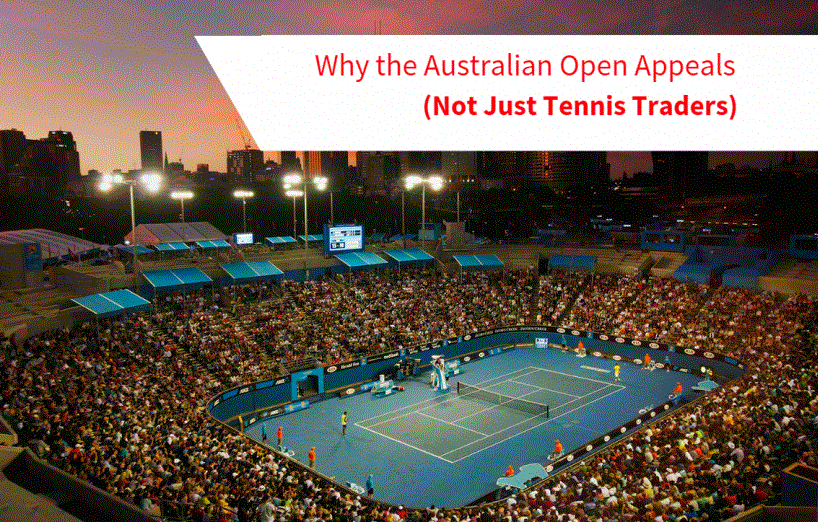 Some tennis traders probably don’t like the Australian Open with the different time zones. It means getting up at ridiculous hours to trade…

That said. I’ll be doing it a few times at least this year. Last year I was a little lazy getting out of bed!

Trading tennis isn’t my first love but trading the Australian Open has a few benefits on offer to me that others don’t. Plus various edges carry across sports, or at least the foundations they’re built on do.

This blog post will be all about that. Along with; likely outcomes, making a few quid and reliable resources to use as a tennis trader.

Not Just For Tennis Traders…

Trading the horses is top priority. But this time of year the schedule becomes increasingly bleak. Low quality races, often called off due to weather and well, just weak betting markets. Obviously there’s plenty to trade still but its not as good as it could be.

During this period I like to reflect a little, review and learn from mistakes. Gain any knowledge I can that’ll help in the coming months. But after a couple of years doing this I realised I was missing a trick… tennis. Like I said above, time-zones aren’t brill but January offers an interesting opportunity in the tennis markets. And so; the Australian Open isn’t just for tennis traders!

I’ve found, although not exactly the same in every sport. Various advantages often transfer between sports… especially when they’re based on psychological factors like; fear, greed, panic and the like. Tennis is no different… 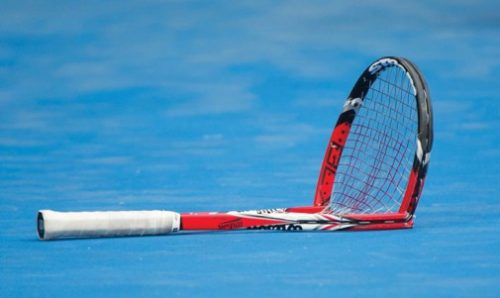 Of course nobody knows for sure, unfortunately… However, it’s odds on a few broken rackets and tantrums will occur.

The best tennis traders know that tennis is prone to wild swings, breaks of serve and matches that were seemingly over, springing back to life rapidly. Instead of trying to predict what will happen ahead of time, they focus on what has happened previously and what’s happening in-the-moment. While being select and disciplined in where they enter or exit the market.

That last bit is crucial.

Only entering the market in opportune places in terms of numbers as-well-as on-court opportunity massively increases your chance of success. As a part-time tennis trader I don’t know all the players intimately, which isn’t ideal. Some players routinely do the same thing again and again.

You’ve heard about ‘the bank of Djokavic’ right?

Obviously Novak has a history of extremely short prices having been one of the top tennis players for some time. Although a couple of years back he went through a stage of dropping a break and starting slow… not something unusual for some players. I remember tennis traders in the trade shark chat at the time referring to him as ‘the bank of Djokavic’ because of this.

Whenever a player drops a break in serve the odds have to shift, understandably. But this doesn’t necessarily mean they’re playing poorly, knowing it’s one of their general traits leaves you in a situation open to further inspection.

Check out the Beginners School Here

Think about the broken rackets…

Much like injuries, time-outs and broken tennis rackets. A players attitude can affect the market. If you was following me last year over Wimbledon you may have seen the post about Federer at Wimbledon. Suddenly, out of nowhere Federers temperament changed, and so did his play. Tennis traders will know it isn’t the first time it’s happened either. It’s fair to say the market momentum shifted drastically as this happened, Cilic’s heart probably sunk too (his opponent).

As I’ve said before; ‘where there’s change, there’s opportunity’.

In some cases it’s quite possible to make a profit with no risk at all, although they are less-frequent. Aside from that, tennis often produces situations where there is more potential risk than reward. As a tennis trader its your job to exploit this, other-wise it’s just betting. Don’t do that…

Finding one of these points where the market is as it’s most compact, along with a particular personal trend in behaviour (from a player) is the perfect opportunity. The only downside being; you might have to watch a load of tennis before the opportunity presents itself. But if that’s the WTA, it’s pretty easy on the eyes!

In short, the key to winning for any would-be tennis trader is to know where the market (and players) strengths and weaknesses are. And then deploying with our old-friend discipline!

One of the most positive things about tennis is; you can really stake up when you find a solid opportunity, and generally, the market will take it. Again, refer to the Federer post... 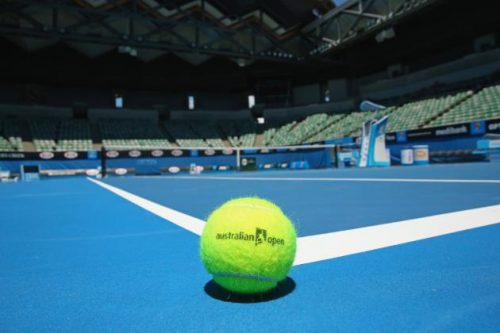 You’re in advantageous position if you already know a players strengths, weaknesses and regular reactions to various situations. Sometimes it also makes reading their behaviour that big easier.

There’s a few links below that are probably worth bookmarking when it comes to trading the tennis. Monitoring several matches at once can be quite tricky too, but you can’t choose which one will have the best opportunity appear in. Flash scores is helpful with its in-game historic data.

Tennis trader or not, good luck this week!

3 thoughts on “Non-Tennis Traders: Why the Australian Open Appeals (2017)”