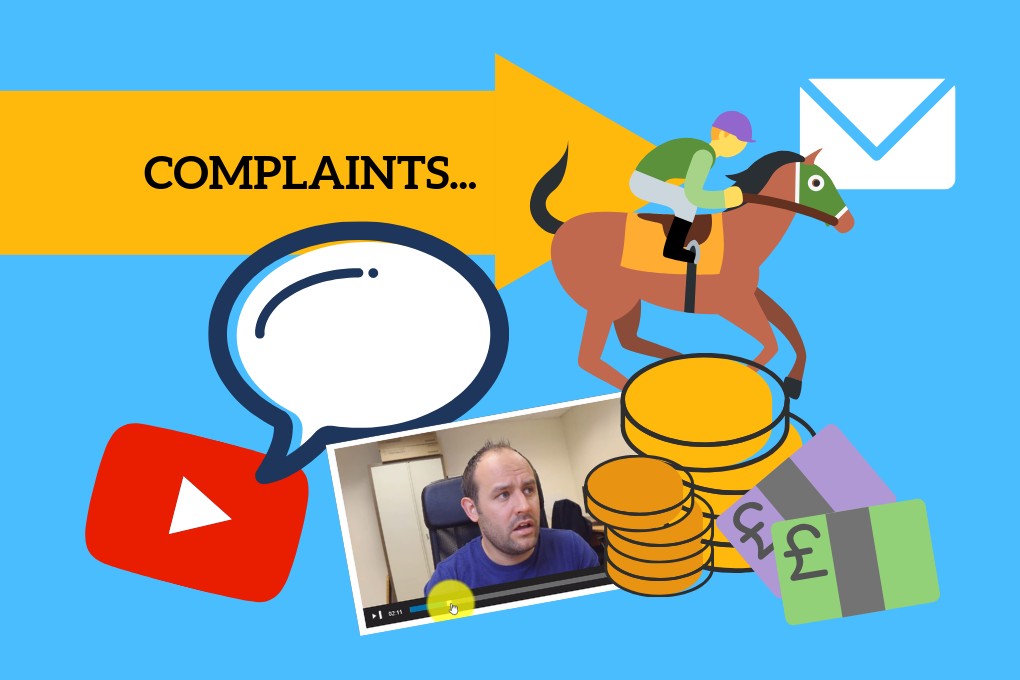 Trading isn’t going to be for everyone, and it’s certainly not a ‘get rich overnight scheme’. But isn’t £6 a race worth your time?

Over the last few weeks, we’ve released a batch of YouTube videos. Possibly 6-8 new updates showing some on-screen trades, answering followers questions and generally providing some insight and value for nothing…

But it doesn’t seem to go down so well in some quarters. Are we wasting our time?

There’s a been a couple from a similar angle but as an example. See some recent YouTube feedback:

It saddens me a little to see such comments like this. Over the years I’ve made every effort to be realistic and let readers know – it’s unlikely everyone will start banging out £60 profit per race. Some will never manage it.

The point is; you have to start somewhere. If you can’t make £6, and or you aren’t willing to sit down and trade for ten minutes to achieve it. Trading isn’t likely to be for you.

Maybe you’d be suited to Bitcoin, MLM or other fan-dangled schemes.

When I started out if you go back far enough [first blog linked here]. I was quite happy to poodle along with for £2, £4 or £6 a race. There’s quite a few each days, particularly this time of year, so it soon adds up. I started with a £600 balance and compounded my way up the ladder. A few banks were blown in the early days, but it didn’t deter me. Sure I’d have loved to pull out a few monster results or even sizeable ones like the £60 in question, but it didn’t really happen like that.

Watch the Video Mentioned Above

I’d also argue that people with a £300 bank are far less exposed, finding it easier to whip a couple of stakes through the market unseen.

Last year I did a little mini-challenge on the blog with a £400 balance. See the challenge posts here. Some said that was pointless too!

…one last note would be – the API freezes no matter what size your bank is, and yes it has hurts a lot more than a £300 ever could.

What’s Realistic? What to Expect:

I’d like to open up the comments section at the bottom of this post – what do you think? should we not bother with such YouTubes?

Some others also commented about ‘competitors’ leaving negative comments under false accounts. I don’t think that’s the case with either of the above, they’re genuine thoughts.

What do you expect from trading?

30 thoughts on “Recent COMPLAINTS: Being Realistic… (£6 a Race)”