A few of the most common mistakes when trading on Betfair… 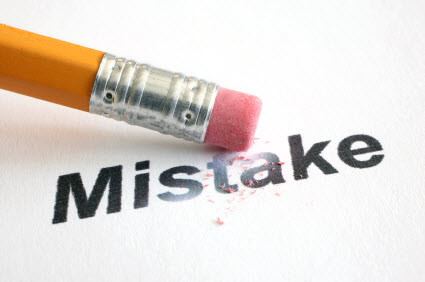 Hey! this week I’ve taken a little time out to add a page to the site, its been over-due for a while. I’m talking about the what is trading page. For regular readers it’s going to be way to late, but for those that have just come across this new black magic, it should make things a little clearer. I know when I first come across the markets it was rather confusing at first.

I’ve been a little slow on checking the inbox’s this week, with all that sunshine its been hard not to dart off to the beer garden after an afternoons racing! However, when I have looked the general contact and questions are around the same sort of thing. I find myself saying the same thing again and again…. trading on Betfair is not just about winning, it’s about not losing! so with that in mind, here’s a few things to avoid like the plague.

Trading on Betfair can be pretty exciting, especially as you just come into it, which is often the first problem. It’s always good to do something you love (like watching sport and making plenty of cash) but if you’re coming at it from the excitement angle its likely to end pretty quickly. As boring as it may be the best trades are often the most well thought out, the ones you have the most knowledge on. So making sure you understand, what it is, and whats going on in the markets around you is pretty important.

It doesn’t just stop there though, like all good things the more you look, the more you will find. Having a good idea of how the markets function is pretty helpful, but if you understand specific situations it will help even more so. Remembering each situation is unique is part of that. As Warren Buffet is known to say “risk comes from not knowing what you’re doing” trading on Betfair is no different.

This is often another early stumbling block for those trading on Betfair. The more distractions you have, the harder things are going to be. So if you’re one of those that are keen to get on in the markets it’s probably best to either make time specifically for trading, or some space elsewhere if you’re immediate environment is hectic. Attempting to scalp the horse racing on a Saturday afternoon, in the living room, while the kids are doing their star wars kid impressions and the dog’s barking at the Mrs hoovering just isn’t going to work.

It’s not just the outside distractions either. One of the biggest distractions if you’ve just started trading on Betfair is going to be having an open trade. Having an open trade in the market can be pretty distracting too if you find yourself staring at your own position alone. You need to look at the bigger picture, always! the remedy for this one is usually dropping down the stakes to a level where the tick increments don’t mean so much to you. Getting tunnel vision like this nearly always ends in disaster, as you’ll miss something else that’s quite significant.

The most difficult aspect to trading on Betfair manually in my opinion. It’s the one that can trip up even the most experienced trader. Not having the right mentality when trading is and will always end up in disaster. Over the years I’ve seen others say on forums in particular they could not have done this when they were younger, purely for that reason. Obviously it all depends on the individual, where you are in life, your financial situation and most of all how much you want it. But rest assured, if you ignore the fact this exists its pretty much game over. What ever you do, don’t trade angry.

I wasn’t sure if I should just title this point Gambling, but seeing I trade pre-race I’ll keep it as it is. If you’re trading the pre-race markets then keep it to pre-race, the same for football, tennis or whatever else. The temptation to go in-play because you can’t accept you made a bad call is great, particularly if you’ve come from a betting background. This is not trading, you might get away with it 2, 3, 5 or even 10 times. But on the time you don’t…. you won’t have to go far in the various Betfair trading communities online to see this. If you didn’t plan to go in-play then just don’t no matter how bad your position is. If you’ve planned it (like a back to lay trade) then it’s different, but still you’ll need to stick to your own rules depending on what happens.

Realising the times you trade is massive. It was a bit of an eureka moment for me many moons ago. By keeping the same strategy and applying it to completely different time zones you will get wildly different results. Much like the initial point above about different situations, what works 30 seconds before the start of a race won’t work 15 minutes before. You’ll need to work out how you want to trade, long-term, short-term and why. This post should give you a few clues.

Some of these things might seem quite obvious although people do them again and again, why? I’m not sure. Although I know I did for a long time aswell.

Kicking the bad habits will have a huge impact on your profitability. It’s always one of those things people underestimate. If you made or lost £5 in a race say, that doesn’t tell you a lot about your performance at all. It just tells you the final score. You could have placed one trade at £1 a tick and made a 5 tick profit, very good. Alternatively you may have placed 14 trades, made 3 ticks profit at £5 a tick and lost five ticks at £1 a profit and a whole load more at smaller increments per tick, that’s pretty bad. Keep things steady and avoid the losses, doing this often leaves you on top if you have any kind of edge at all.

2 thoughts on “Top 5 Mistakes When Trading On Betfair…”