Trading on Betfair at York this week? 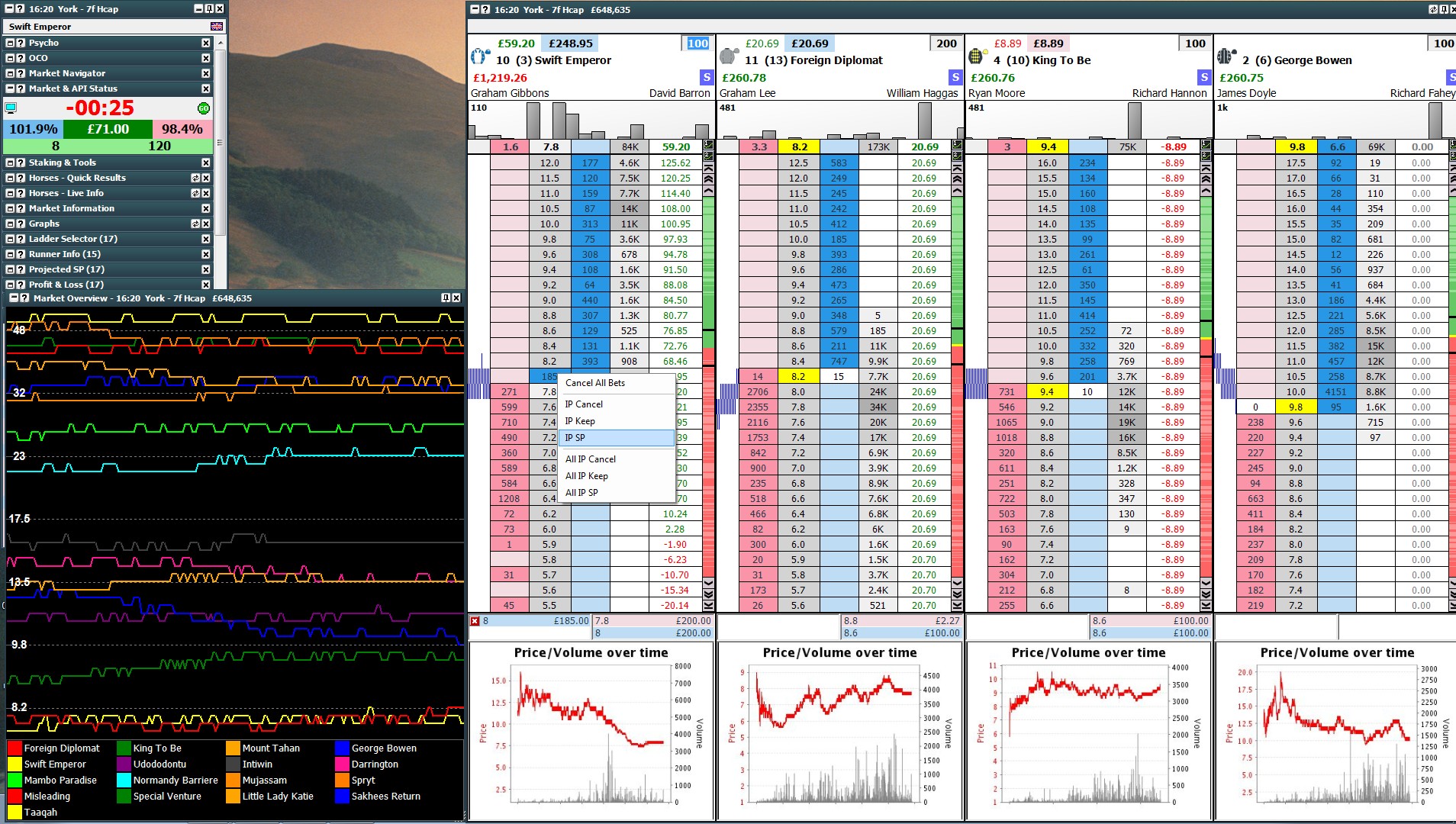 Trading on Betfair at York this week has been a rather pleasant experience, liquidity has felt rather consistent, which is nice. At times it has tailed off rather drastically in the last-minute or so, which isn’t all that unusual. Although at points it’s caught me out, particularly when it comes to trading out of a large position. It’s just one of those things that’s inevitable to happen at times when trading on Betfair.

Of course I mean getting caught in-play, when you don’t want to (in fact I mentioned it in this post). It’s something that very rarely happens to me anymore, although in time gone by when im deeply engrossed in a market its possible to forget to actually watch the TV coverage instead of just listening to the audio. The problem being with the latter, the pundits natter away all the way up to the start of the race sometimes and in if you’re not watching you may think you have longer than you actually do!

The screen grab above (York, earlier in the week) show’s one of the best ways to counter ‘getting caught in-play’. If you right-click on the bet in the market it’ll give you the option to ‘IP SP’. In other words take the starting price at the beginning of the race. Sometimes you’ll miss out a few ticks but it stops you getting caught in-play with a stake you can’t get out so easily. I’d also advise not leaving unnecessary bets in the market past post time, can be a real killer if a spike comes in and matches a bet you thought was ‘safe’ from being matched as you go about your business.

It’s one of those above average meetings that often comes and goes without much drama for me. I don’t get as excited as Cheltenham although it’s a welcome improvement on a standard weeks racing. This week I’ve done quite well, better than expected, which is always pleasant. Setting low expectations is pretty important though, and as I don’t really have all that higher expectations of York its quite possible it’s helped!

The weekend holds some more quality racing which looks good. The only downside being the summer sun outside! It’s hard to sit trading on Betfair when your friends are beckoning you to the beer garden!

Decisions… Whatever you do, have a good weekend!

One thought on “Trading on Betfair at York this week…”