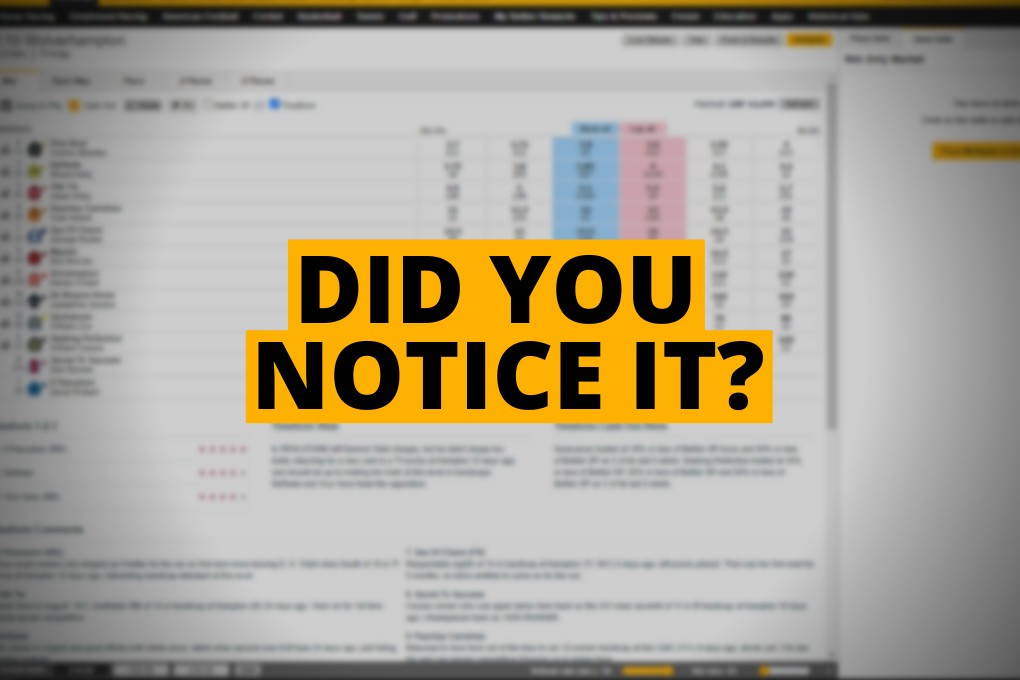 Did you notice a change in trading conditions last week?

I wasn’t the only trader to either… 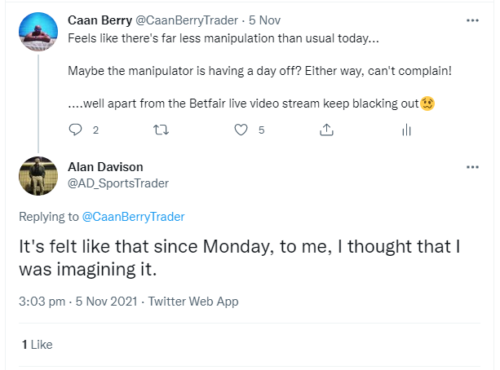 Hopefully, this is a permanent change as the exchange markets were a joy to trade. Without the added noise and large stakes bullying the market about, it made for some low-stress results.

Alan’s comment above is quite a pertinent one for several reasons. Not only had one noticed the change, but it highlights how most traders feel in the markets. Questioning ourselves is a positive thing in many ways, although it can leave you feeling paranoid. It’s not usual to see people saying that they feel like “someone is watching their trades”.

Market manipulation has happened for decades. I wasn’t trading when Betfair first started, although I’d imagine there would have been people attempting to manipulate prices within hours. Where people and money go, manipulation follows…

Being obsessed with market manipulation can drive you nuts. I’ve given myself a headache trying to understand it in the past (there are patterns). Knowing the exact triggers is difficult, although seeing where it’s most likely to surface is not.

I’ll be interested to see how the markets work out the first few days this week in comparison. Unfortunately, the end won’t be an option as I’ve got a breakaway lined up (sod’s law I know).

If manipulation resumes, I’ll be wondering what was so different last week?! Was there a distinct reason for it? Maybe the manipulator had a week off?

How Much is Manipulation Worth?

There’s no saying for sure, although it’s certainly a lucrative game. I suspect that whoever is behind it has to have some kind of manual intervention. Probably part-automated and part-manual. To manipulate the markets via automation alone would be a nightmare. Many times I’ve seen it ‘react’ against the grain.

Having time away from manipulating the markets is probably a bit of an own-goal for the manipulator as it kind of shows its hand. To keep it up daily must require some work ethic! Although I expect that gets easier if you’re earning thousands a day at a reduced risk.