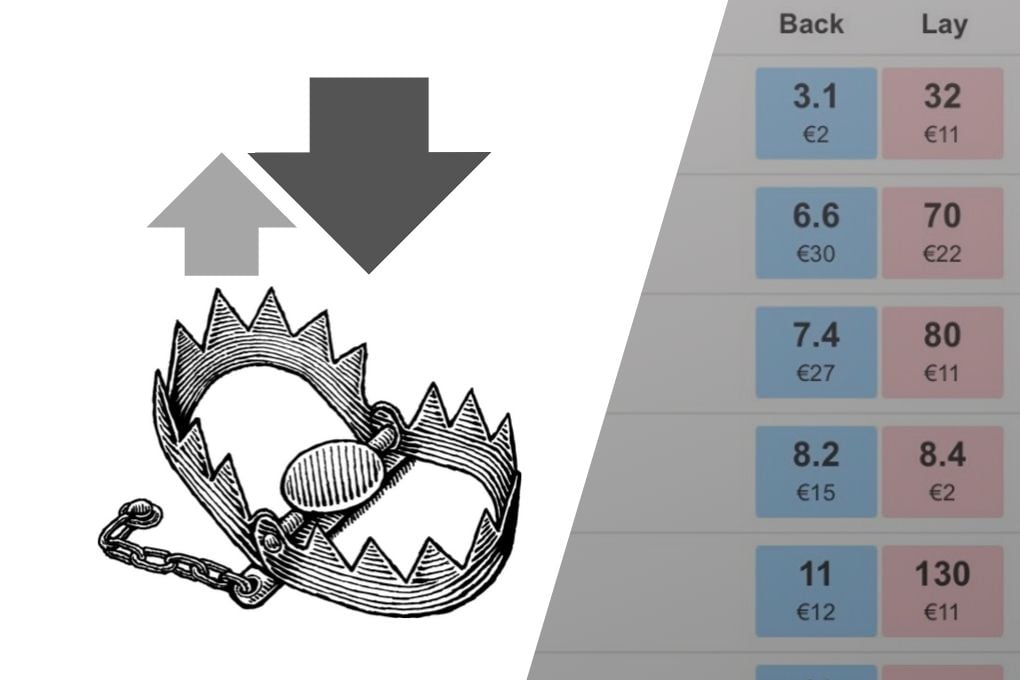 Is trap betting just being smart, or is it unethical and unfair?

In a long over-due post I thought I’d knock up a quick post to explain what trap betting is, why people do it and open the debate amongst users…

What is Trap Betting? (On Exchanges)

As the name suggests, it’s a trap!

Fortunately, I don’t think many readers of this blog will be falling for it. However, some of you may consider setting a trap or two of your own after reading…

I’ll admit, in the past, I’ve tried it out. To me, it just seemed like a smart thing to do (low risk as well).

Trap bets are tactically placed bets in an illiquid market, to create an illusion whilst leaving the end-user in an advantageous position should they be matched. Typically they are most effective in ante-post betting markets.

Why? Because punters look ahead of time in these markets to place their bet, although there are large gaps in the price – affording you a favourable match at the hands of their mistake…

Below is an example with some images to explain further.

How Does Trap Betting Work?

See the Qipco Champions Fillies and Mares exchange market on Betfair below.

These are ‘trap bets’.

This illusive ‘trap’ is set in the hope that somebody mistakenly lays at 65 instead of 6.5, leaving you in a very profitable position. Matching just a few pounds at that price is a nice payout!

I think it’s clear to see, it’s not a coincidence at those prices…

I’ve discussed this with a handful of people in the past. The next comment is usually “that’s not fair is it”.

The question is open, let us know in the comments below: do you think this style of trap betting is ethical?

In my mind, the exchange is a free market. Whilst this may seem a little naughty, nobody makes punters match bets at those prices. It’s just the cost of being uneducated in the first place! We’ve all been in those shoes at one point or another.

You could also run a parallel to people who automate their lay bets at very low prices, waiting for a largely uneducated punter to ‘fat finger’. Where do you draw the line?