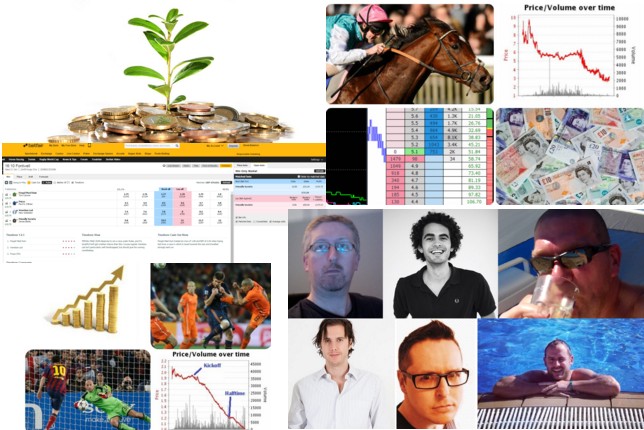 Another year, another adventure…

Each year, when it reaches this point. It hits home just how lucky I am…

As the Christmas chaos sets in and everyone rushes about buying gifts and juggling work and play, it’s quite different for traders.

Or maybe I should say, it can be. For most of the year, it’s quickly forgotten but one of the best perks to being an exchange trade is the fact you don’t have to answer to anyone.

I think everyone just thinks about the money on offer, which is also helpful at Christmas. Although the freedom to do as you please is just as valuable… if I think back to being in the Army, it’s probably more valuable as some just won’t have the option.

This year seems to have passed in a flash. But I guess it’s like that saying goes; ‘time flys when you’re having fun’.

This year I achieved a small goal I set back in February – to get out a little bit more. Probably not what everyone expects, but it can be quite easy to roll out of bed late, flick on to trade the afternoons card and not see anyone in the process. Getting over to Ascot a few weeks back was great too. Until then, I’d probably only met one or two Betfair traders despite being involved in the markets since 2009.

The blog’s been a little quiet at times, apologies for that. I’ll try to make more effort next year!

There have been a few interesting posts on the way through. I’ve made a short-list of a few useful posts below:

It’s important to have something new to devour, for me at least it is anyway. Progress is something that makes me happy. In 2016 I think I’ll be looking to build on previous tennis trading knowledge, particularly towards the different players and their individual traits.

Tennis is a very different trading proposition to the nags, so it’s good to have more than one string to my bow. The WTA is a little easier on the eye, although I’ll probably spend some time on the ATP too.

Other than the tennis and additional development in the horse racing markets I think I’ll take a bit more time out to travel. It’s hard to tear yourself away from the screens when there’s so much on offer, although I like to remind myself I got into this to have a better life, not just look at a few screens, flashing numbers and listen to the toff’s waffling on RUK.

Where I’ll go, I’m not sure. Snowboarding holidays are always of interest, but I think I’ll try to get around a bit more this year… I guess I need to make my mind up on that a bit more!

In 2016 I think there may be several of these proposed mergers go ahead between large bookies, although I doubt much else will change.

Hopefully, the general punter will become a bit more savvy with their betting and lean towards exchanges. If that actually happens yet is another thing. Although the more I think about it, it has to sooner or later!

One thought on “5 Most Useful Blog Posts…..”