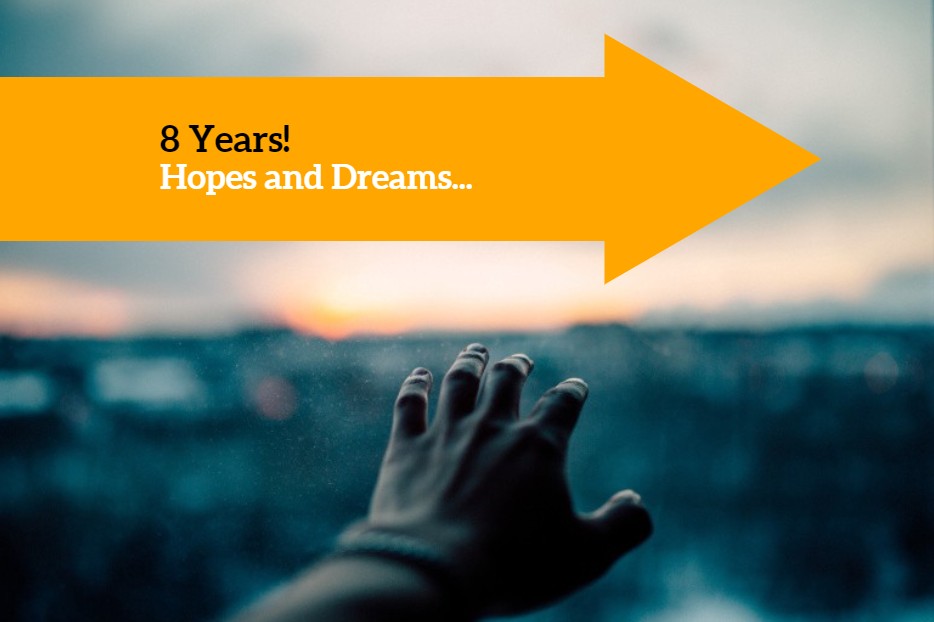 Exactly 8 years ago today, my entire world changed. I experienced one of those ‘oh f*ck’ moments…

Truth be told; I’d known this moment was coming for a while. Just not yet (you’ll find out why in a sec).

I’d begun to think about many things, develop new hopes, dreams and of course dabble with sports trading…

Half asleep, dazed and a little stunned I didn’t even see it coming. After a few seconds of re-assurance, I helped her out of bed. She was a little over 7.5 months pregnant, but at half three in the morning, neither of us had put two and two together.

You guessed it, she stood up. Woooosssshhhhh!!

I remember it vividly. Billy, our chocolate brown Labrador had made his way into to bedroom, sitting obediently by the door. Looking at me he cocked his head at an angle; dog speaks for “WTF”.

…now she was really panicking. Despite being calm and collected on the outside, I was too. This wasn’t supposed to happen yet! We weren’t ready.

So we scrambled into my knackered Ford Fiesta, a pile of towels for her to sit on whilst googling the postcode for Bath hospital. We had been to a couple of pre-birth clinic’s, but at this stage I didn’t even know where I was going – something I get a reminder of each year. And so we took the scenic route.

Still, the mood was lightened from the moment I started the car. I shit you not; this song was in full flow:

Despite getting lost it was an enjoyable journey. I didn’t stop laughing and she didn’t stop hitting me, telling me it’s not funny (whilst trying not to laugh between contractions herself).

Safe to say, one of the fondest memories I’ll ever have.

But as most parents will know, having your first child is a scary experience…

Already in motion, both fear and the need to change was undoubtedly one of my first trading motivators. I needed to improve my situation, I wanted to secure my new son’s future. I didn’t want him to face various struggles I’d experienced in life at an early age.

Not so long ago I heard a quote, I don’t know who said it first but it sums up that point in my life perfectly:

Being in the military at the time, I didn’t feel like a great role model. I know some may feel taken back by this, as the forces are noble role. But for me, it was just a logical escape route from a somewhat more desperate situation. I’d never yearned to be in the Army, I just kinda landed there! To continue on that path would just be too painful. Having lost friends I didn’t fancy risking it anymore either. I didn’t know it at the time, but several months later it would happen again.

Occasionally I wonder what I’d be doing now if it wasn’t for that sequence of events. Would I have still perused Betfair’s markets so relentlessly?

It’s impossible to say, but I doubt I would have tried so hard.

Dreams: Not Done Yet!

Fear is a strong motivating factor, but what comes next? Once you’re clear of that danger and worry. It’s a new kind of problem in some ways, albeit a more pleasant one.

I must admit, having an 8-year-old son does make me feel old in some ways – but I’m only 32. There has to be more, right? I’m a gazillion miles away from it, but I wonder how the super-successful keep going sometimes. They must really love what they do. Jeff Bezos for example; how do you keep motivated with over a 100B in the bank?

Recently I’ve enjoyed working with others to update the website and YouTube channel, so that’s one avenue. Feedback on the video course improvements has been very positive, but I’m unsure what the next big turn is for me. There’s no denying Betfair will be a big part of my life for some time to come, but I’m not sure I want to be clicking flashing numbers 18 years from now! Initially, the first goal was to be profitable, then to replace my salary at the time of £28k per year, then £50k, then £100k… but there comes a point where just making the numbers bigger isn’t all that satisfying.

In some ways, I miss having that crazy dream (according to everyone else). Something to ponder.

Either way, it’s important to remember – dreams do come true.