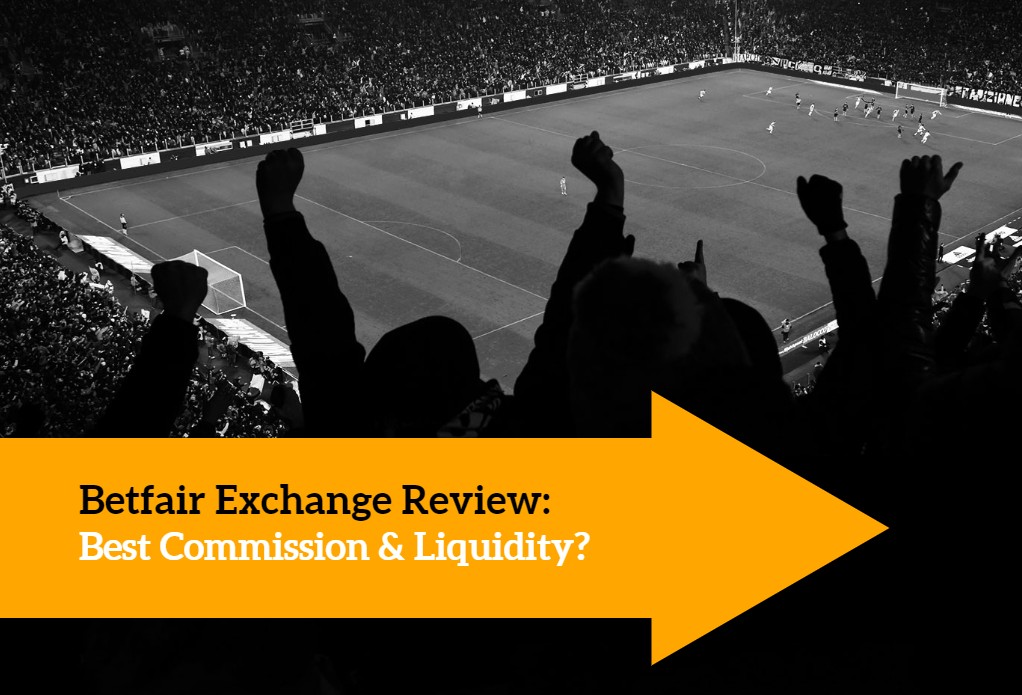 So many of you have asked for an honest review of Betfair’s Exchange. So here it is!

Over the years, Betfair has changed a LOT. Fortunately, we have been active on Betfair for over a decade – leaving us in the perfect position for this thorough and honest review.

From start to finish we will cover the good, the bad, and everything in-between…

What is Betfair Exchange?

Betfair is an online sports book, betting exchange and casino.  Whilst they tend to focus on the sports book in their TV adverts nowadays,  it was the exchange that made them and brought the company to where it is today.

Founded in June 2000, Betfair Exchange was the first online exchange that paved the way. It’s hard to imagine now, but back in 2000, sports trading was simply not possible unless you were working for a bookie.

Instead of having to use traditional bookmakers to place bets, Betfair Exchange gave us the option to bet against other users via a trusted third party marketplace.

What’s the difference between a sports book and exchange?

If you’re reading this post because you’ve read my articles before, then you probably have a good understanding of what a sports betting exchange is. 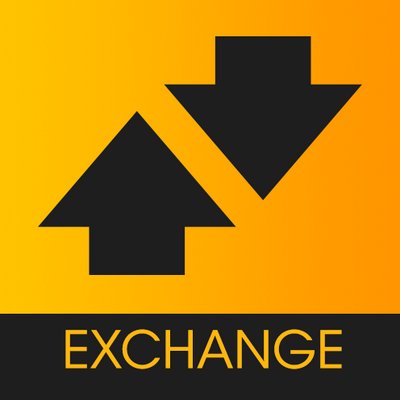 For anyone who isn’t sure, I’ll explain the two key differences.

In the most simplest form, a sports book is a place where bettors can place bets against a bookmaker. Traditionally, these are back bets.

A back bet is where you’re betting for something to happen. For example, you might place a bet on a horse to win a race. If that horse wins, the bookmaker pays you the winnings.

A betting exchange is very similar, but with two crucial differences.  Firstly, instead of placing a bet against a bookmaker – you offer your bet to the open market. In plain English, this means that anyone can accept your bet.

This could be other bettors, sports traders or even small on-course bookmakers who use the exchange to limit their risk.

The second and most notable difference, especially for people who are new to the exchange is the ability to place back and lay bets.

Aside from being able to place back bets, much like a sports book, we can also place lay bets (match other peoples back bets). Effectively this allows you to ‘play bookie’.

With a lay bet you are betting on something not to happen. For example if you lay a horse to win a race, your bet will win if the horse does not win the race. Should any other horse win, you’re paid by whoever matched your bet.

How Does Betfair Exchange Work?

Betfair Exchange acts in a similar way to a stock exchange. Betfair allow you to use their exchange in order to match bets with other users. They are responsible for ensuring those bets are fairly settled. This means that nobody needs to argue that a bet should have won when it lost or vice versa.

In a way Betfair act as a referee and a escrow service that will hold funds for as long as necessary.

Without a regulated exchange, there are little options available if you are looking to place a bet within the open market. This forces people to use a bookmaker, who traditionally give terrible odds.

In return for providing this service, Betfair charge a commission on all winning bets. This is usually 5%, however for more high volume bettors and successful traders, charges may vary.

Although commission may seem like an odd concept for anyone who is used to betting with a sports book, this is simply how Betfair Exchange manage to maintain their service. Their business relies on this commission, without it there would be no exchange. It’s not all bad though! On an exchange you nearly always get better odds…

Bookies on the other hand, offer terrible odds to ensure they profit no matter what.

Once you meet certain requirements such as having a highly profitable account, you may be faced with the dreaded premium charge. 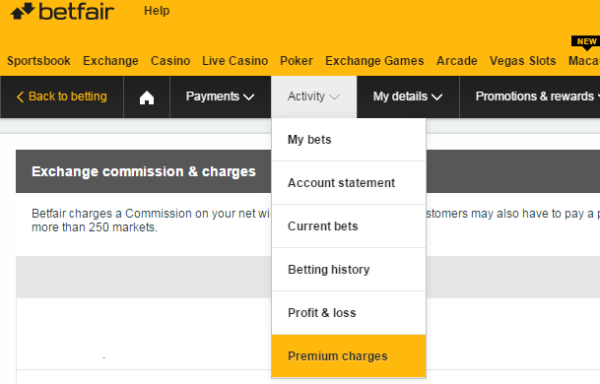 The basic level premium charge is 20%, minus any generated commission. Once you reach £250,000 net profit or above, you are subject to the upper levels of commission. This can be an extortionately high percentage. Over the years it has sparked much controversy.

You can read more about Betfair premium charge here.

Why is my bet not matched and what does that mean?

This is arguably the most common question newbies have when betting on an exchange.

Most people that traditionally bet on a sports book, are used to bets being matched and confirmed almost instantly!

That is of course, unless you are a profitable bettor…

Bets are confirmed quickly because the sports books will automatically accept bets. Their pricing has already considered the risk and factored in their margins for profit.

On an exchange however, your bet may take some time to be matched and confirmed. This is because somebody needs to match your bet at the other end – unless you’re taking the current price. Typically bets are matched quicker in busier, more popular markets. Unless you’re placing bets well above or below the market rate.

If you are betting on a Premier League game on a Saturday and you place a bet at the current market rate (or nearby), you will likely be matched instantaneously or within a few minutes.

At the opposite end of the scale, placing a bet on a third division team may prove a little more difficult. Naturally, there is less money in the market to match your bet (known as liquidity).

How does Betfair Exchange compare to other sports exchanges?

Whilst Betfair Exchange was the first major sports betting exchange to hit the market, it’s certainly not the only one.

In more recent years, other sports exchanges have opened up and some have made good progress in relatively little time.

Matchbook, Smarkets and Betdaq are likely the biggest competitors of Betfair Exchange at this moment in time and all have their advantages and disadvantages.

Arguably the main and obvious benefit of Betfair Exchange is the size of its user base and therefore the liquidity in the markets. This ultimately means that there is more money available to trade – and more to be made! (if you know what you’re doing).

The biggest complaint that most traders have with Betfair is the threat of extra charges. This acts almost like a tax on high-earning sports traders, which can take a large chunk of profits on a monthly basis.

The standard commission rate of five percent on winning bets is also much higher than their competitors. Smarkets for example, have a 2% commission rate. Although, their structure works slightly differently and isn’t best suited for certain types of trading. There’s also been much talk of the other exchanges trading their own markets.

If you watch a few of my YouTube videos, you’ll see me trading on a screen that looks quite different to the Betfair Exchange website.

That’s because I’m using a third party programme called Geeks Toy. This lets me trade on the Exchange in a way that would simply be impossible on the standard website.

Geeks Toy isn’t the only sports trading software available. In fact, there are all kinds of software around. The market place caters for all different trading styles, sports and operating systems. Gruss and Bet Trader are a couple of the more well known options out there.

But there’s a common denominator.

All of these pieces of software are able to operate because they have access to the Betfair Exchange API.

What is the API?

In a nutshell, it’s an interface that Betfair developed to let other services talk to it, in the case of Geeks Toy. The API allows users to place bets through the Geeks Toy software, instead of having to use the Betfair Exchange website…

Although other sports exchanges are now releasing their own API’s, they offer less functionality than Betfair Exchange and therefore, struggle to compete.

In summary, all you really need to know is that Betfair Exchange has more third party applications than any other sports betting exchange and more functionality available within them.

In September 2015, Betfair agreed on terms of a merger with the Irish bookmaker – Paddy Power.

Understandably, this caused a lot of confusion and some outrage in the trading community as it was yet another step that Betfair was taking to distance itself from sports trading. Many traders had been concerned with the lack of marketing of the exchange in recent years, compared to the sports book side of business.

Betfair had already put a lot of effort into its sports book which is something that the original founders never intended for the company to become. The merge with Paddy Power left many traders worrying for the future of Betfair Exchange, they wanted to see more effort put into the exchange side of business.

In reality, not much has changed. There have even been some fresh marketing campaigns to promote the exchange since the merger which is refreshing. As it stands, the merge with Paddy Power should be of little concern to sports traders.

Betfair Exchange is without a doubt the best exchange for sports trading at present. The size of the markets, and even the range of markets available make Betfair Exchange stand well above its competitors.

Crucially, the Betfair API has allowed hundreds of third party tools to integrate – making it harder to compete with. This also means there are all kinds of trading possibilities that are simply not available on other exchanges. Competitors are playing catch up, but the market share that Betfair Exchange holds makes life very hard.

But Betfair is not without its problems.

Whilst it is certainly the market leader, this doesn’t necessarily mean it is perfect. In fact, far from it.

Premium charge deters and discourages many that would have spent a lot of time trading the markets, the level of profit taken is simply too big. Occasionally the exchange service has dropped out in recent years too – something to think about if you’re going to take trading seriously.

All in all; it’s the biggest, most liquid and therefore the most usable exchange of all. Commission isn’t ideal, but Betfair don’t appear to be making money by playing against their customers. For this reason, it’s the first port of call for any would-be winner.

What do you think of Betfair’s Exchange?

Leave a comment below and let me know which exchange you use the most and why. More importantly, let us know what kind of updates you’d like to see on Betfair’s Exchange in the future!