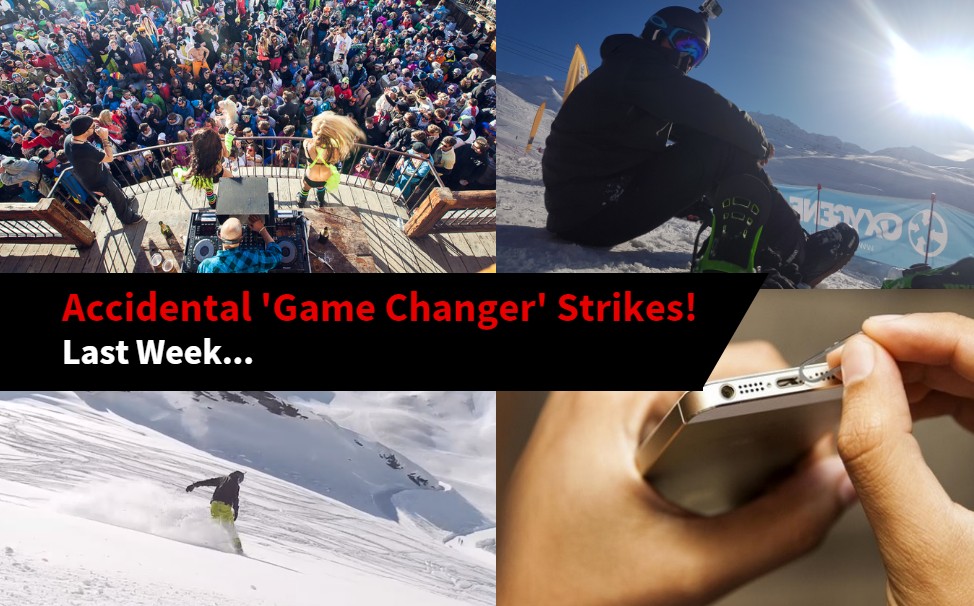 Just WOW! What an experience the last week has been…

A roller-coaster of up’s, down’s and learning. Possibly one of those big transitional points within life?

Only time will tell I guess.

So what happened? I’ll start from the beginning…

If you follow me on social media, particularly Twitter and Instagram. You will have noticed over the last week I’ve been away again. This time, I went to Val Thorens in the French Alps. It wasn’t the first time I’ve snowboarded inside the Three Valleys. However, it was the first time I’d stayed in Val Thorens.

All I can say is, what an experience!

Whilst I expected to have a nice time, I wasn’t prepared for the impact and change that this week’s holiday seems to have had upon me. A subtle reminder, perhaps, that it’s important to experience many different things in order to find the changes that we crave within life.

Of all the places that I’ve been snowboarding, Val Thorens has to be the best. There’s a huge range of slopes, loads of off-piste, and there’s always snow because of the altitude. No wonder it’s one of the most popular resorts in Europe, especially when you consider the nightlife. And of course, the La Folie Douce, somewhere that I’d visited before when staying in one of the other valleys.

The experience of the Folie Douce this time round was absolutely epic, mainly because we had more time inside Val Thorens. We spent more time at the Folie Douce, with the option of staying for the days closing party. I’m sure some GoPro footage will find its way onto YouTube soon, but for now, I shall just say, the drinking culture was awesome. Much like some of the Swedish women. The highlight being a couple of hundred people drunkenly crashing their way down the slopes at the end of the day. 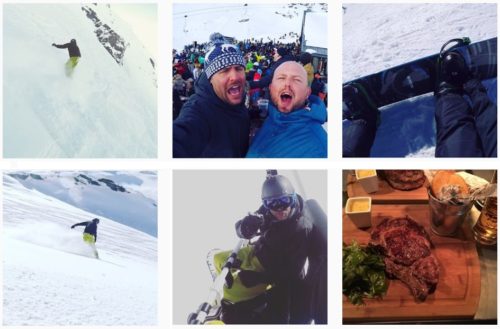 But this isn’t the main purpose of this post.

So whilst away in Val Thorens, up on the Alps, something happened. Much like many people in day-to-day life, I tend to find myself occupying my time on my phone. In fact, I think I probably don’t realise how much time I spend on it. Particularly with social media, WhatsApp, and various chat facilities.

However, whilst I was away, I had a small problem charging my phone. And so; like many times before, I put a prong into the charging socket of my iPhone to release some dirt – allowing the phone to charge properly. However, I made a bit of a fatal mistake when I scratched off the metal contacts inside the charging port… 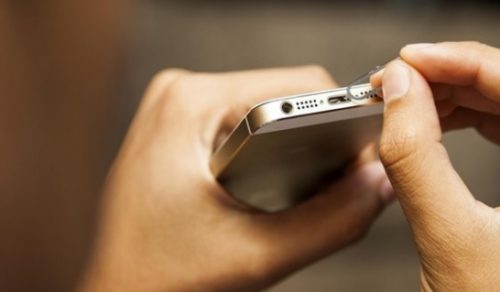 And so, being stuck 3,000 ft above sea level in a foreign country with no phone was a little bit of a different experience than usual.

Straight back to reality. I felt like my whole life had been cut off. Rather bizarre, when I think about it. Because my whole life, like many other people, has become centred around my phone. It literally included everything. Contact with other people, banking, emails, social media, and even search facilities such as Google, that I now take for granted.

There was a hugely positive upside in this though. It made me notice more of what was going on around me. And dare I say it, I actually enjoyed the holiday more. Not only that, but did it give me time to think about just how sad that it is, that my phone has become so central to my life. In many ways, I feel as though it slows me down and stops me from achieving other goals that I have set on the side.

After three or four days of this, I found myself sniggering at various different points. One of which had to be when the plane landed in the UK. Suddenly, everybody had signal again, and so everybody disappearing into their phone. So predictable.

To not be one of those people was made a lot easier as I didn’t have the choice. However, it was quite refreshing to have this realisation, that my phone has become a negative impact on my life. Especially when I consider my other goals and aspirations.

There was one other observation too, although it may be pure coincidence. Whilst sat at the various bars and cabins on the slopes, whilst drinking, I noticed some extremely wealthy groups of people. You know the type; the ones that kick back and order a £2,000 bottle of champagne, one after another, thinking nothing of it. That kind of wealth.

Maybe it was my severe lack of phone that sensitized me, but I happened to notice; there were no phones. Did they have them? Or is it they didn’t care for them? Coincidence?

So where does this leave me now? As you can probably tell, it’s been on my mind a lot.

So whilst driving into the office this morning, it left me thinking about this once more… I still haven’t had my phone repaired just yet.

As always, there’s a huge gap between knowing and doing. This, I’ve always thought, is one of the main problems for new traders, and people learning and trying to improve. Many people talk a good game and even ‘know’ the facts, but very few actually act upon them. It leaves me wondering, should I even get my phone repaired?

It’s a strange routine, on a logical level anyway. Every day of the week I get emails from people who are making progress, but then slip back. Nine times out of ten, the reason they slip back is because they didn’t do what they knew they should be doing. They knew. They knew how to do it (and what not to). They knew where the edge was. And they knew the best way to get the money from the market. However, they didn’t do it. Almost like going in-play with a pre-race trade when you didn’t plan it.

Is this a case of ‘learning in blood’? Much like going in-play.

Now I find myself in a similar predicament with my phone I feel. Do I really need to waste a bit more of my time before getting rid?

To be quite honest, I think what I ‘should’ be doing is obvious.

I’m keen to know, in the comments, what do you think? Do you think I should get my phone repaired?