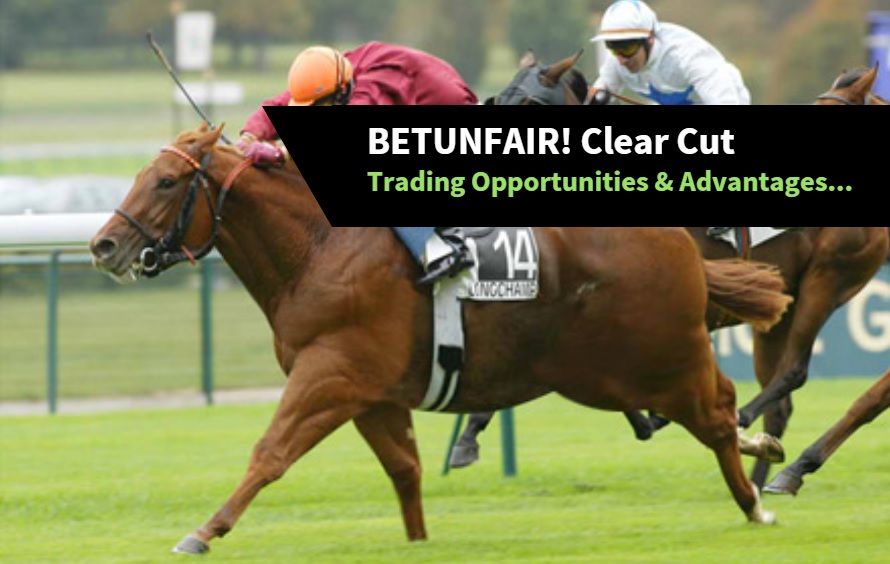 Finding an unfair advantage, clear cut trading if you like.

I thought this was extremely obvious, but after a message earlier in the week, maybe it’s not.

Let’s cover this in further depth, while skimming over four different situations. Fair isn’t fun if you’re looking to win. Let’s get straight to the point.

Why would you risk your own financial capital any more than you have to whilst trying to obtain a profit?

Point blank, you shouldn’t. Although it seems some people don’t look at trading or betting like this. They want to compete on an even playing field and then win.

I’ve thought about it and I don’t really understand the angle of this. I guess it comes down to being right, more than it does making a profit. The easiest way to make money from betting or trading is by obtaining an unfair advantage.

If you take a second to think about book makers, this is exactly what they do. They take the probable outcome of something happening, and then offer you a price worse than it actually happening. It’s the only real way to win. Of course, it’s not necessarily nice, but it’s just how life is, no matter what you’re doing, whether it’s sports trading on the exchanges, or anything else.

To put this into context, let’s take a look at some different situations…

So, when you’re trading a horse race, prior to the start, just like any other situation, you should be looking for an unfair advantage. This is what provides an edge.

The more indicators there are in favour of supporting your edge and approach, the greater the advantage can be. So, for example; if you suspect the favourite horse is going to drift within a betting market, that’s great. But it would be even better if you suspected the favourite was going to drift whilst you saw that the second and third favourites were being backed heavily. A 2 v’s 1 situation, an unfair fight – because all odds are reflective of others within the market. It’s just logical.

Often, young traders expect a flat answer. In terms of which horse they should trade within the market, but it just doesn’t work that way. It’s a case of where is the unfair advantage? Where is the most opportunity? You can’t just say I’m going to trade the favourite every single time.

Now, obviously, the favourite has the biggest influence over any horse race (in terms of book %). It will also have the most liquidity, which could be an opportunity in itself. However, just because there’s the most liquidity on one particular runner doesn’t mean it hold the most opportunity. Nor, does it mean that it’s where you’re going to find the best edge! Knowledge is paramount.

Following on from the previous point, backing to lay at the start of a race is no different. You don’t want to be selecting a back to lay trade within a race where there is several horses competing to take the lead. Sure, in most cases, there’s bound to be more than one horse that would like to lead the race. However, the biggest and best opportunities often come when you find an opportunity where your selection has got very little to no competition at all. A little like this…

This presents a problem though, in the sense that you’re not going to be able to find many back to lays every single day. But as video course users will know; I often recommend quality over quantity. By exposing yourself to excessive risk, it’s just likely to bring more stress. As they say in the gambling world, “keep the powder dry”.

At least a missed opportunity isn’t a losing one!

Again, a relative example for football trading would be the lay the draw strategy. Surely, you wouldn’t want to pick a match where only one team is capable of scoring?

You want to pick matches where you expect either team could win, seeing the whole objective is to profit from a goal. Similarly, if you’re laying or backing the unders or overs market, you’re gonna need to do your homework first. Find a team that, statistically, has a way above average chance of scoring.

And, if not willing to do this, why the hell are you doing it?

When you think about it, historically, the best advantages and edges come from the most unfair situations. Just think about court-side bettors!

Surely, the most clear cut opportunity would be to bet on something after it’s already happened, which if you’ve read this article is exactly what courtside bettors do. But, court-siding is not your only option either. There are huge compression points within tennis matches, regularly. Exploiting these, at the most vulnerable times can be rewarding financially. Just like reading the momentum in human psyche. Humans are behind ever betting market after all.

Regardless of how you look at it, none of these betting opportunities are on what you might describe as an even situation. The bottom line: if you want to to make money, bet-unfair.