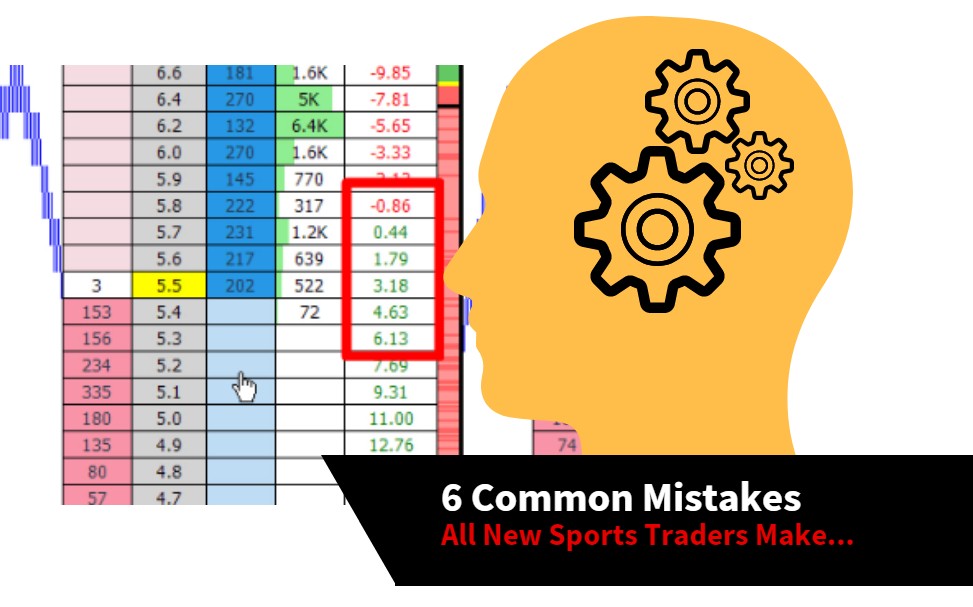 All sports traders make mistakes. It’d be unreasonable to expect anything different.

But what if you was already fully aware of the potential dangers before you started? Wouldn’t learning be more efficient?

In this post, we will cover six of the most common sports trader’s mistakes – in the hope that it will help you avoid losses whilst learning the ropes.

If you’re not at this stage yet, you can learn about sports trading and how it works here.

It’s an easy mistake to make, particularly with your inspiring traders enthusiasm. The inclination for learners to trade just about anything on offer whilst learning is high, however it’s not always beneficial. You have to remember, we’re seeking value and there’s not always going to be value in every situation. So you shouldn’t necessarily trade every single market and if you do, you’re going to need to adapt your style depending on that specific situation. Something that’s very hard to do when you’re just starting out. This can also be made even harder when you consider functions like one click betting which are available within all the trading software’s. There’s literally no resistance to over-trading.

Before you start, make sure you’re not just trading for the hell of it. Part of winning is eradicating those maybe trades, the ones were you had an urge but not necessarily any kind of advantage over the market.

Before you turn your machine on, let alone click a mouse, it’s wise to deal with any existing or outside pressures you have within your immediate environment. Failing to do so is going to impact on your own behaviour, which is a slippery slope leading to pour trading decisions. No amount of fancy gadgets is going to save you, without a clear mindset you’re going to fail. Pressuring yourself to produce green results early on is counterproductive, however it is natural. You don’t have to look far to realise that just about everybody has done it at one time or another. Occasionally, pro Betfair traders fall foul of this too, it can’t be helped, you’re only human after all. However, being aware and setting yourself up in the right situation is ideal.

A few quick tips to this point would be;

Before I had a proper office, I dedicated a spare room to trade from at home… 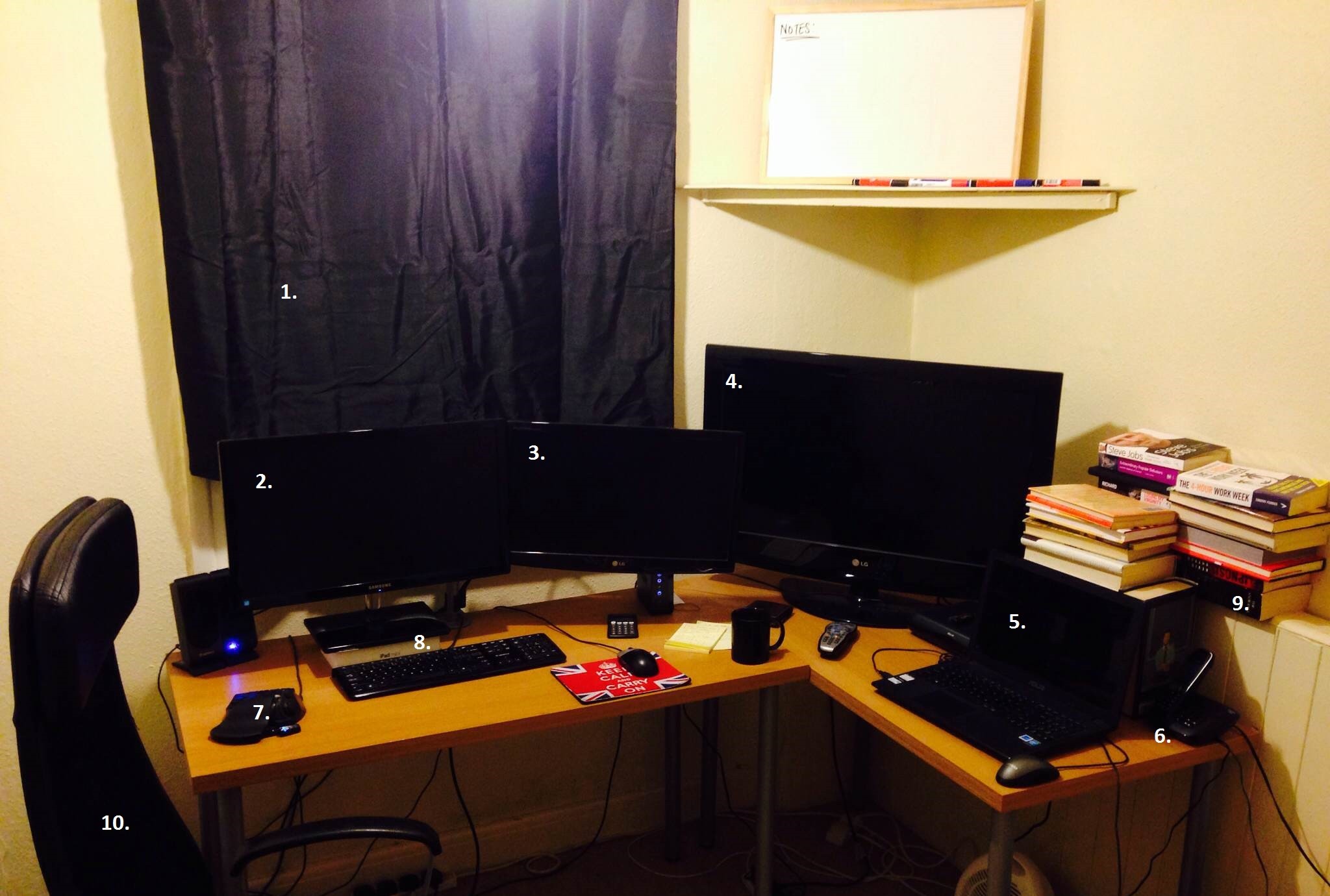 Almost the opposite to over-trading. Sometimes referred to as decision paralysis, you know that rabbit in the headlights type feeling where you over think a situation until the opportunity has gone.

Sports traders on the betting exchanges need to be extremely responsive. Things can change really fast and of course there’s only a limited amount of time to any one market until it’s completely over forever, unlike financial trading. Some of the slightly more experienced amongst you will be aware of the fear of missing out, a separate problem in itself. In most cases, the best call is to do nothing if you’re not sure. The trouble being, you’re not going to get very far if you do this all the time.

Whilst in the Army we used to have this saying called the seven P’s. It went something like this;

As crude as that may sound, trading is no different. You need to plan ahead. I mean, if you have no plan or any kind of results, then how do you know how well you’re really doing?

If you don’t, trading becomes an endless task. Trading Guide readers will know that I suggest taking the checklist approach. This just ensures that you haven’t missed out any vital indicators. Also it’s a good way to focus yourself and maintain discipline. The key is to keep it short so you don’t become bored or deviate from the plan. Also at some point or another, you’re going to want to start doing this from memory.

The rule of holes, when you’re in one stop digging.

Those of you from a gambling background will be fully aware of chasing losses. It’s not advisable from any angle. I’m sure we’ve all done it at some point or another, myself included. It usually happens after you’ve just made some silly little mistake, something that you could have forgotten about and then got on with your day.

Point being; You need to learn to lose, it’s part of trading. You’re not going to win on every single trade and so you need to accept that in your own mindset and emotionally. If you can’t do that, you’re going to end up chasing your own tail, and unfortunately probability doesn’t favour that. You will lose a lot of money, even if you got away with it the first time. It’s a point-blank, do not do it. The same applies to going in play if you’re only planning to trade pre-race.

The finial point is staking, funny enough it’s something that often gets tied up with the previous point, chasing losses.

The easiest way to overcome this problem in the early stages is to have some kind of structured staking, something that’s quite proportionate to your trading bank. Obviously not all situations are created equal and therefore it makes sense to stake larger when your advantage is larger. However, whilst learning it’s a fair idea to keep level stakes or thereabouts.

Warning: As you progress confidence will creep in, which is a good thing, but don’t let it creep in and be misplaced. Overconfidence leads to over-staking, which leads to bigger mistakes and then of course, no confidence at all. We don’t want to go there. It’s the kind of thing that shatters your overall outlook, sending you on a slippery slope. Much like the last point, the solution is simple. Realise this problem, notice it in yourself whilst trading, and just except that losing and winning is part of the game.

A single loss is not a reflection on the next situation, unless you let it influence your behaviour. Remain defensive and do the right things and the market will eventually reward you.