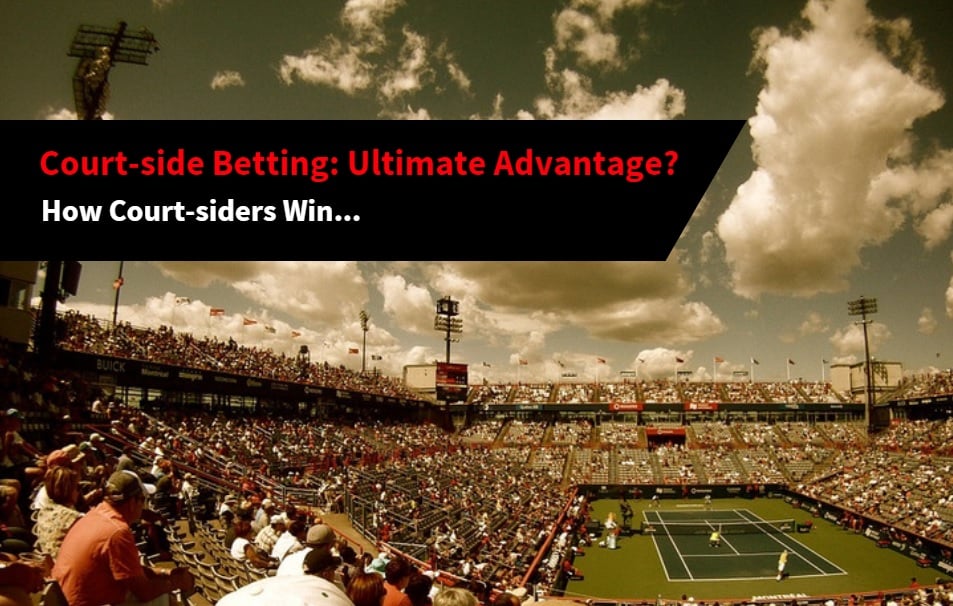 Is track and court side betting the fastest way to make money? Quite possibly.

But is it really fair on those who aren’t aware?

And finally, take a sneak peek at some of the things court side betters are using to get an advantage…

Looking for Trading Strategies? Sign Up Here for a FREE Lesson Now!

What is Court-Side Betting?

As the name suggests, court side betting is where an individual or team of people, attend sporting event for the purposes of betting ahead of the televised delay.

Naturally, this gives them a huge advantage. Essentially, in most cases, court-siders are just hoovering up all the money left, after an event has happened.

For example; if Federer is playing Murray, and Murray wins a point, the court-siders will bet against the money that was willing to back Federer (before the point happened). Similarly, in horse racing, court-side betters will bet on a horse to lose that has already fallen. Popular in jumps racing, all before the TV coverage catches up. Another example might see court-side bettors backing a horse to win inside the final furlong. Meanwhile, everyone at home is viewing the race two furlongs out.

It’s not hard to see this is an extremely lucrative advantage. However, I don’t expect it comes without its own problems. Such as, travelling, time away from family, expenses for hotels and entry fees. None of which is refunded if you get caught doing it. Not to mention, the problems you may face with authorities or getting thrown out of different venues or tracks.

Wouldn’t you like to watch some world-class athletes thrash it out, whilst making a fortune?

The two main reasons given for this are that it isn’t fair on those who are betting at home, and that it’s just not ethically right, undermining various sports in the process. In fact, in Australia, you could be slapped with a prison sentence of up to ten years, according to the Integrity in Sports Act. In the UK, though, you’re probably safe. The UK Gambling Commission confirm that court-siding is not considered to be an illegal offence.

Ironically, the people that are affected most by this, are not necessarily the ones making the most noise.

The tracks and venues, as well as bookmakers, tend to be the ones most upset about court side betting. Understandably, they have a business to protect. Although I can’t help but feel their views are born out of a vested interest, which, in my opinion, isn’t any more ethical than those who do court-side. The racetracks and channels, in particular, don’t like this for similar reasons to the book makers. Purely because they want everybody to use their services and pay for their coverage, money talks. I remember being at an event once where a track representative told me they were pushing hard to ban all exchange activity at their track. The bookmakers are no different.

Within tennis, the reasoning appears to be a little bit more genuine…

The first thing to say is; of course it’s not. But that’s life isn’t it?

Those at the court-side have a formidable edge over the rest of the betting market. However, everybody has a choice to participate.

Court-Siding isn’t particularly secret, especially if you’ve seen the news over the last few years. The only argument I can see for it being unfair, is for those who are at home betting, and are completely unaware that court-siders exist. Of course, that could be countered by saying; “Only fools bet on things they don’t know enough about”. In which circumstances, you can only expect to have your money taken from you. As the saying goes, “A fool and his money is soon parted”.

All things considered, when you look at court-siding and what is required to be a successful court-sider, those who successfully do it probably deserve the money. To me, those who complain about it are generally just bitter it’s not them. After all, somebody has to be first to market. That person will always have an advantage.

Court siding’s become particularly competitive over the years, as you may expect.

With the huge values of money on offer, everybody wants to be first. Even court-side you’ll find there’s big competition to get bets into the market first. Up to 75 court-siders per match at some of the bigger tournaments. Can you imagine that?! 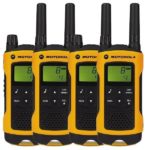 Over the years, I’ve met a few different court-siders. Some of the stories are just wild…

One particular chap told me how he hunkered up on the final bend of a well-known track, disguised amongst tarpaulin and disused equipment. All so he could communicate via radio, with several others the next day as the horses come romping home. Working amongst a team of 4 on course, they would all ‘call it’ one after the other. Bets being placed by a 5th user as they did so.

Tennis court-siding sounds a little more complex. Probably because of the continued efforts to remain unseen amongst the general public. Adapting radios and computer game controllers, sometimes concealed amongst the lining of clothing. It’s big business.

However they do it, you have to credit these guys – they need to know what the ‘true’ price would be anyway. Often running mathematical market models, not the easiest of tasks…

18 thoughts on “Court-side Betting: Ultimate Advantage? How They Win…”