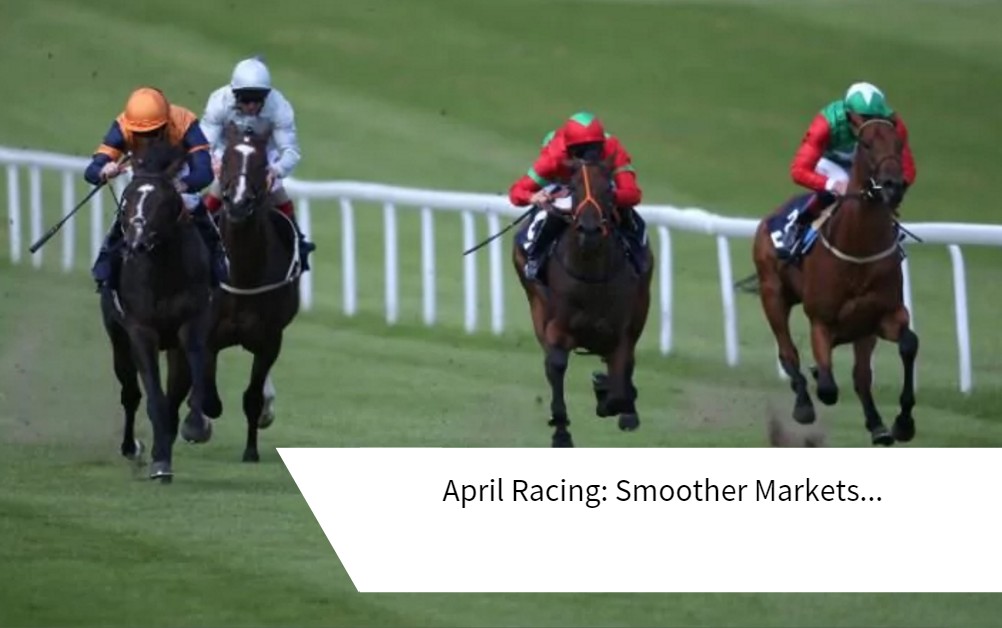 It’s been a hectic week! With the flat back and evening racing too, opportunity is on the increase.

Earlier in the week there was a couple of big gambles. One of which, the market saw a 50% increase in volume on one runner within minutes…

It’s common for this time of year though really – even if it’s not every race.

Whats the big deal? Why are the markets so different all of a sudden?

With change comes opportunity. And so with the change in seasons you’ll be seeing a lot more horses running that have either been on a break, or are appearing for the first time. This brings more unknown factors to the market, which inevitably leads to more gambles. It’s just common sense when you think about it.

Also the flat racing tends to bring more volume with it. I’ve always preferred the flat in the final few minutes to jumps racing, Racing UK tends to cover most of the tracks making coverage that bit better. The added build up has an impact on the betting markets too.

Different characteristics inevitably means the markets change, and tweaking your trading approach too isn’t a bad idea… some small opportunities fall off a cliff edge too unfortunately.

Added betting volumes and interest from the average punter brings a that steady trickle of matched bets entering the market, leading to smoother ‘action’ of price. Volatility still exists although it’s not quite so violent in the final few minutes. Personally, I’m a fan. There’s nothing worse than chasing some of your profit away through not getting matched fully… or even worse creating a loss.

Smoother market movements give a little extra time to scratch or close out a trade, particularly when scalping.

Be careful though. With all the extra races being run, you’ll find there are delays and over-laps at times – leading to anything but smooth price action.

Aside from the racing there’s been some thrills and spills at Monte Carlo this week with Goffin beating Djokovic. I’ve not had a lot of time for it with everything else going on but Fridays clashes seemed to be about as erratic as you could get. Goffin faces a bit of a stiff task against Nadal… I’ll skip it for the afternoon card though.