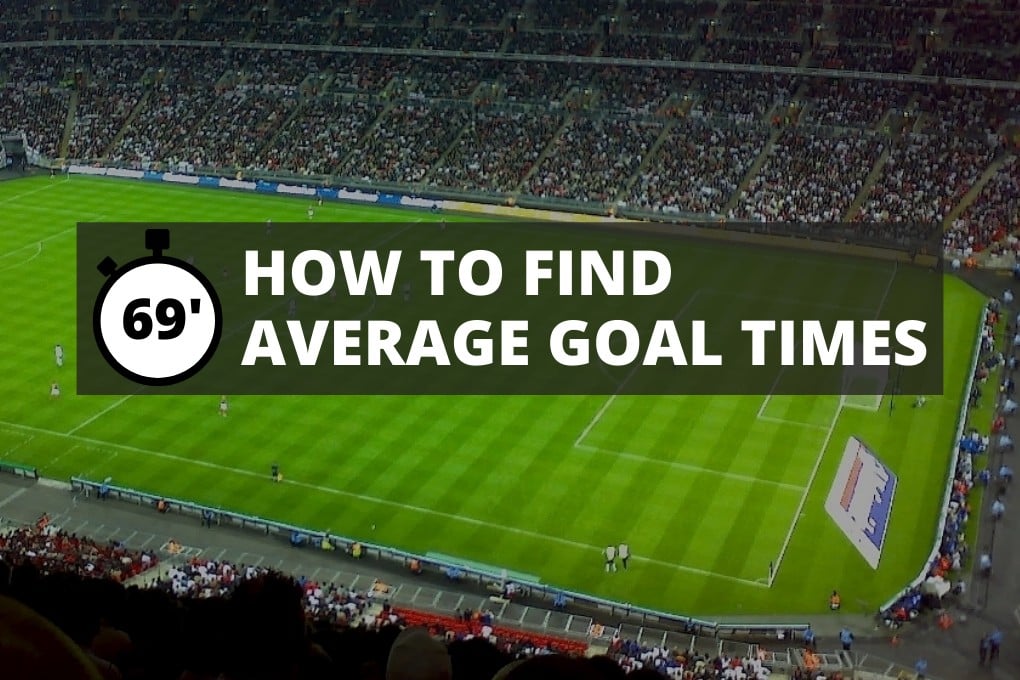 Average goal time is undoubtedly the most important statistic for in-play football trading and betting.

Unlike other metrics like individual goal times and average goals per game, it gives us a clear indication of when a team is likely to turn on the offensive pressure. Better still, you can find these averages for home or away performances on a team-by-team basis.

Infogol is the only place I’ve seen such detail on this statistic so-far. So in this article, I’m going to show you how you can pin-point teams average goal time with precision.

To find the average goal time of a specific football team, navigate the following steps:

Select either “Competitions” or “Teams” from the main header bar, as highlighted below.

Choose a relevant league the team will be playing in. In the example below, we have selected the English Premier League.

Select the individual team you wish to see the average goal time for. Below, we have chosen Everton.

Scroll to the bottom on under the heading “Average time of…” 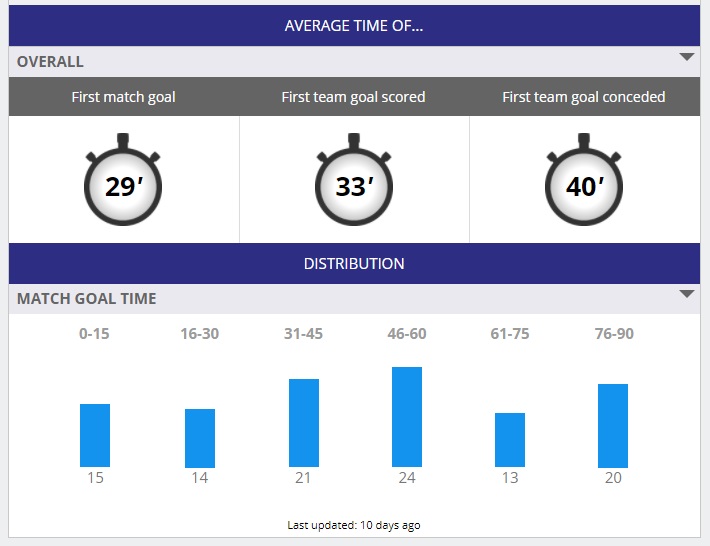 This process will show you the average goal time of any football team listed, for multiple leagues including the Premier League (PL), Championship, League’s One and Two, La Liga, Serie A, Bundesliga and many more…

Just repeat the process for any team, within any league and season.

You can drill down a bit further to, just use the drop-down arrows to see Home/Away and Overall. 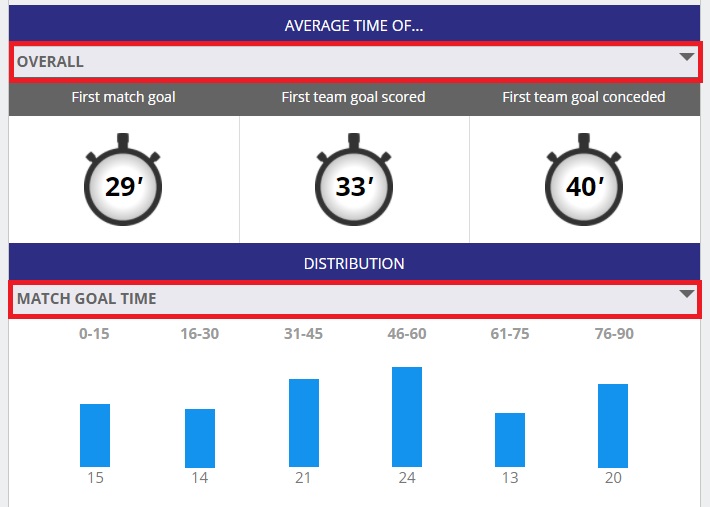 Goal time distribution is broken down into 6 segments, 15 minutes per-segment. This is useful when you consider early-season data. It could be that, a large portion of goals have been scored in one’s segment distorting the overall average goal time.

You can sort distribution between the team’s goal time scored or conceded, just tap the dropdown arrow highlighted in the image above.

For more football trading help, check out one of our newer YouTube playlists on the link below.