So it’s that time of year already! The sun is starting to come out on a regular basis here and I can tell already, it’s going to be a bit of a battle this year. With sun like this im always torn between an afternoons racing and a bit of beer garden action.

In recent years I’ve let it get the better of me and indulged in catching some rays while sipping on an icy cold cider. I don’t know who im kidding as this year will probably be the same… I do wonder on how much money I’ve turned down in the process, but ya gotta live right?

This afternoon was a decent cards racing, seeing all the racegoers chilling in the sun left me feeling a bit envious but hey. It wasn’t all that long ago I was working far harder for far less. Still, with the flat activity increasing its likely to be another lucrative year. Although Betfair’s usual service levels are somewhat shakier than previous years gone by… I really don’t understand how they still can’t fix the API, but anyway I’ve given up moaning about that as it doesn’t seem to do any good. Just have to make hay while the sun shines for now…. or drink beer in the beer garden haha.

Today I popped up a couple of potential front-runners which ended up being a bit frustrating. The first selection walked into the start of the race like it was going to lead quite easily but was soon taken on by another in blinkers (not surprising really). Resulting in a small red, the second looked more preferable to me anyway but again after just touching the lead it was taken on by several also. Luckily I’d caught a decent swing on it pre-race (some of it below, it did go lower) and escaped with a fairly decent result. 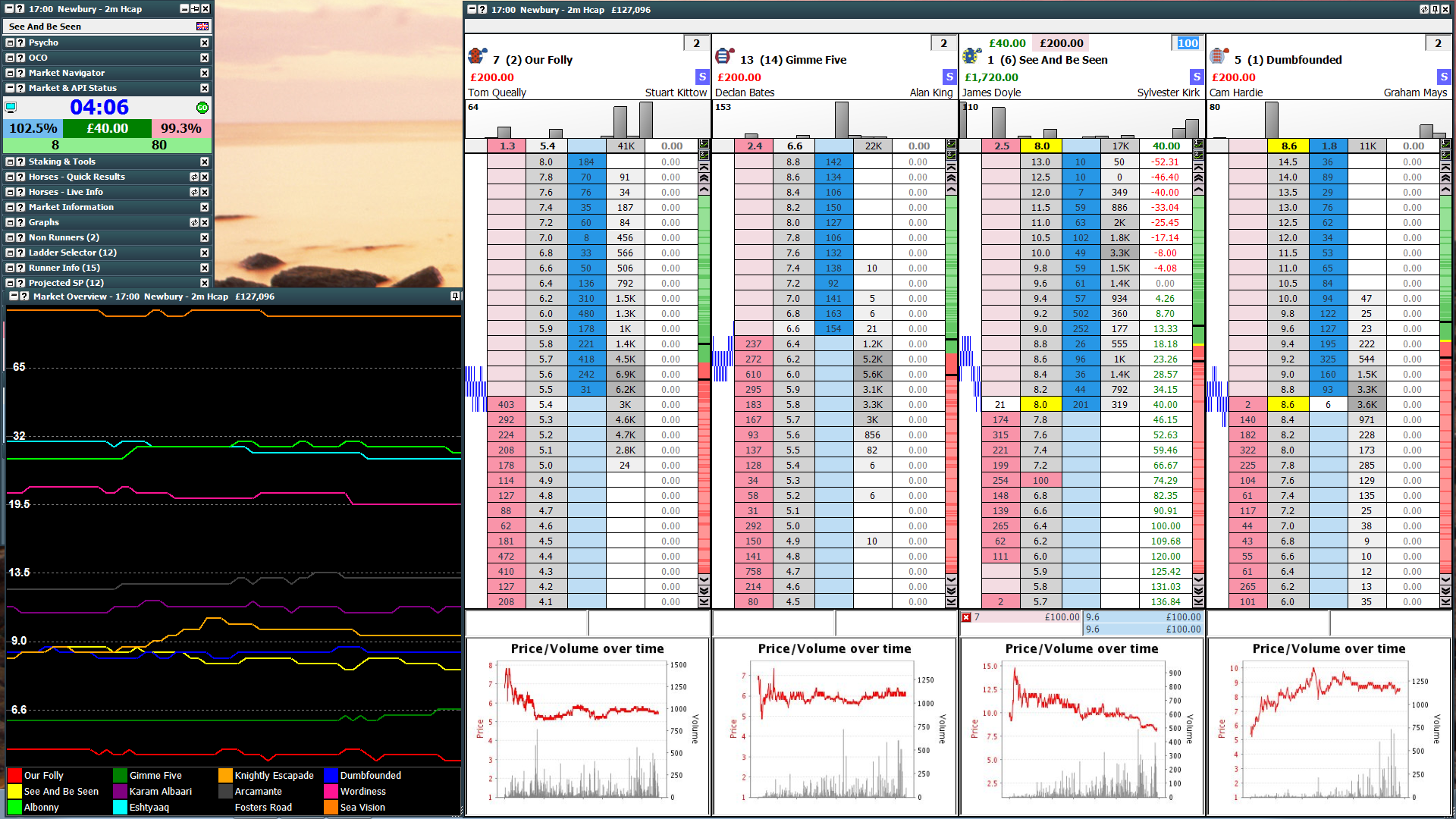 All in all, not a bad day. As the season picks up, with all the races on offer it will soon become easier to have a few selections each day. This week if you’ve been following there have been some real cracking back-to-lay results. Early on in the week two of which traded at well shorter than half their starting price.

You may have also noticed my visual profile’s changed a bit… Having had a few PC issues (SSD Memory related) last week I ended up loosing a lot of data. Quite frustrating really as I still hadn’t gone over it all but still. Tomorrow’s card looks a cracker, lets hope the API doesn’t lock up again.

One thought on “Beer garden weather….”