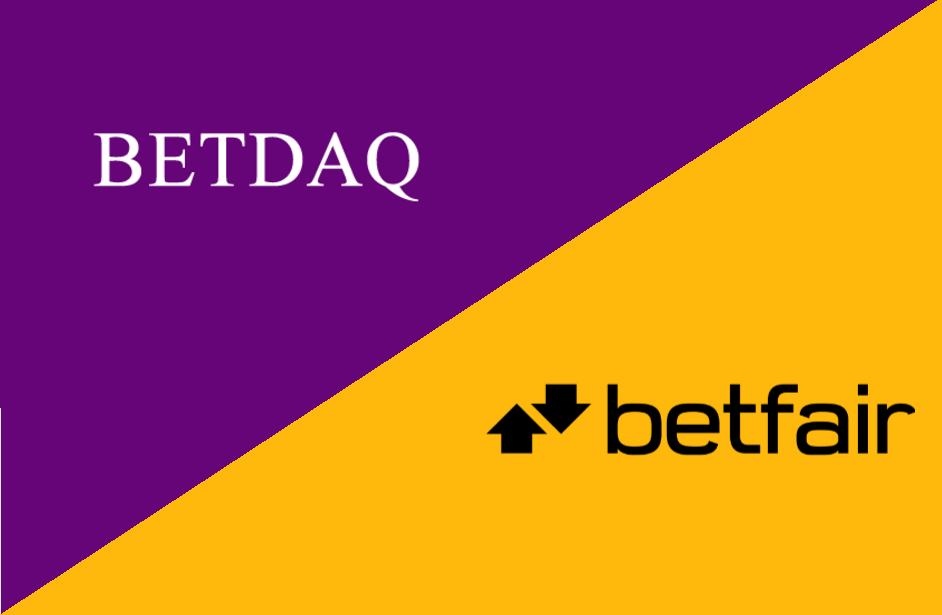 Depending on your situation the answer’s likely to be different.

But reading terms and conditions sucks, plus things become even more confusing when it comes to additional charges like Betfairs premium charge.

This post will help you understand the pros, cons and what’s best for you in the future. We’ll look at things like:

Getting a large bet matched at the right price.

This means liquidity and money available to be bet if important. The more money, the more opportunity.

Betfair remain top dog although liquidity has certainly improved on Betdaq since I first started trading. The bigger meetings bring the most opportunity as you might expect, although Betdaq liquidity has increased in general.

Here’s a quick clip recorded last week. It’s not a lot but you can see there is genuine liquidity in places on Betdaq’s exchange.

Hopefully Betdaq liquidity will continue to grow over the next year or so. The lack of heavy-duty charges makes it more than appealing to all.

As always though, and Betfair know it; it’s a chicken or the egg situation. Traders need punters and punters need traders – who’s first?

Betdaq and Betfair commissions operate in a similar manner. Winning bets are subject to a small commission charge, but prices are often far better than a bookmaker.

There’s only really two main differences in the Betdaq commission structure when compared to Betfair.

Until recently Betdaq were offering as little as 2% on bets offered within the market, which is helpful if you’re turning over any kind of volume. They’re still giving up to £150 back each Wednesday to customers that use trading tools as well (providing you opted in).

On the other hand, Betfair offer nothing to loyal customers and do quite the opposite on a Wednesday.

Betdaq premium charge doesn’t exist, although a handful of customers are rumoured to be paying 10% in commission. To me that sounds fairly reasonable.

Meanwhile, Betfair premium charge is taken from winning customers every Wednesday, starting at 20% and going up to a whopping 60%!

As Betfair dominate the online exchange market they can get away with it. For now at least anyway.

to see how Betfairs premium charge is calculated, see this blog post

Betdaq v Betfair: Is it Possible to Bet In-Play on Betdaq?

Making money on Betfair betting in-play is no joke.

In the earlier days some individuals hit the jackpot in the Betfair gold-rush with in-play betting. I’ve no doubt that some still do!

But is it possible to bet on Betdaq in-play too?

The difference in charges between the two exchanges make betting in-play on Betdaq more appealing (it’s a riskier business than pre-race). Although it’s that same old problem, Betdaq’s liquidity.

Betdaq seems to be making a bit of an effort with its sister site Betdaq tips to improve user knowledge which is refreshing. Betting in-play on Betdaq is certainly an option although I would suggest requires more discipline than usual. Larger meetings like Cheltenham and Ascot probably offer the best chance of success.

In-play betting remains much the same on Betfair with no real signs of change. Hopefully their recent exchange marketing campaigns will bring in some new money, in my opinion it’s a smart move. The younger generations coming through seem to be more interested in decimal odds, exchanges and data services like timeform.

As the saying goes; “there’s always more than one way to skin a cat”.

Both exchanges are of use. Depending on what you’re doing a decision needs to be made as to where you focus your attention.

The biggest concern with Betfair is always the premium charge, and Betdaq is the easiest way to avoid it. But Betdaq has its own problems too, like liquidity.

Betdaq horse racing markets appear to be gradually growing which is promising as a horse racing trader, 2017 is likely to be interesting in the pre-race markets.

There will always be opportunity to bet and trade in-play both on and off course. Even if the courses do try to stop it. But with the difference in delays there’s a real incentive for the in-play traders when it comes to larger meetings as liquidity is naturally higher.

The more liquidity Betdaq can raise the better. It’ll always remain the same when comparing any exchange but, the more volume matched the more interesting an exchange becomes. Particularly when it’s commission structure or additional charges are lower. Common sense, right?

Other exchanges don’t really come into the debate right now as far as I see. Matchbook could be an interesting one to watch for the future though…