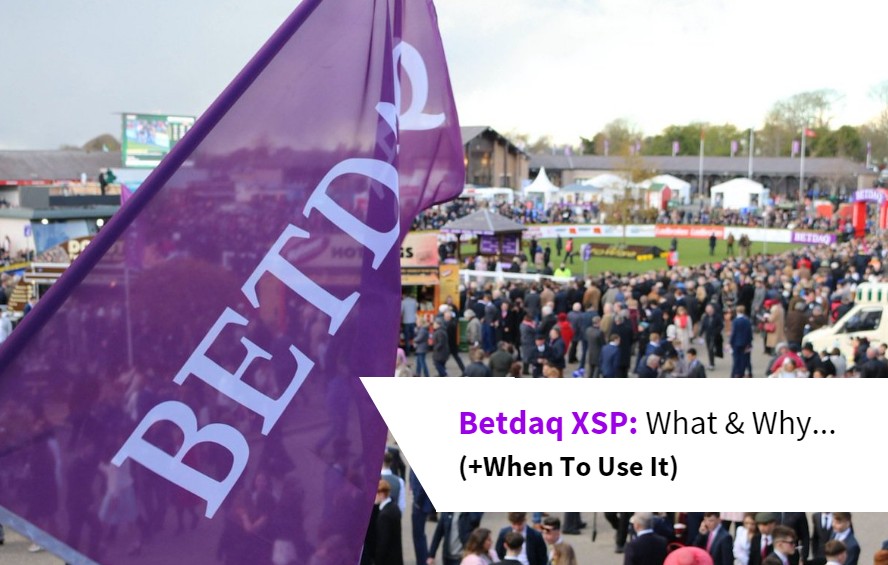 Not so long ago Betdaq XSP was introduced to their exchange markets. To many, it probably wasn’t a big deal…

On the other hand I know a few traders were keen for it. But why?

I’ll breeze over why that may have been, along with some explanation as to what Betdaq XSP is and how it works!

What is Betdaq XSP?

Not so long ago, the purple side introduced ‘Betdaq XSP’. A mechanism designed to allow punters and or traders, leave unmatched bets in the market, prior to the start, with the persistence to be matched at the start of the event.

Much like the SP function on other exchanges. The only real difference being, they’ve called is Betdaq XSP.

One can only presume that the X is implying your bet. I’ve noticed a few comments online and I think the phrase XSP may have confused a few people, basically, XSP just means ‘take the starting price’. 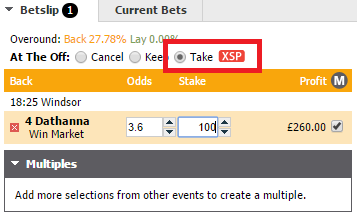 Unfortunately, not all the software vendors have incorporated XSP to their tools yet. Although I’m sure it won’t be long. In the meantime, if you’re trading Betdaq it’s probably best to have a browser window open somewhere should you want to set your existing bets persistence to include the XSP.

So How Does Betdaq XSP Work?

The XSP is calculated by offsetting existing exchange and XSP bets, as the event goes in-play. This means you can’t actually know for sure what the Betdaq XSP price will be ahead of time. Of course, you could assume in certain instances that it may be one side or the other of the existing price, but it’d only take one large XSP bet to skew the odds.

There are several times Betdaq’s XSP is of use though…

When Would You Use Betdaq XSP?

Firstly, for the punters it’s useful. It’s common knowledge that you often get a better price on the exchange. But to the recreational punter, the worry would be not getting matched. That’s that one solved.

But as a trader, it brings a couple of other interests:

Know that feeling when you’re trading a race but watching them go into the stalls, without your exit fully matched?

Betdaq XSP is the ideal safety-net in this instance. Probably the main use for many. That kind of situation can be pretty frustrating at times, particularly when you’re already half-matched.

A lop-sided market in the final minutes. Rarer of course, but occasionally you’ll see large volumes of back money come for a horse in the final minutes. If this is the case and its sustained support. For a smaller stake, there’s usually the ability to scrape out an extra tick or two. The weight of money is stacked in your favour, and so the downside is limited. However, in some cases, you’ll find the XSP dropping a fair bit lower as other liabilities are closed out. It’s only advisable to take this risk on a smaller stake and in those more extreme instances though.

On the whole, Betdaq XSP being introduced can’t be a bad thing to my mind. It just gives us a few more options.