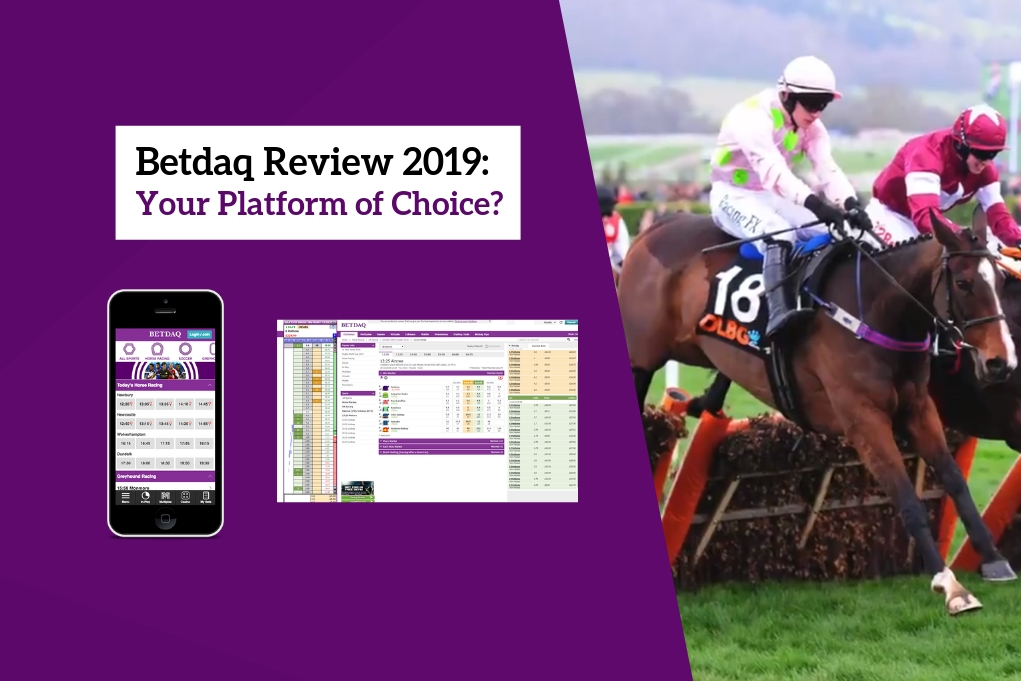 Will Betdaq ever compete with the bigger exchanges? It may not seem likely, but they’re certainly trying..

Last year Betdaq upped their game. It hasn’t stopped either as they stride into this year with some strong branding and new service upgrades.

What is Betdaq Exchange?

Betdaq is an exchange platform for sports traders and bettors. Founded in 2000 by Irish businessman Dermot Desmond, Betdaq was one of the early movers on the exchange betting scene.

Since then it was acquired by Ladbrokes in February 2013 and now forms part of the GVC Group who owns Ladbrokes Coral, Bwin, Sportingbet and many other smaller brands in the industry.

One of the main powerhouses in the betting industry these days, GVC has allowed Betdaq to go to a flat rate 2% commission on all exchange bets.

We will discuss liquidity later, the main gripe bettors have with Betdaq is the level of liquidity. It appears there’s been developments in this area recently though with in-running liquidity exceeding both Matchbook and SMarkets.

In 2018 Betdaq took the decision to offer 2% commission on all exchange bets, thus far it seems to help liquidity. In the past Betdaq have offered free credits, but making a long-term commitment to a flat rate of 2% is wise. It makes their exchange quite competitive for big events…

It many not seem like a huge difference, but over the course of the year it really adds up. Particularly if you’re placing lots of bets.

For bigger events like the Cheltenham festival this is useful as you have the added liquidity to trade or bet against, but at a lower rate of commission. Unfortunately, I can’t say it’s an ideal alternative for the horse racing Sunday-Friday just yet.

Do Betdaq Have Premium Charge? 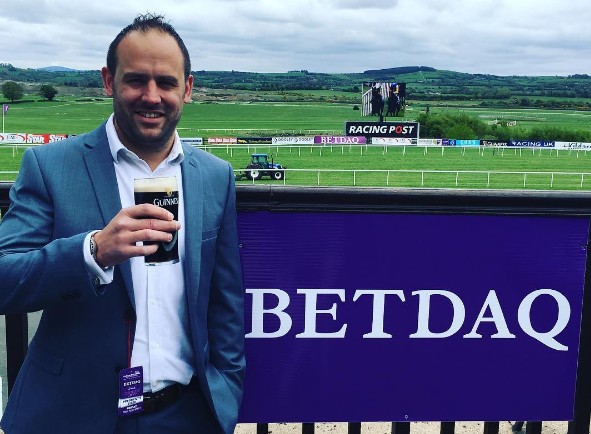 If you’re unsure about what Premium Charge is, read this explanation here. As I write Betdaq do not have a public Premium Charge for winning customers. However there’s a good chance there is alternative rates for some winning punters; possibly court-siders and people who run bots through their site.

Generally speaking though – winners are welcome…

So the 2% commission gives you a little extra value for your money; but can you trust the Betdaq platform during peak strain?

In my opinion, you can. The stats say that Betdaq’s platform is more reliable than Betfair, Matchbook and SMarkets. Sure, outages will happen from time to time. However Betdaq recently went over 500 days without an unplanned outage.

There’s a good chance this is because they have a lot less traffic than Betfair, but it’s impressive nonetheless. Betdaq say that they process 18 billion orders annually, so with all the extra’s that they have on their platform, going over 500 days without an outage has to be praised. All traders need stability and Betdaq delivers.

Ok racing traders can trust the Betdaq platform, but can they get their business done? 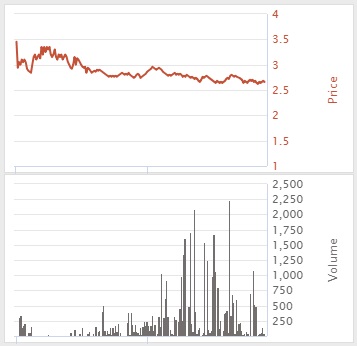 The short answer is that it depends on your style of trading. Betdaq still has a long way to go to catch up with Betfair, but it is improving. Morning liquidity is still unsatisfactory but if you’re the type of trader that trades within five minutes of the off it would suit you better, especially on Saturday’s and on the big ITV Racing cards.

Liquidity in-running on Betdaq would still have to be classed as ‘poor’ when compared to Betfair. However, as already stated – it is much better than Matchbook and SMarkets.

For Football traders, it appears that Betdaq has improved a lot both in pre-off and in-running. For popular events there’s nothing stopping you for getting your bets on at a fair price.

Outside of racing and football, Betdaq struggle a little. Those two sports are undoubtedly their ‘big two’ and that’s where they put most of their focus. With a football free summer coming up it will be very interesting to see if Betdaq target the Cricket World Cup. Especially when you consider  Cricket is now Betfair’s number one sport – and that’s from Betfair themselves at my trading event in February.

Betdaq say they matched £65.3 million at Royal Ascot and £51.1 million over Glorious Goodwood and the Galway races. They have invested in sponsoring some big races like the Punchestown Champion Hurdle. They’ve also teamed up with Gavin Cromwell and Harry Whittington in a bid to attract more racing fans. On the football front they now sponsor Sunderland and Charlton so there’s lots of cash being spent. But will these brand pushes work?

Only time will tell…

What Are Betdaq’s Current Offers?

A flat rate of 2% commission is a nice touch for us traders, but will it attract new customers?

The short answer is no – because most exchange newbies don’t even understand how the commission works.

At the moment Betdaq have two offers and they are pretty different. For the guys who like free bets and aren’t really clued into exchange betting there’s a Bet £10, Get £10 Promo. Not the most generous offer when you look about but it caters for those they will attract from their Sunderland and Charlton partnerships…

While they also offer their Daqback special where you can get up to £1,000 commission back after your first month on the site. You will have to turnover quite a lot to get the full £1,000 but they seem to have all bases covered for the different customer types.

Keep up to date with their latest promotional offers here.

One big advantage Betdaq has over Matchbook and Smarkets is that they have a good selection of trading tools. Having a trading tool is an absolute must for speed – this is no different on Betdaq. You will have to work a little harder to get your bets matched and orders in but the good news is that trading tools like Geekstoy and Gruss Betting Assistant are completely free on Betdaq.

The Betdaq desktop site is nice to use and easy to get around if you don’t like using software. It’s layout is very similar to Betfair however several do miss the fact that you can’t have a ‘My Markets’ function – if there are a couple of markets that you’re interested in and want to keep them one click away, having the ‘My Markets’ section always saves time in the afternoon. Personally I will always use software but I consider it a missed trick on their part.

Apart from that obvious negative ,there are some nice little touches on the Betdaq desktop site. Racing replays are great for punters who want to study the form. Also, the live streams rarely have an issue and are pretty fast. There’s also some nice little extra’s on site too like ProForm Stats, Bet Finder and Football Stats which could help some punters. I’ll go into a bit more detail on them in a sec.

This is really one area that I feel the Betdaq brand could improve a lot with.

The App seems to be miles behind Betfair, Matchbook and SMarkets. The latter two could possibly overtake Betdaq in this department soon. The Betdaq App is a little slow and clunky to use, it just isn’t a smooth experience. It doesn’t offer a pin login which slows everything down for the average user. Navigation to each market could be better on the right hand side too.

For the casual punters, it doesn’t go into the same detail as Betfair with their drop-down information under each horse and it’s definitely easier to navigate the price history graphs on Betfair. All that being said, the Betdaq App overall isn’t that bad; it could just be so much better! Perhaps this is an area that they can improve in this year.

There are some hidden gems when using Betdaq. Bet Finder can be a fantastic tool, saving you time. You can also get free ProForm Stats (subscription is costy). ProForm have made some changes to the free Betdaq Stats this year and while it’s not as good as it once was, it’s still a nice feature to have.

For those of you who love their football, you will see ‘Soccer Stats’ over each football market on Betdaq. Ok, it’s not for everyone but some punters like to know the card, corner and goal stats before kick off.

You will find plenty of helpful information on betdaqtips each day too. There’s a host of educational articles, including some wrote by none other than yours truly! You will also find the Betdaq XSP comparisons to the Industry SP on ITV Racing. It helps to see why exchange betting is so much better than betting with a bookmaker!

What Does The Future Hold For Betdaq?

Betdaq have indicated that they will be sticking to their flat rate 2% commission for the foreseeable future, so I can only see liquidity continuing to grow. With Cheltenham coming up, you should definitely take the chance to check out the site for yourself and see just how much they have improved in recent months.

Time will tell what route they go down with their sponsorships, with Sunderland and Charlton they could potentially get into the Championship next season. That will offer Betdaq a much bigger platform and no doubt more customers and increased liquidity.

It’s good to see the Betdaq brand getting out there, especially at Punchestown which is a major festival in Ireland.

I would like to see Betdaq invest more in their App to make it quicker and this is one area that they can certainly improve. We traders all love our software and desktops but you have to remember that for casual punters as we move away from computers, more and more punters will just want to use their phone and Betdaq must improve their App if they want to keep up. It all contributes to liquidity.

Missed anything? Let me know what you think Betdaq should do next in the comments below!

11 thoughts on “Betdaq Review: Your Platform of Choice?”