Where do I start?? what a week its been!

probably more so in the last week. Being so conscious aware of it means its more likely to be here for the long-haul, hopefully.

As I said in my previous post; not a lot really in terms of what I actually ‘do‘ in the market. But more a case of how I’m feeling about it all, that it turn has an effect on my actions in terms of responding quickly or slowly, which either stops or encourages me to get evolved at key points.

Not loosing is probably more important than winning.

A lot of the time its surprising how if you ‘feel‘ a certain way towards trading it will in-turn iron out some of the creases in your edge on the market. This evening I did just under 2 hours trading and wasn’t all that far off matching my daily wage (after deductions obviously). It’s great to do this in such a small amount of time, it’s a great feeling although I’m aware I need to keep a level head on it as at points it feels like a bit of a dream at the moment!

Could it just be probability doing it’s thing? I doubt it… look at the consistency!

So what brought on such a change? Bit of a lucky mixture of things I think…

Firstly the enforced break I took right at the beginning of the month when I went to see some family may of helped. Also I started some relaxation techniques again before trading, not pressuring myself quite as much in general and to be honest; I probably owe a bit to GeeksToy Forum for the continual positive debate and feedback.

It’s tough when you’re trying to progress with trading and the outside influences towards it are constantly negative. I put it down to the fact most people you talk to don’t understand, thanks if you’ve been contributing!

It’s not something I’ve heard other mention all that much but it has really effected me at points. Anyone at work just seems to give me a daft look as soon as the word betting or Betfair is mentioned. The family aren’t quite so bad although the Mrs. seems to have developed a bit of a sour taste if it’s mentioned too! …who knows, maybe that’s because of all the time I spend reading about it though. Interesting to hear if others find it a struggle?

Anyhow its a school night and way past my bedtime! as Cilia would say… 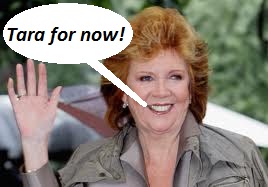 2 thoughts on “Crazy Changes… Does This Happen To You?”