So Ascot continues!… and im finding it really frustrating to be honest, im not sure if it’s because im playing too big, reacting too slow or just the fill rate isn’t quite what I expected?

Either way it’s very mediocre and if I’m honest I’d probably just prefer a normal week at the moment!

Day 16… The worst start to a day I’ve had… probably EVER! 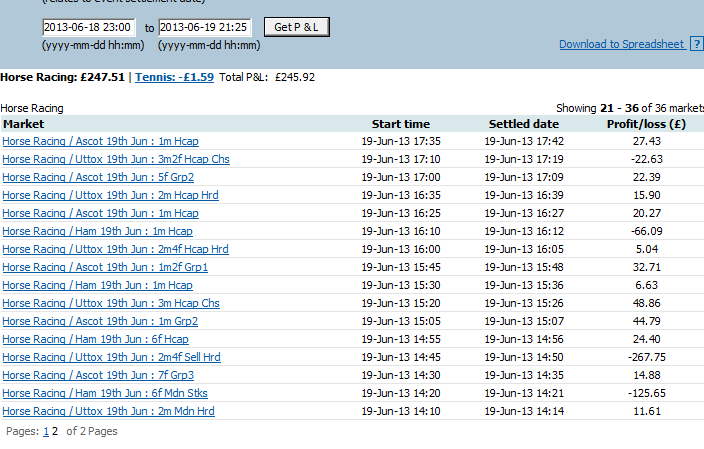 Looking at that it’s clear I was just well over excited with the staking on the races between Ascot and as the day progressed I started to leave the races out before the Ascot events.

I try to keep a positive spin on things and not allow myself to go down the route of ”everyone’s against me and its all being manipulated” but the races in between I did feel a little like that!

I hunkered down and carried on into the early evening, so it was a good turnout to get the result I did eventually.

More tennis today and I’m really getting a feel for it, I found myself in a good position in all 3 of the games I traded although probably pressed a little too hard in the final 2 trying to lock in similar profits to the first!

The first game was a really good game and I threw away about £30 profit getting over excited. I’m really keen for the tennis at the moment as its new and exciting and I consider it easier to scale up the profits than the horses! 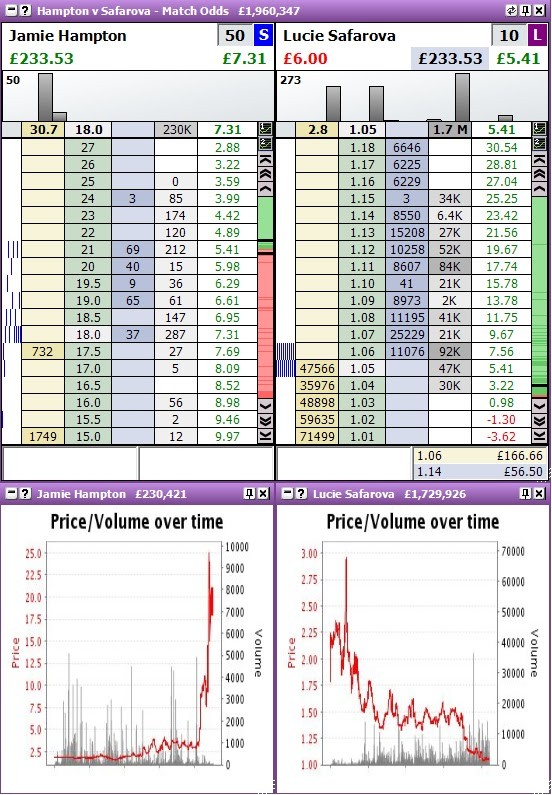 This is the screenshot moments before I caught my best swing yet on the initial game.

I tried the same thing on both the other two games, although the second one never reversed what-so-ever and I lost my £11 green. The last game however, I bottled it and hedged up for a few pence loss before it reverted back 10 tics or so… these things will happen I suppose!

You can see im still only playing small stakes/liability so the results aren’t that bad at all!! I just need to work on not scaling out my position so quick when im onto a good thing in these situations as I wasted a lot of profit scaling out far too early.

Obviously off-setting your position is vital in these situations to make sure you win more than you lose but doing it too much too early sometimes can really waste a good green!!

On the whole the day wasn’t too bad but I probably spent most the time watching the tennis. 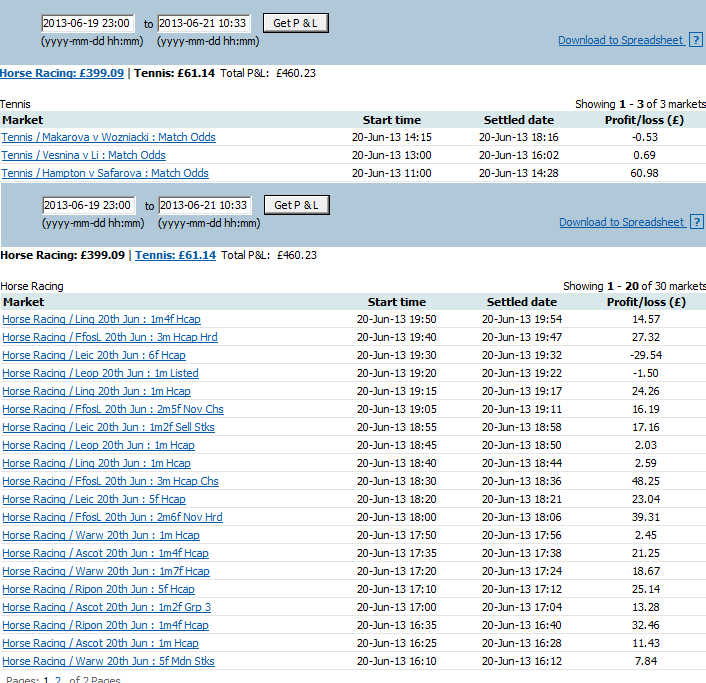